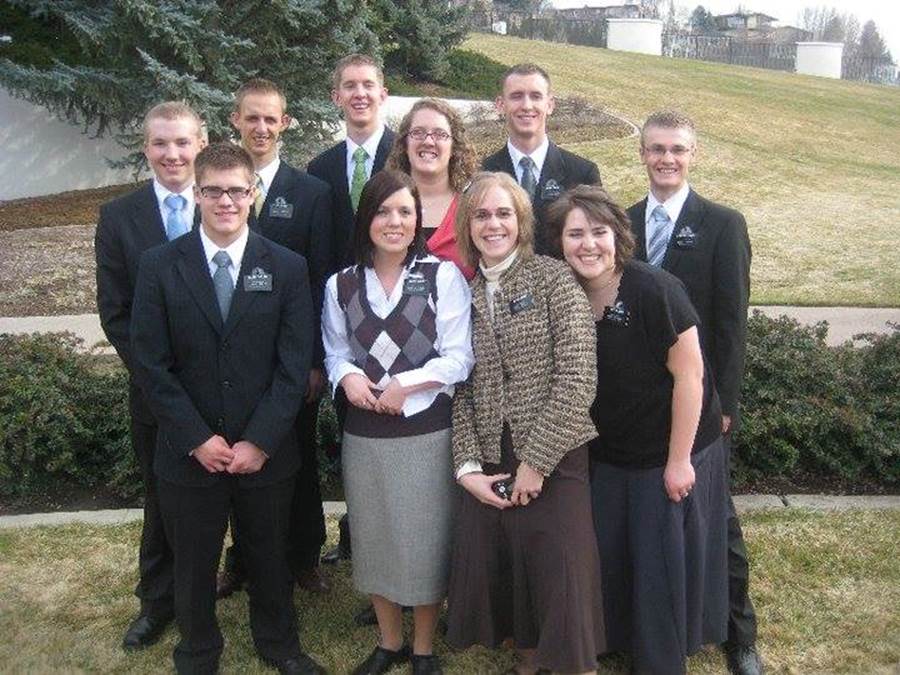 She Had Been Praying to Find a Church

As my companion Elder John Keeffer and I were planning our next week, we realized that we had not found an investigator who had progressed to baptism this entire transfer. We would find lots of new investigators, but they would never progress. We decided that we should pray and ask for the opportunity to find a new investigator that would progress all the way to baptism.

Saturday arrived and we decided to go and check up on an investigator who we had found a couple of weeks before but had seemingly disappeared.  This surprised us because he had stopped us to talk to us, so we had great hopes for him.  We were a little disappointed that we had not been able to find or talk to him again. He was never at our return appointments. As usual we knocked on his door and nobody was home. It seemed that he had moved away.

We decided that we might as well finish knocking his apartment complex.   At the first door we knocked on, a lady named Stacey came to the door. When she opened the door she said with a big smile, “Elders! Good to see you!  Come on in.” We didn’t even have a chance to say anything and she had already invited us inside. We were shocked. So we walked in and she started to talk to us like we were her best friends. We finally asked her why she had invited us in. That’s when we realized our prayers had been answered, as well as hers.

She told us that her son Dixon, who was 12, had been watching us for the past month (we were always on bikes).  He was always asking his mom what we were doing and who we represented. Then she said that one day they had driven by the LDS Temple.  Dixon asked his mother what that building was. She told him that it was the Mormon temple. He then asked if they could go inside the temple and she told him that you had to be a Mormon to go inside. He then asked his mother, “How do we become Mormons?” She told him that you had to be born into the Mormon Church and that they would never be able to go inside.

At this point, we started to teach her about the Restoration and more about LDS temples. She was so excited to learn more about the gospel.  We felt the strong impression to invite her to be baptized, even though we had only been with her for a few minutes. She said that she would indeed like to join the Church and so we set her baptism for 3 weeks later.

We then discovered that we had answered her prayers. Just thirty minutes before we knocked on her door, she had been praying that she would be able to find a church to attend on Sunday.  We then knocked on her door and she let us in. It was fantastic. The next lesson we were able to meet with Stacey, her son Dixon, and her daughter Nyla who was seven. We invited Dixon to be baptized and he said that he would. Nyla also asked if she could be baptized. We had to explain that she could get baptized when she turned eight. She was really sad that she couldn’t get baptized with her family but was excited that she would be baptized the next year.

Everything went great with all the lessons. We had a wonderful lesson about the temples. We found out that Stacey’s husband had died just a year ago. We told her about baptisms for the dead and eternal families. The night after we had the lesson on temples she felt that her husband wanted her to go to the temple have his ordinance work done, such as baptisms for the dead, and being sealed together for time and eternity. When she was telling us of her desire to complete her husband’s temple work, the spirit was very strong.

Her baptismal day quickly arrived and she had the Bishop baptize her. After her baptism and talks were over, Stacey stood up and shared her testimony to those in attendance. She also discussed the importance of missionary work. It was truly one of the best experiences ever on my mission.

What a wonderfully faith promoting story. When I served in the northeast many years ago, a friend from CT had told me people were very reserved. My first Sunday in the Albany, NY Ward, a young woman walked up to my companion and I and asked us to teach her. What an introduction to missionary labors! Her boyfriend at a local Catholic college had joined the church the year before and she became interested. We taught her and she was baptized despite some opposition from her parents. She waited for her boyfriend to serve a mission and after his return I surprised them on their wedding day at the Washington DC Temple. They have raised a wonderful family, sent sons on missions, and served faithfully in the church and community. He is currently the Albany Stake President. It has been wonderful to have the opportunity to make such eternal friends.

It is wonderful to have our prayers answered, but it is also wonderful to be trusted by the Lord to be the answer to prayers of others. That is one reason to pray to Heavenly Father to be led to those the He is preparing to hear the gospel. Thanks for sharing such an inspirational story!