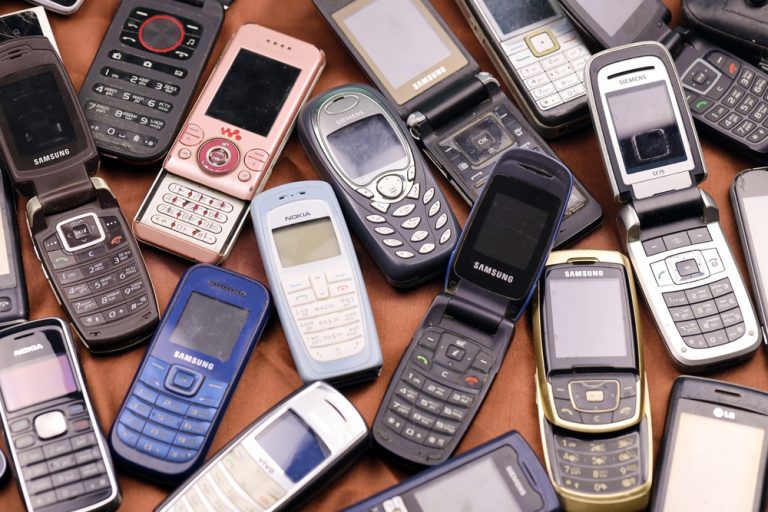 I was sitting in a meeting recently when a person’s phone went off. His ring tone is a quacking duck. He is getting older and has his phone is usually turned way up, so all discussion stopped. The person who owned the phone pretended he was looking around the room to see who the culprit was, even as he tried to nonchalantly shut it off.

He was not fooling anyone, and I’m sure he knew it. Everyone in the meeting had heard that quack quack before, and they all smiled. But it did lead to a fun discussion about ring tones after the meeting. I’ve heard some funny stories about them I thought I’d share.

One lady said that when her mother passed away, her sister had a singing ring tone. It sang, “What Doesn’t Kill You Makes You stronger.” It just happened to go off when the family was in the funeral home looking at caskets.

Another lady said they lived on a really busy road. Without her knowledge, her teen son changed her ring tone to a motorcycle revving. All day long she was checking to see who the rude person was that was making so much noise. She could never catch the culprit. When she mentioned it later that evening, her son got a good laugh out of it. And to top things off, she realized she had missed a lot of calls during the day.

A third lady said her phone was always set to the good old-fashioned ring phones made when everyone had landlines. She had a habit of always waiting until the second ring to pick it up. This lady owned a gold macaw parrot that was thirty years old. The bird had heard the ring a lot and knew the routine. When he heard it, whether on a phone, tv, or anywhere else, he waited until after the second ring and then said, “Hello.”

Another lady said her son had changed his father’s ring tone to say, “WARNING! It’s the wife,” whenever she called. She was okay with it, but her husband was not.

My favorite ring tone story was one a man told. He had to get a new phone because his went defunct. Trying to save money, he had gotten a used one that was still in decent shape. It was sold by someone who wanted to upgrade to the newest and greatest model.

He got the phone and took it to the cell phone store to activate it. The young lady that helped him said it would be some time before the phone was live. She did promise him it would work within twenty-four hours.

“Will it signal me when it starts working?” the man asked.

The helper shook her head. “Once it does, it will just work the next time you try to make a call, or if someone calls you.”

The man heard someone whistling in his house in the middle of the night. His wife was asleep beside him, and no one else was living there. He sat up, considering that someone must have broken into their home.

He grabbed a gun to defend himself, then cautiously made his way to the sound. What confused him was why the person would whistle, then stop, then whistle again. In fact, why would an intruder whistle at all? And to add to the mystery, the person kept whistling the same phrase over and over. Were they trying to draw him to them? Was he walking into a trap?

Trembling, with his gun raised in front of him, he came around the corner into the room where the intruder was. That was when he saw the light on his phone, and it dawned on him what was happening.

“In my anxious state,” he said, “I could have killed my cell phone and had to buy another one. And all of that for someone trying to get me to renew my car warranty.”