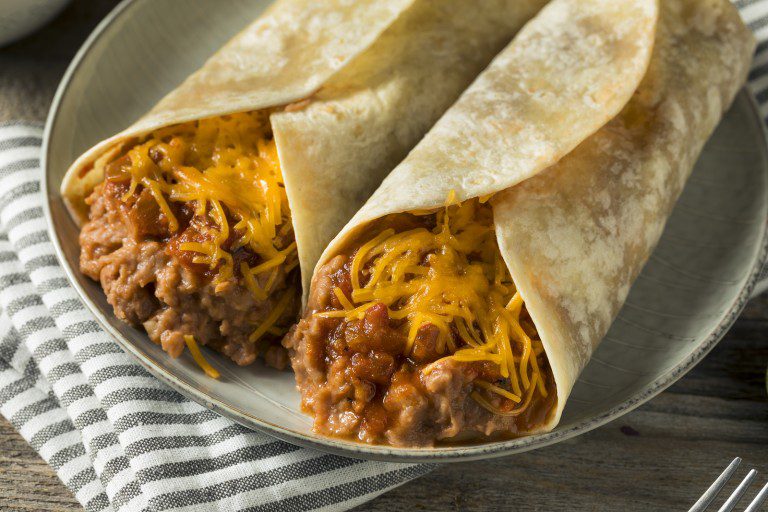 My daughter, Celese, worked at a taco establishment. One of the things that annoyed her most was when boys came in and flirted in a crude way. Unfortunately, just such a group of boys had started coming in every evening and stayed until closing. The girls working there were getting fed up with the boys’ sexist attitudes.

One evening just before the dinner rush, Celese, who was shift manager, made a frightening discovery. They had run out of refried beans. The workers checked everywhere to see if there were more. Many of the restaurant foods were quite impossible to make without them. Finally, Celese called the restaurant owner who didn’t like being bothered at home.

When she told him the problem, he sighed. “I know we’re out. We went through more than usual, and the shipment doesn’t come in until tomorrow.”

“What should we do?” Celese asked.

“Do two things,” the owner replied. “To try and get people to buy chicken instead, put all chicken items at twenty-five percent off. If people still order bean items, you will have to use the instant refried beans. There are some twenty-five-pound bags in the southwest corner of the storage room. They aren’t nearly as good, and they are quite old, so we ought to get rid of them, anyway. Heap them on to make the customers feel like they are getting a good measure.”

Celese hung up the phone and told her coworkers what they needed to do.

“Instant?” Sheila said. “Those things taste okay, but they give a person more gas than a tanker truck, along with the runs if you eat too many.”

“Well, we don’t have much choice,” Celese said.

Celese retrieved one of the bags of instant refried beans and read the instructions. It said, “Soak beans for fifteen minutes before heating.”

She set a five-gallon bowl of them soaking, and it was just in time, because the dinner rush was starting. Most people ordered the on-sale chicken items, but a few ordered bean foods.

They were just getting through the dinner rush when, right on schedule, the annoying boys came in. The boys started in with their crude remarks, thinking they were flirty and funny. The girl working at the counter was new and was almost in tears when she came to get Celese.

“Some boys are asking for the manager,” she said.

Celese knew who it must be, and she sighed and went to the front.

“Hey, hot Babe Manager,” the lead boy said. “We know you love us and thought you might have some free food you wanted to give us.”

Celese thought to herself that there was something free she wanted to give them as she doubled up her fists. Then Sheila pulled Celese aside.

“Why don’t you give them some bean burritos?”

“But they are instant and you said they give a person gas and the. . . “

Celese stopped as Sheila grinned and nodded. Celese realized what Sheila was saying.

Celese stepped back to the counter and smiled at the boy. “You are in luck. Because you are our most constant customers, tonight you get all of the bean burritos you can eat for free.”

“For free?” the boy said. “You must really love us, Blondie.”

“If you only knew how much,” Celese mumbled under her breath.

She got her crew busy hydrating beans and making bean burritos. During the evening, Celese figured each boy ate about a dozen. But then, they suddenly started looking very uncomfortable. Eventually, from one boy exploded a sound that made everyone stare and filled the restaurant with a smell that resembled that coming from an open tear gas canister. Soon the boys were rushing to the bathroom. They left immediately after, which was good, because the smell had pretty much cleared the restaurant of paying customers and needed to be aired out.

However, the best part was that it was about a week before the much more humble boys came back. But still, Sheila hid the last bag of instant refried beans away just in case they were needed again.