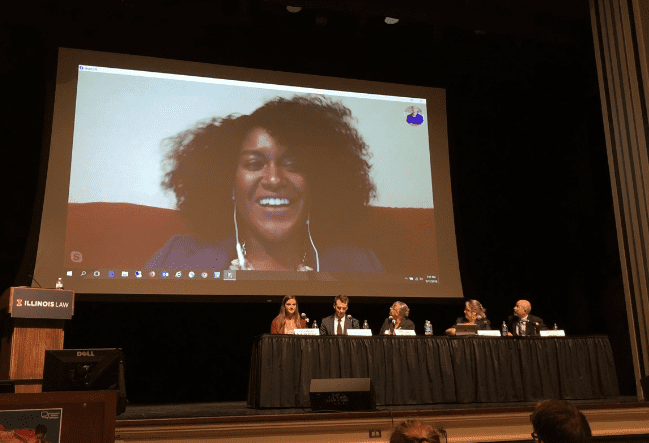 Religious Liberty and the Culture War Over LGBT Rights: Can University Students Make a Difference?

Bryce Tune wants to win elections someday. But he has a problem: his core beliefs are a complex mix of conservative and liberal values.

He’s Christian and he supports the LGBTQ community. He’s pro-gun and in favor of Medicare for all.

Tune, a freshman at the University of Illinois at Urbana-Champaign, worries he’ll have to choose a side to succeed in politics. But it’s politics that really needs to change, said Robin Fretwell Wilson, director of the school’s family law and policy program, during a Sept. 17 event on campus titled “Religious Liberty and the Culture War Over LGBT Rights: Can University Students Make a Difference?”

“People think, ‘I have to side with this value. I can’t side with that one,'” she said. “Culture war conflicts (create) an either/or. Well how about ‘and’?”

Wilson and other speakers at the event advocated for a more tolerant form of politics, which would feature searching for common ground instead of drawing strict battle lines. We should celebrate people who empathize with both sides in clashes over LGBTQ and religious rights, not make them feel out of place, said Shannon Minter, legal director of the National Center for Lesbian Rights.

People like Tune remind us that our country could be less polarized if we give tolerance a chance, Wilson said.

“I think the challenge for us is to find a new chapter of American pluralism,” she said.

Oh I hope so!! And I SO agree! I changed my voter registration last year to Independent because neither party represents my beliefs and I'm tired of the polarization that prevents anything from change. Let's hope our younger friends can make the needed changes in these parties, and politics to a kinder, more inclusive and respectful system!!!