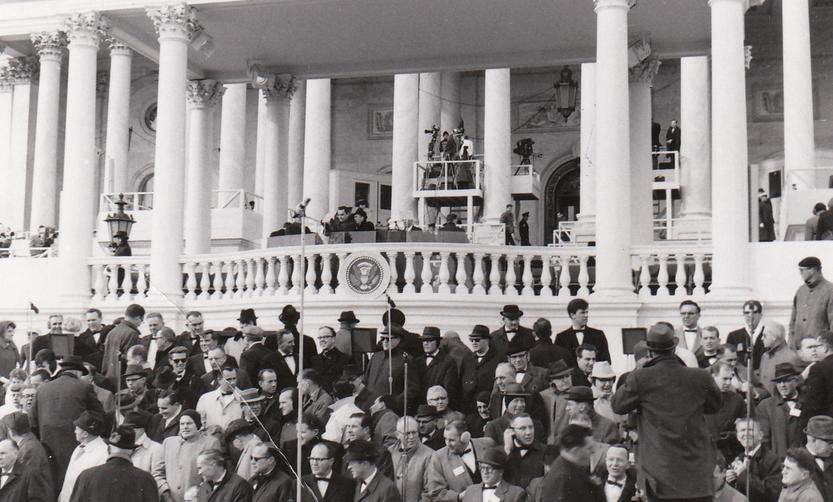 In the last “Saturday Night Live” episode of the year, Alec Baldwin’s faux-Donald Trump is handed a list of all the performers willing to participate at the presidential inauguration.

“They’re both great,” Baldwin says, as he looks at the tiny scrap of paper on which the names are written.

In contrast, the list of acts unwilling to appear would likely fill up a lengthy scroll, which is why the Mormon Tabernacle Choir’s acceptance of President-elect Trump’s invitation has generated a great deal of controversy. When the news broke, my Facebook feed erupted with indignation, as many of my friends saw this as a de facto Mormon endorsement of Trump’s controversial campaign.

I found the news somewhat depressing, not because I agree with that assessment, but rather because I recognize that this is how the choir’s performance will be interpreted by many. It shouldn’t be, as the choir has performed at five other inaugurations for presidents of both parties, beginning with Democrat Lyndon B. Johnson’s inauguration in 1965, according to a news release from the choir. If the choir had turned down Trump, that would be a partisan decision. It would also open the door to every appearance of the choir being viewed through a political lens, which would add an unnecessary complication to an organization that is committed to spreading goodwill across the globe, regardless of political affiliations.

Consider the choir’s appearance in Berlin in 1955, which required it to travel through Russian territory during the height of the Cold War. The performance took place roughly six years prior to the construction of the Berlin Wall, which means that many in attendance were ardent communists. Back then, it’s unlikely that anyone would have presumed that the choir’s visit behind the Iron Curtain should be interpreted as an endorsement of the Soviet Union or communism in general.

Below is an excerpt from another interesting article exploring this subject:

If I didn’t have the worst singing voice known to mankind, and I was talented enough to earn a spot with the Tabernacle Choir, I would sing with all my heart at the Presidential Inauguration. Here’s why.

Look… I’ll be honest. I didn’t vote for Donald Trump, Hillary Clinton, or anyone else on my ballot when it came to president for that matter. I loathed… no, I gagged on both choices. I did vote… but when it came to voting for President, I was completely paralyzed while standing at the booth. Judge me if you will… but I couldn’t bring myself to throw my support behind any candidate. I did not view either of them as leaders I would want to follow. I pride myself on choosing good leaders to follow… and so I withheld my vote on principle alone. Many people would argue that was stupid, and that I could have at least voted for the lesser of two evils. Maybe they’re right, but I made a personal political decision to stay neutral.

That was politics… but when it comes to being a missionary, or as Christ said, “letting your light so shine” before mankind… we are required to be “no respecter of persons” as the scripture states. I may not vote Donald Trump or Hillary Clinton for president, but I would still knock on their door, Book of Mormon in hand, smile on my face, light of Christ in my heart… and love for whoever decided to open that front door. I would mow their lawn, paint their fence, help them move furniture, feed their horses or sing at their inauguration any day of the week if it meant that I could in some way bring the Spirit of the Lord into their lives.

Is there anyone in the presidential congregation that the Mormon Tabernacle Choir could sing for that is worse than King Lamoni, or the pre-converted missionaries that eventually went and preached to King Lamoni. What if Ammon and Aaron were like, “No… we’re not going to go to Lamoni and the Laminites because they are the very vilest of sinners.”

To read the full article by Greg Trimble, click here.

I believe the Choir member who chose to resign has provided the Church with the best publuc relations it has received in years. We are viewed as mindless lemmings by much of America, assenting without comment or examination of issues if someone in a position of authority says something. We could not have asked for a better counter example to this narrative than our choir's former member acting on conscience.May God bless her for her courage. May God silence her critics.

I heard someone draw a parallel between those who feel it is fine or even noble to refuse to perform at this Trump inauguration but also find it very wrong for a religious business owner to refuse to bake a cake, photograph, or arrange flowers for a same sex marriage. Double standards abound!