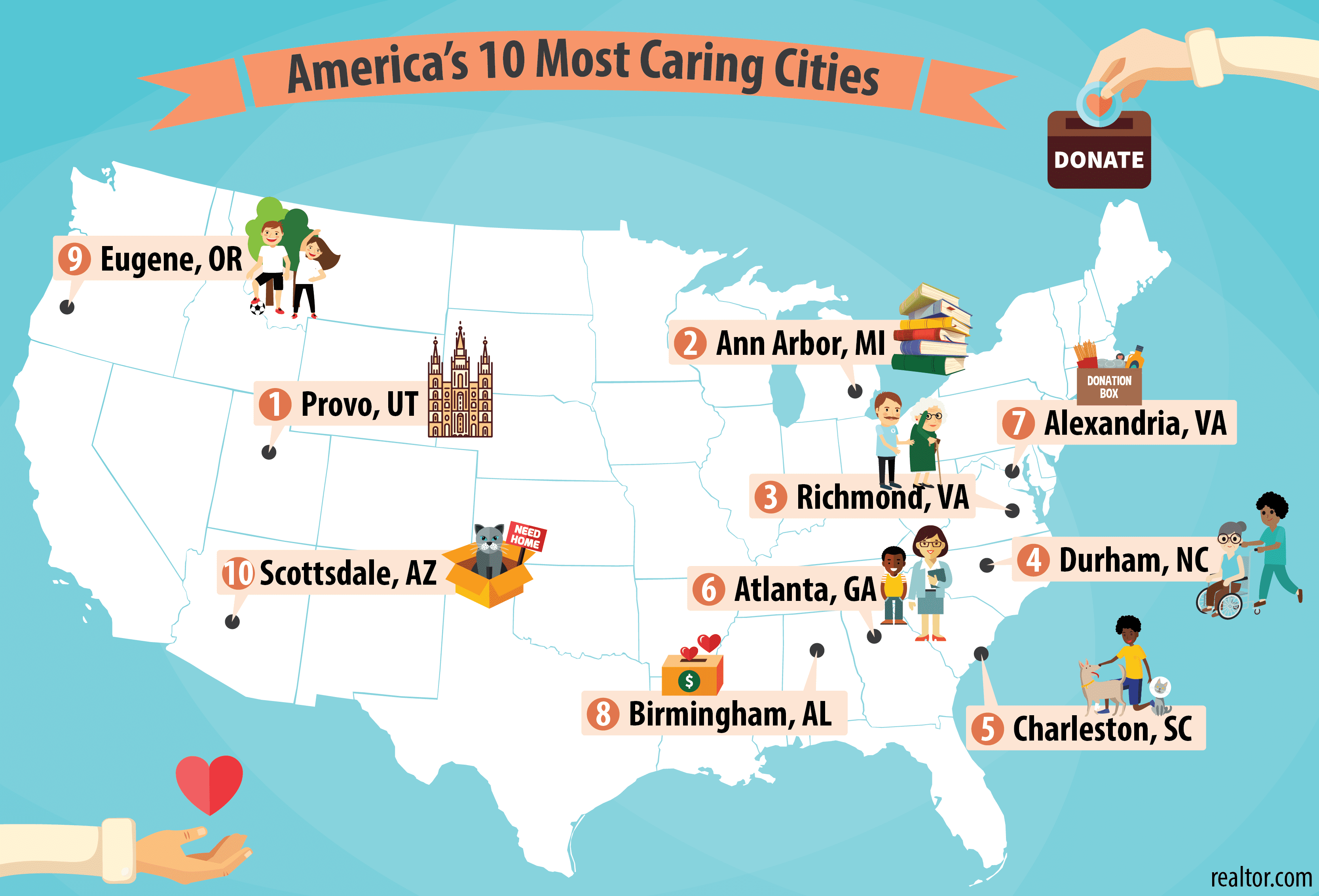 Is America a compassionate place? It’s easy to think otherwise if you spend lots of spare time gaping at high-decibel political debates on “Anderson Cooper 360” or trolling partisan sites on social media. Certainly, no one can argue that the United States is a bitterly and perhaps intractably divided nation these days. But if you’re searching, hoping, praying for some sunlight, here it is:

America is a nation of givers.

People across the country, far from the media spotlight, are making a big difference in their communities, shelling out both cash for the needy and lots of their own time and effort. In fact, you could make the case that the urge to do good is built into the American psyche, whether shoveling an elderly neighbor’s driveway or donating a kidney. We like to help. It defines us.

In 2015, Americans donated over $373 billion to charities, the highest amount ever, according to Giving USA, a tracking firm. And while the volunteering rate, according to some statistics, has been dropping (it hit 24.9% in 2015, its lowest point since the Bureau of Labor Statistics began measuring it in 2002), those numbers don’t tell the full story. The forms of altruism that are popular with millennials and just about everyone else with a Wi-Fi connection—online fundraising, social media campaigns, and purchases that benefit charities (like concert tickets and T-shirts)—are ticking up. And each year, pro bono work from businesses becomes less of an afterthought, more of a central mission.

“The U.S. is a generous country,” says William Chopik, an assistant professor of psychology at the University of Michigan, who co-authored a study on nations and empathy. “America is always coming to other countries’ aid whenever there’s a disaster. And hand in hand with that, we also have an unusually high volunteering rate.”

You know something? We feel better already.

To find out the most caring cities in the country, we ranked the 250 largest cities using the following criteria:*

Ready? Let’s get out there and do some good.