President Oaks asks BYU: ‘How are we measuring up’ to President Kimball’s 1975 call to be ‘unique,’ ‘special’? | Meridian Magazine 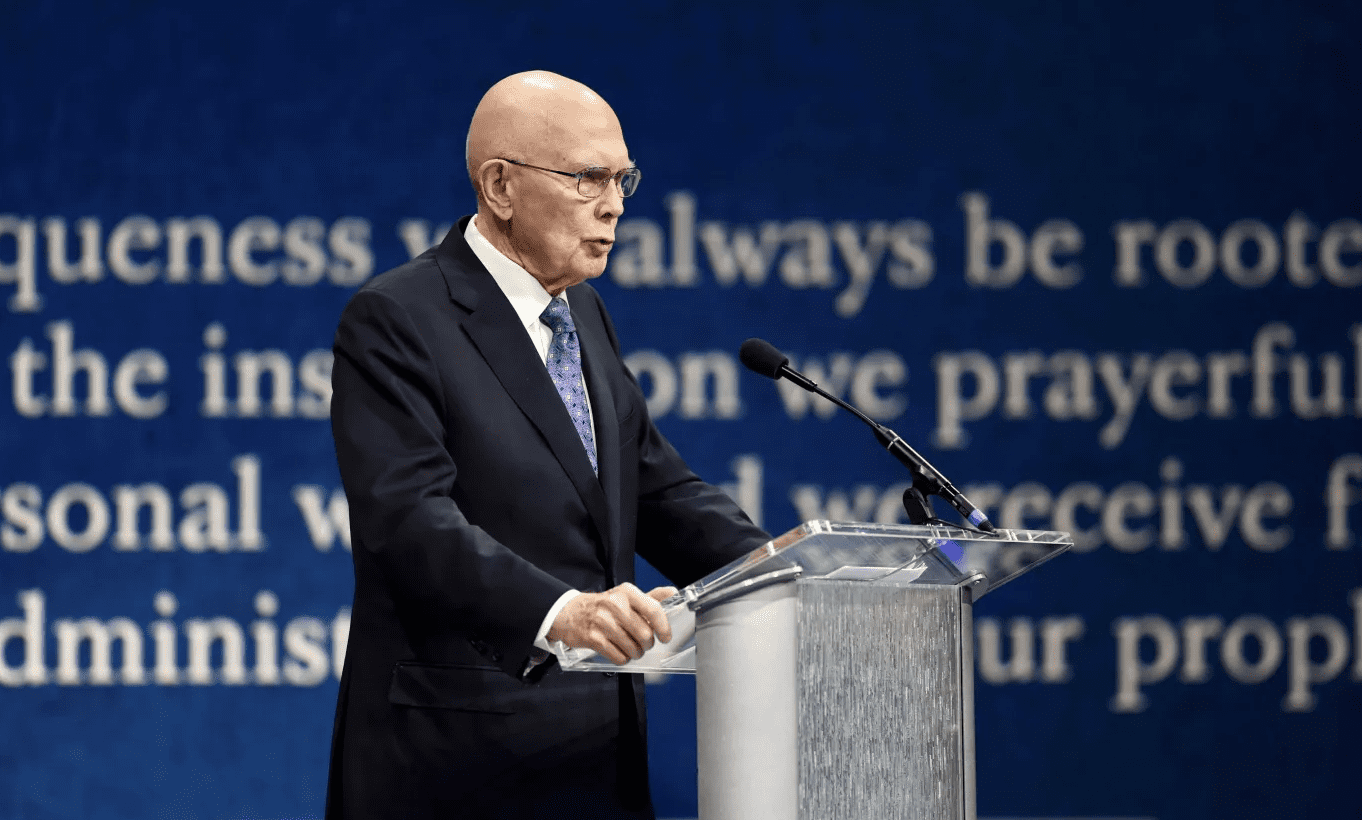 President Oaks asks BYU: ‘How are we measuring up’ to President Kimball’s 1975 call to be ‘unique,’ ‘special’?

As Brigham Young University celebrated its centennial in 1975, Church President Spencer W. Kimball gave his “Second Century Address,” calling on BYU and its students to be unique.

With a front-row seat for the landmark address, BYU’s president — then in his early 40s and about halfway through his eventual nine-year leadership tenure — had been working to avoid extreme federal Title IX regulations. He had testified before a congressional subcommittee earlier in 1975, explaining how the private, Church-sponsored university and its Honor Code and commitment to gospel tenets differed from most institutions of higher education.

That BYU president still has “President” as a title today. President Dallin H. Oaks — first counselor in the First Presidency — returned Tuesday, Sept. 13, to the same BYU Marriott Center nearly a half-century later to revisit President Kimball’s address. In remarks titled “Going Forward in the Second Century,” the 90-year-old President Oaks called on BYU faculty and students to continue to be unique and to dare to be different.

Acknowledging that most of the current students and many of the current faculty were born after 1975, BYU’s events of that year may seem as “ancient history, yes — but important history to remember when current worldly pressures are focused on our differences.”

President Oaks said President Kimball noted, in his address 47 years ago, BYU’s “double heritage,” with concerns and opportunities both secular and spiritual. President Kimball said the university must not be shackled by “worldly ideologies and concepts” and not allow itself to “be made over in the image of the world.”

President Kimball added: “We expect — we do not simply hope — that Brigham Young University will become … a unique university in all of the world.”