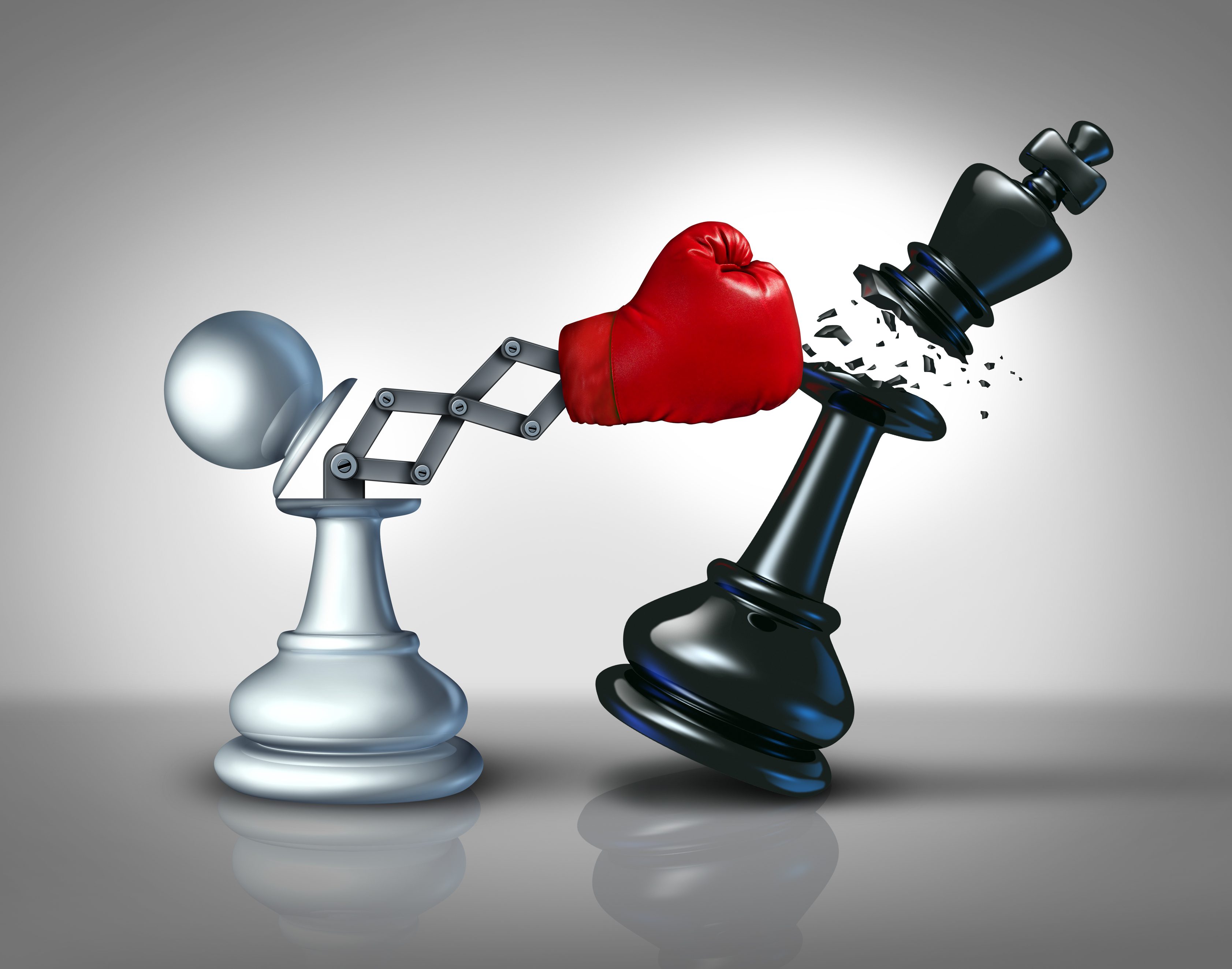 Satan doesn’t get enough press. Too many people think he’s the quaint invention of yesteryear’s desperate parents, like boogiemen and monsters who are going to gobble up naughty children.   Even strongly religious people today question whether “the devil” is real, and many don’t believe in an unseen enemy who’s tempting us to do wrong.

It hasn’t helped that artists have depicted him as a solid red humanoid with cloven hooves and horns. The more distorted from an actual person he looks, the less likely we are to believe he’s real.

Of course, that’s exactly the way he wants it. If people aren’t on guard watching for his devious tactics, he can catch them unawares. Anonymity is as helpful to him as a cloak of invisibility would be to any soldier.

He has no distractions from his task—no daily grind to pay a mortgage, no kids to raise, no traffic to drive, no housework to do, no callings in church, nothing on his “to do” list except destroy souls. Oh yes, and he has legions—literally legions—of helpers. And did I mention that he doesn’t sleep? Nope; he’s able to lay snares 24 hours a day. Also, since he has no body and cannot die a physical death, he’s been at this for the entire history of mankind. You do something that long and you get pretty good at it.

Latter-day Saints know his purpose, and know that it began in the pre-mortal existence with a War in Heaven that’s still ongoing. Satan vowed to lead astray as many of us as he could and thus he knows us intimately, and knows exactly what our personal weaknesses are. He is charismatic, smart, convincing, cunning, and determined. You don’t lead millions of people along without some leadership ability.

And today the battle rages on, only our opponents are invisible. If you think you have escaped his attention, or that he doesn’t have you in his cross hairs, you are dangerously naïve. Satan has a diabolical plan for every one of us, tailored to our tendencies and flaws. Worse than any viper or poisonous insect, he’s crafty, he’s subtle, and he’s deadly. Earthly dangers can take your life, but Lucifer can take your spirit.

I’m not very good at chess. I know the moves each piece can make, but I’m impatient. If I could find someone equally antsy and willing to play without thinking very hard, I’d have a good chance of winning. Because that’s how I play—I hurry without studying. I like games that move along at a brisk pace, not games where each player analyzes countless options for twenty minutes before making a move. Consequently I am no match for real chess players.

And this is, unfortunately, the way many of us go through life—unaware that Satan has already considered every move we could make, and is waiting with a zinger move to match each possibility. If we race along without thinking—or worse, deny that he even exists—we are sitting ducks.

I’ve painted a rather unbalanced battle for us, haven’t I? How can we possibly compete with a soul-stealing chess master who’s up night and day trying to destroy us? What chance do we have?

We actually have several ways to thwart him, the greatest being the fact that Lucifer is no match for our Savior, or for God the Father. We have infinitely more power at our fingertips than Satan could ever muster. By remembering whose team we’re on, and actively seeking help from our Father in Heaven, we have more than a fighting chance. If we keep the commandments and repent regularly to enact the atonement in our lives, if we serve and love our fellowmen, if we pursue every saving ordinance we can—then we win. And we even have joy along the way.

It isn’t enough just to have a testimony. After all, Satan has a testimony if you define it as knowing the truth about the restoration and who God and Jesus are. He absolutely knows the truth and that only infuriates him further. We have to do more than know; we have to act. We have to keep that testimony growing and utilize its power in our lives, enduring to the end.

One of the keys to having God’s power in our lives is prayer. Another is dogged determination to make it home. No wavering. No scooching up to the edge of the cliff, just solid commitment to the gospel. Staying active in the church, where we can enlist the help of those around us, and continually take inspiration from like-minded associates, is another weapon in our arsenal. Becoming temple worthy and then temple frequenting, protects us. Priesthood blessings can protect us.

Likewise, we have to do more than know that Satan is real. We have to know his devices. And here’s where the chess playing comes in. We need to self-evaluate and face our shortcomings. We need to admit where we are weak, and watch for ways Satan will try to exploit those vulnerabilities. If you were him, how would you trip yourself up?   You know exactly which temptations appeal to you, and which ones are a waste of time. Does he target you with discouragement or self-pity? Does he know jealousy and covetousness are a challenge for you? Does he compel you to seek out inappropriate entertainment? Is pride your problem? Does he keep you lazy, resentful, or selfish? Wherever you are weak, that’s where he will strike.

And these are the traits you and I need to work on, with Heavenly Father’s help. Is it hard? Of course it’s hard—life’s not supposed to be a coma. It’s an active, participatory experience in which we often learn painful lessons. We have to strive and sacrifice. It takes work—hard work! But the alternative is being in bondage to Satan, so we need to roll up our sleeves and study the chess manual. We can see his designs in the Bible and in the Book of Mormon, and just as a good coach analyzes the opposing team’s moves, we can learn the adversary’s.

Does he know us intimately, and know the things we are likely to do? Yes—but never forget that we know him, too. Our leaders give us message after message to fortify our ranks and make us able to recognize evil and avoid it. Satan may be invisible, but his moves are absolutely recognizable. So watch for his pawns to come creeping up on your Queen. This is one chess game you can absolutely win.

Hilton’s LDS Nursery Rhymes is hot off the presses and can be purchased at the BYU Store, or at this link.

Lesson 43 is posted and should be able to be opened and read without any errors.

Please, Please give us back the Gospel Doctrine lessons. We desperately need them. The Pop-up says: "Page Not Found" This is a service to the LDS community that no one else offers. Please have your techy fix the problem. Please restore. We need Lesson 43. What is the title? We need all of the info we can get. Thanks!