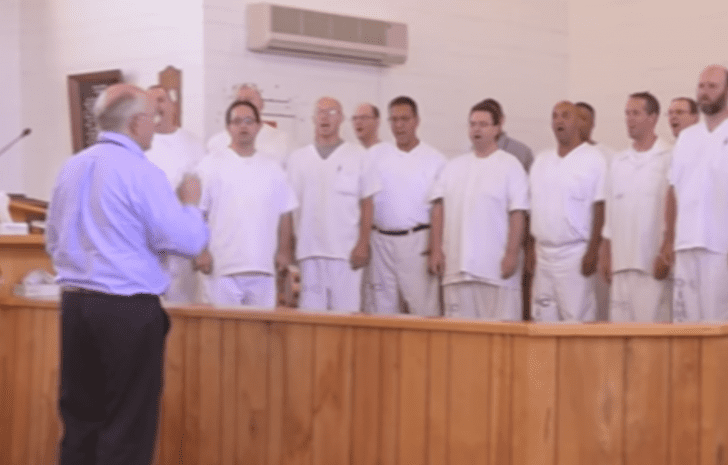 Mormon Tabernacle Choir director Mack Wilberg has taken a new group of musicians under his wing — but you’ll have to visit Utah State Prison to hear them perform.

Members of the advanced vocals class in the prison’s Wasatch Music School performed two numbers under Wilberg’s direction on Saturday during the school’s spring recital. It wasn’t just a guest performance — Wilberg said he intends to continue to working with the prison’s choirs.

David Aguirre, Wasatch Music School director, reached out to Wilberg earlier this year to ask if someone from the Tabernacle Choir could offer a master class for some inmates who study there. Wasatch Music School offers a variety of courses to inmates, but it’s an entirely volunteer-run organization. Instruments are sourced by donation, and some classes are taught by the inmates themselves.

See the article at The Salt Lake Tribune.

Beautiful! Nothing can life like music. Kudos to Mack Wilberg!

Fantastic! Music can change lives. It is wonderful to see Bro. Wilberg using his talents to help these men.