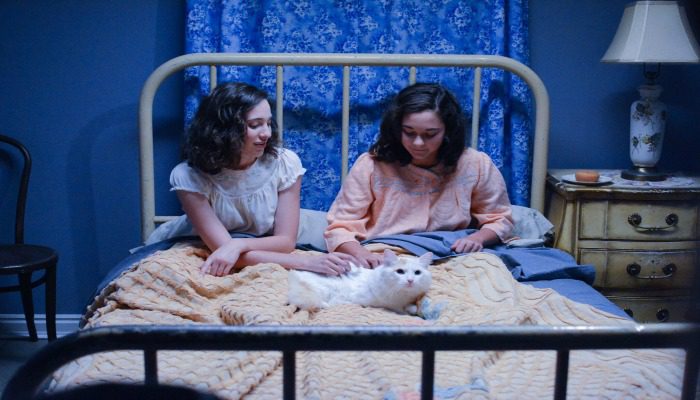 The following was written by Gabriella Loosle for LDS.net.

We’re all familiar with the young diarist Anne Frank, her account of hiding in the attic and the tragic end to her story. Maybe some of us are familiar with Miep Gies, the woman who hid the Frank family in the attic for 2 years and preserved Anne’s diary. We know of Otto Frank, Anne’s father, who published his daughter’s journal so the whole world might know her story.

One name I became familiar with recently is that of Hannah Pick-Goslar, known in Anne Frank’s diary as Lies Goosens, known to Anne as Hanneli.

“Best friends since kindergarten, Hanneli and Anne grew up in Amsterdam. When  Nazis invaded in 1940,  Hanneli  and Anne had no idea how their lives would change forever. By the summer of 1942, Anne and her family secretly went into hiding and the best friends were abruptly parted.”

This is how Utah-based directors Sally Meyer and Ali Barr began the pitch for their short film Hanneli and Anne.  I had the opportunity to sit down with the two of them to discuss inspiration, the production process, and of course, Hannah Pick-Goslar.

“She knew she would be shot if she were seen, but she risked her life.”

Sally Meyer spoke of the Hannah Pick-Goslar with the same reverence given to saints.  A writer and director from Salt Lake City, Utah, Meyer stumbled upon Hannah’s story while looking for material for a script-writing competition.

“I was like you,” she said, “I had never heard her name before, but I thought, ‘this is an amazing story that needs to be told.’”