Mitt Romney: My family still wants me to run for president « Meridian Magazine 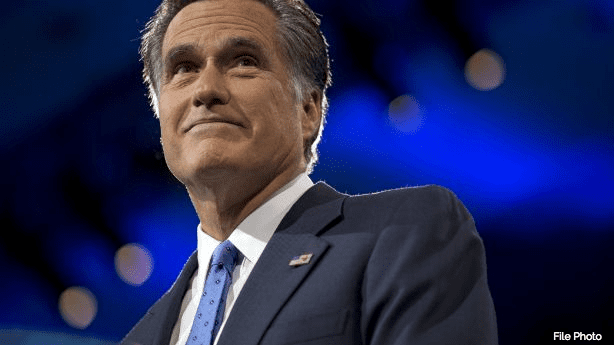 Mitt Romney: My family still wants me to run for president

Mitt Romney’s family is still pleading for him to mount an independent bid for the presidency, the 2012 Republican nominee said Wednesday.

Romney, speaking to CBS News’ John Dickerson at the Aspen Ideas Festival, said a son asked him as recently as Tuesday to do so.

“My wife and kids wanted me to run again this time, interestingly enough,” Romney said. “I got an email from one of my sons yesterday, saying ‘You gotta get in, Dad! You gotta get in!'”

Romney did not specify which of his five sons sent him the note.

“For my wife and kids to say, ‘Do it again’ — and I’m talking about late in the process here — they were concerned about the direction of the nominating process in our party,” Romney said, before being reminded that he pushed his dad to remain engaged even after his political defeats. “I appreciate the fact that they’re doing that — but my dad didn’t run when there was no chance of winning.”

Romney briefly considered joining the 2016 race in January 2015, but decided against it after former Florida Gov. Jeb Bush locked down many establishment heavyweights. Romney was approached again after Donald Trump became the presumptive nominee, but turned down the entreaties.

I'm already planning on voting for Mitt as a write in, anyway. I just can't get myself to vote for either of the evils that are up for President. So, I am voting for the person I think who can best get our country back to its greatness. If he runs, then great, if not, well, then at least I voted my conscious and didn't vote for evil.