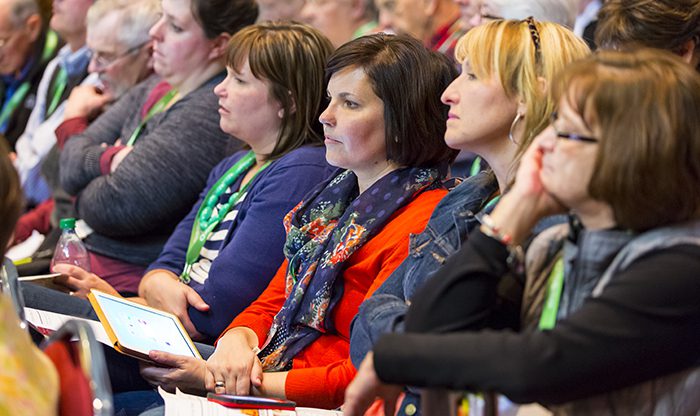 RootsTech 2015 attendees will get to hear firsthand how one of the nation’s most famous families celebrates their family across generations.  RootsTech, the largest family history conference in the world, announced today that former First Lady Laura Bush and her daughter Jenna Bush Hager will be the keynote speakers during the Friday morning general session on February 13, 2015.

The former First Lady will talk about life in the White House and the importance of family during those eight years, as well as reflect on the difficult days following September 11th. Jenna Bush Hager will join her mother onstage for a fireside chat where they will share family stories as a new mother and grandmother.

FamilySearch CEO, Dennis Brimhall, is excited to welcome the Bush family. ”As we celebrate families across generations this year, I can’t think of more fitting guests to have join us.  This will be quite memorable.”  FamilySearch is the host organization for RootsTech.

Hager currently works as a contributor for NBC’s The Today Show and editor-at-large for Southern Living magazine. She enjoys spending as much time as possible with her daughter, Margaret Laura “Mila” Hager.

Visit RootsTech.org and reserve your seat to hear Laura Bush and her daughter Jenna Bush Hager.  Passes start at just $19.