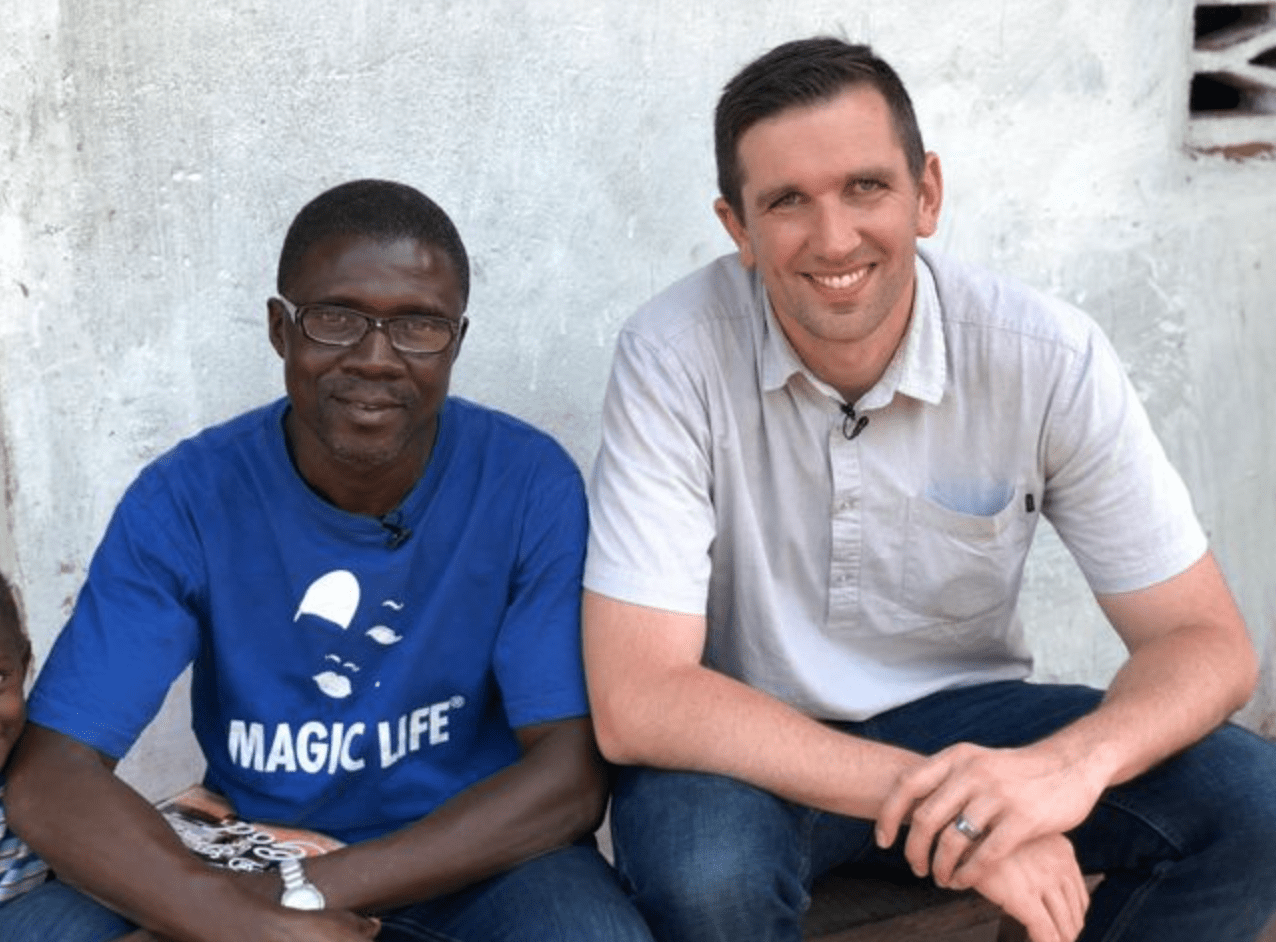 The following was written by Katie Lambert for LDS Living.

The day Latter-day Saint Ben Taylor’s life took an unexpected turn, he was doing what everyone does: checking his Facebook messages.

Clicking on the red message icon, Taylor discovered a message from Joel Willie, a man from Liberia who wasn’t in Taylor’s pool of Facebook friends. Immediately, red flags and alarm bells went off in Taylor’s mind.

“Helo Sir wel my name is Joel from LIberia West Africa. Please I beg you in name of GOD I need some assistance from u. Buiness or financial assistance dat wil help empower me pls.”

It was almost certainly a scam. But rather than blocking, ignoring, or sending a scathing reply to the message, Taylor tried something different. He offered Willie a business proposal.

The plan was simple. Willie would take pictures of his home in Liberia. If Taylor liked them, he would sell them and split the profits 50/50 with Willie.

“I just thought it would be a fun social experiment,” Taylor says.

At this point, you may be thinking that you’ve heard this story before, since Taylor’s “social experiment” was featured on CBS News, Parade, and other news outlets. What many don’t know is the other motivation that led him to respond the way he did. When Taylor read that Willie was from Liberia, it reminded him of years earlier, when he was on his mission in Minnesota among many Liberian refugees escaping their war-torn and impoverished country in pursuit of a better life.

“I think that experience was what led me to give Joel a chance,” Taylor shares. “Because I had kind of a soft place in my heart for those people and what they had been through and just other experiences in my life.”

And it soon became apparent that his decision would turn into something much more than he anticipated.

To read the full article on LDS Living, CLICK HERE.

This is a fantastic outcome from an answer to prayer. Thank you for your example of what I person can do to make the world a better place. A true example of the good Samaritan