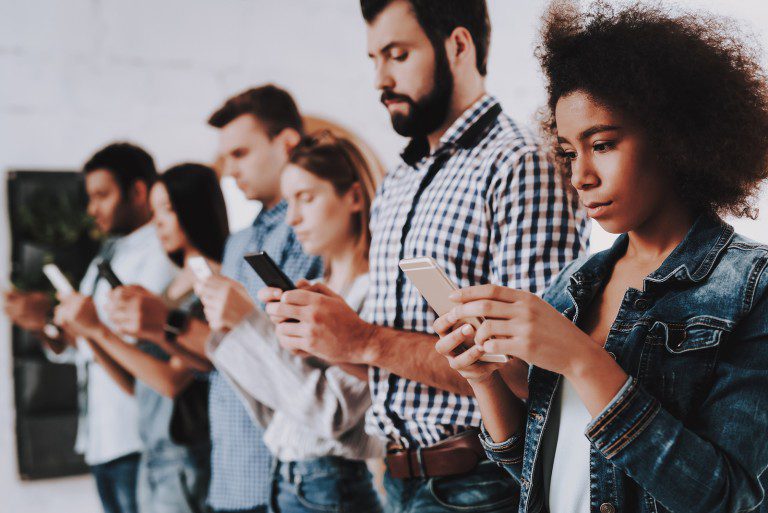 For as many decades as I’ve been alive, there has been an immutable fact: Most people won’t read the Sunday School lesson.  I know, I know, you probably do. And I’m not aware of the rare percentage this puts you in, but I think it’s nudging zero.

Many of us are just lucky to make it to church.  We all have excuses for why we didn’t read this week’s lesson, but we’ve all been happy to sit down, ready to hear whatever the teacher tells us. For years.

But something just happened.  Church got shortened, Sunday School will now be every other week, and we’ve been told to amp up our personal study at home. Spiritual growth is not up to the teacher to wedge into our heads (it really never was), but is now our responsibility. We are supposed to study the “Come Follow Me” lesson ahead of time, and might I add that it is infinitely more exciting if you access Scot and Maurine Proctor’s “Come, Follow Me Podcast.”

So come with me, for a moment, into a fictional setting.  It’s Satan’s Conference room.  Only it’s literally the Conference Room, where he and his minions—not the cute, yellow kind—watch General Conference. They slam their fists against the table, they grimace and howl, they emit their usual outbursts of fury over our dedication to Christ’s gospel.

Lucifer gives one of them the assignment to thwart our “Come, Follow Me” program for Sunday School.  “Keep them from reading the material!” he shouts. And Jr. Satan knows he means it.  So he does everything he can think of to throw up obstacles for us.  He has a team of evil underlings who come up with every excuse mankind has ever invented, although he thumps one of them on the head when the guy suggests a natural disaster, because problems like that usually bring us closer together and closer to God.

Jr. Satan has been working for centuries to convince mankind that scriptures are hard to read.  He kept Holy Writ in Latin for awhile, but then that pesky Martin Luther translated them into German, and then that dastardly printing press made the Bible available to the common man.  Jr. Satan roasted in the spirit rotisserie for that grandiose blunder.  Then he regrouped, and convinced most of the Christian world that scriptures are too hard to understand.

But now, what to do?  LDS mortals have been told to make their homes spiritual learning centers!  This is a disaster!  He’s got to rev up his excuse machine, cram people’s lives full of distractions, and get them to question the validity of the idea in the first place.

“They’ve read it all before,” one craggy minion volunteers.

“Cliff Notes!” one shouts.  “Get them to read a summary of some kind, so they won’t actually feel the spirit!”

“Yes, they’ll get the gist of what happened, nothing more,” a sly one in the back shouts.

“Tell them nobody else is reading the lesson,” one of the assistants says. “Why be an over achiever?” (She’s the one who came up with, “But all my friends are doing it” back in the 1700s).

Jr. Satan taps his pen on the table, thinking. “Social media,” he says.  “Get them glued to those screens.”

“It’s not enough,” Jr. Satan says. “They’ve got to become addicted.”  He turns to the devil in charge of electronic addictions.

“Done,” the guy boasts. “We have millions addicted.”

The guy looks down, “M-millions.”

Jr. Satan shoves the table so hard it falls over.  “I want billions!” he snarls.  “And I want double addictions!  Triple addictions!  Nobody can read that lesson, do you hear me?”

Trembling, the minions dash out of the room to their tasks.

Of course, we don’t really know how it looks, but we do know that the adversary doesn’t want us to follow our Prophet’s counsel. He wants us to see the reading of scriptures as some scary, impossible task, something to procrastinate without consequence, something we don’t really need.

And he is so wrong.  The trouble is that if we buy into what he’s selling, we are wrong, too. He wants mankind to be miserable. He doesn’t want us to forgive and love one another.  He certainly doesn’t want us to repent.  He doesn’t want us to feel the joy of Christ’s atonement. He groans with every step we take in the right direction.  Studying and learning the gospel is diametrically opposed to his agenda.  If we stand up to him and do what’s right he can no longer keep us from temple ordinances, the ultimate bane of his existence.

So how do we turn around decades of, well, laziness?  How do we get the entire membership to really study, really come to church prepared, really make forward progress?  One of the purposes of the Book of Mormon is to teach us the enemy’s tactics, so maybe the first step in this turnaround is exactly that: To realize when Satan is influencing us, when he’s dangling the toughest temptations before us, and when we’re fighting back and defeating him.

I seriously wish I had a nickel for every time I’ve called Satan a stupid idiot.  But, in fact, he is not stupid. He’s shrewd. He’s smart.  So we have to be—and can be—smarter.  We’re fighting the same battle that started in the premortal world, and with Christ’s help we can absolutely win it.

But let’s be aware of the adversary’s methods.  Let’s know our own weaknesses and recognize those moments when Lucifer tries to exploit them. Let’s arm our children and ourselves with indomitable faith and a refusal to back down.  And let’s start with the next Sunday School lesson.

Excellent article!! We have become WAY to slack on personal study and living the Gospel. We can see it at church even among long term members. All of us are getting seduced by the ways of the world and how we spend our time online or with devices is truly astounding! Read many articles separate from Church sources about the addiction of adults as well as young kids on electronic screens and the side effects of it. From pornography to addictions to "perfect life" comparisons and bullying online. None of which are positive! Pres. Nelson was right to challenge us to a media fast from electronics. It's become a substitute for actual real life experiences. Before you conclude we're old fuddy-duddies let me say we are a middle aged couple who is very active in the local community, volunteering outside the LDS Church with youth and civic + charity programs and see what a drastic impact this is having with many people in their "Christian" lives. We mean ADULTS, not just youth. Very problematic, we need to be more aware. Many Sundays we see adults playing games and reading email or social media on their devices and NO it's not Church related material! If we can't give the Lord a few hours each week, what are we doing at Church to begin with? If you cannot attend Church and pay attention - there is a big problem. Satan is winning you over by distraction and manipulation folks. Wake up!