How is The Current Pandemic Changing The World, Your World, and the Church World? | Meridian Magazine 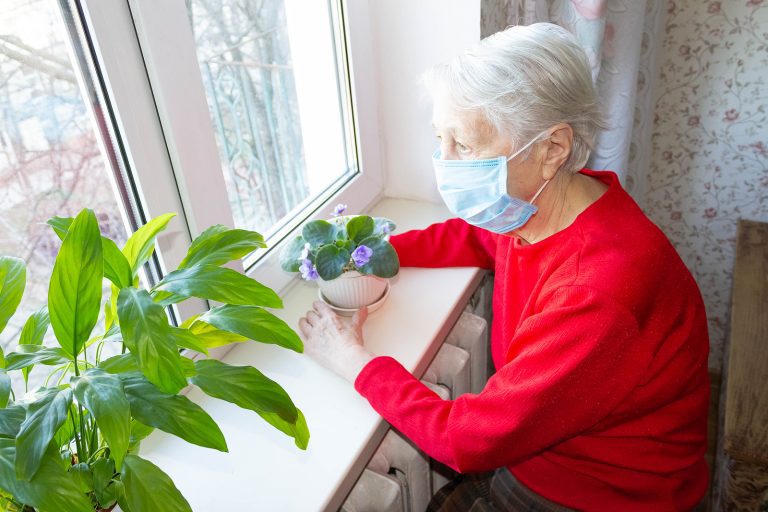 How is The Current Pandemic Changing The World, Your World, and the Church World?

Editor’s Note:  This is the third article in a 12-part Tuesday/Thursday Meridian Series that explores some of the most remarkable and exciting doctrines of the Restoration. Read the two-part introduction to this series here, and here, and read article 1 here, and article 2 here.  You are invited to comment and turn these articles into an interactive dialogue or forum here on Meridian.

Let me explain through a recent experience:

Linda and I sat together with a discussion group we call Inklings, masked and socially distanced, on a glorious Indian Summer evening in the English Garden of a friend.  And we asked ourselves five questions:

Since we were leading the discussion, we went in with some notes and statistics about the spread of the virus, shutdowns and their effect on various economies, spin-offs like neglected preventative health measures and widening gaps between rich and poor, educational set-backs which widen learning gaps between kids who have homes where they can study and learn and those who do not, increases in social problems from domestic violence to suicide, and various projections on vaccines, economic rebound, and contrasting predictions on recovery times for our country and our world.

But the discussion, and the conclusions that night, veered off in directions we had not anticipated or even thought about. The mood changed dramatically as we moved through the questions and it was not a night for statistics and macro-projections. It was a night for intimate sharing, among friends, about personal things that had happened in their families and in their own minds; and about deep worries concerning the future of some of our most beloved institutions, and particularly about the Third World and the poorest of the poor.  And the comments got progressively more and more personal and revealing as we progressed from question one to question five

On number one—effects on the world–we started with infection rates and death totals and then quickly moved to the even larger question of the economic consequences of world-wide efforts to slow the spread. One widely traveled friend pointed out that nearly a billion people in the world who had recently emerged from extreme poverty (defined as existing on less than $2 a day) were now, as the result of stopped economies, slipping back down into that abysmal category; and he predicted that the starvation deaths caused by personal economic decline would likely be higher than Covid19 deaths. We pondered how long the aftereffects would go on and what other world calamities it would lead to. We tried to imagine places we had visited in India and Africa and how hopeless the idea of social distancing is when ten people sleep in one small wood and cardboard shelter next to countless others who are similarly crowded.  And of course, there were comments about last days, apocalypse, Armageddon, and the Second Coming.

When we moved to question 2—effects on America–there was quick agreement that the pandemic—even beyond the infections and deaths and shut downs and lockdowns and economic and employment devastation—was contributing mightily to the most divided society any of us have ever experienced.  There were comments on the tragedy that things like wearing masks have turned into political issues and how we have become ever more divided not only politically but economically and culturally and even geographically, with the two coasts pitted against and divided from the whole middle of the country.

All through our discussions of one and two, the mood darkened and became more pessimistic, but as we got to question 3—effects on the Church—the atmosphere immediately began to brighten. The enormous resilience of the Church was brought up over and over, and the incredible prophetic preparation that we received from our Prophet, nearly two years before the pandemic, when the paradigm of “home centered, Church supported” was announced and implemented.  The shift made sense then, but it makes essential and current and eternal sense now as we have learned to worship and teach the Gospel in our homes and been prepared in emany ways for a future where we could not attend Church—a possibility which had occurred to none of us. Many said that their faith and testimonies, and those of their families had grown during this time of “home-church” and that their personal, spiritual relationships had deepened.  One member said how it had all reminded her that the Restoration is ongoing and that Prophets continue to guide us and protect us in real time—in the living or our daily lives.

On question four—effects on family—there was a mix of comments on how difficult it has been to be at home all the time, with kids out of school and unable to play with friends.  But those observations were met with a little chorus of “first world problems” and the preponderance of observations were about what a gift this extra togetherness has been.  One group member said it was the greatest thing that had ever happened to his family because it made two things so obvious to him: 1. That Family is the most important thing, and 2. That there were some shortcomings and areas of needed improvement that had been ignored until the extra togetherness made him deal with them.  Several of us again mentioned President Nelson’s classic and more-timely-than we- knew statements of “Family Centered, Church Supported,” and also “Salvation is an individual matter, but Exaltation is a Family matter.”

On number 5, the final and most personal question, the reactions were highly varied, with some admitting to more anxiety and depression than they had ever felt before, but many more saying that the reflection and perspective and personal Gospel study that the situation has produced were like a gift to them—and a gift that they felt would keep on giving.  Maybe most importantly, we seemed to have an epiphany-like collective realization that our positivity and brightness and optimism on questions 3, 4 and 5 would ultimately outweigh, or at least mitigate and compensate for the deep concern and pessimism and negativity on questions 1 and 2.

What was most interesting about the discussion to me was how, in essence, the collective answers to the five questions got more positive and more encouraging as we went down the list, possibly because we came closer and closer to our most intimate personal stewardships. It is up to us, to each of us individually and as families, to do our best not only to get through this time, but to look forward with faith to a brighter future and help others do the same. President Nelson, in his address to the Women’s Session of our most recent conference captured this perfectly when he said, “My dear sisters, let us not just endure this current season. Let us embrace the future with faith.” What a blessing to be reminded that the Restoration is ongoing, and that our Prophet today will continue to be the conduit for revelation that is timely and relevant and critical to our lives here and now.

A couple of afterthoughts:  One friend who reviewed this article said this, “It would be interesting for you to have this same discussion and ask these same five questions again six months or a year from now.  Will pandemic fatigue change how people respond? Is “home-centered, Church supported” sustainable over the long term? I presume your discussion group was older and all were solidly committed to the Church. It would be interesting to know about how those who are more on the margin might respond.”

Another reviewer who attended the discussion commented, “Regarding effects on the Church, some of the most interesting comments had to do with the impact on our missionaries and the missionary program.  Prior to the pandemic, social media creativity had been limited among missionaries.  Now, many tech savvy missionaries are finding real inroads into reaching people at a more efficient scale…Viewing the pandemic in the future from a 30,000 foot perspective, I would not be surprised if 2020 is recognized as a difficult but critical junction of the Restoration, a positive accelerant of the Second Coming.”

A third reviewer said, “I would add an observation that each successive numbered item on your five questions is more intimate and small in size than the proceeding one…For me, although I value and regard with tremendous gratitude and reverence the import and implications of the Restoration as it effects the whole world, perhaps the most precious aspects of that miraculous consideration have to do with their impact and import for each single soul…Perhaps this year is inviting and requiring us all to hunker down to the smallest, personal level of gospel living to reconnect with the essence of our best selves…and render us ever more able to play our parts in the ongoing Restoration.”

One other friend had a more provocative response, “My view of what has changed (for a while at least) is the utterly ‘delightful’ isolation my family enjoys from the problems of truly poor, lonely and sick people in our town, own country, our world. As we read the Book of Mormon, we see that society becomes rotten and dangerous when the better-off folks take no thought of the less well-off folks. We Latter-day Saints are supposed to be the leaven in the loaf beyond the Church.  How will that happen?  Preaching the word—yes.  Serving the greater community in various ways—yes.  Making the plight of the poor, lonely and sick our main political goal—not so much.”

Please comment and add your thoughts or questions to these. And please rejoin me here this Thursday for Question Four: Who do you Pray to?

Richard Eyre is a #1 New York Times Bestselling Author who served as Mission President in London.  He and his wife Linda are frequent Meridian contributors

I really liked this statement in the article: “Viewing the pandemic in the future from a 30,000 foot perspective, I would not be surprised if 2020 is recognized as a difficult but critical junction of the Restoration, a positive accelerant of the Second Coming.” It reminded me of what President Nelson said - that 2020 would be a “hinge-point” in the history of the church. It is important to reflect on our resilience to adversity at every stage, but the most telling perspective will be yet to come.

Thanks for the thought provoking article. We do still need to be grateful for what we have and realize we can deal with hard issues. I'm a caregiver giver and can't get out much. Being a social person myself has been challenge but I try to reflect on what my grandparents endured and press forward with faith. Love all your articles Richard and Linda!