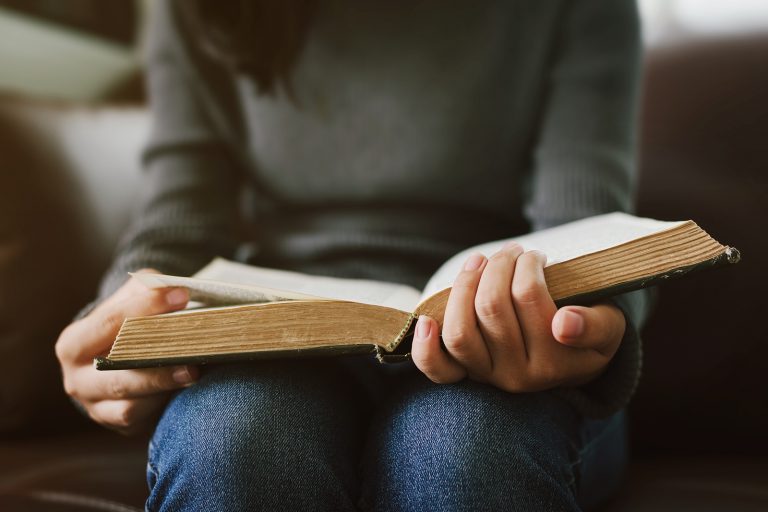 Editor’s Note:  This is the introductory article to a new Tuesday/Thursday Meridian Series with twelve installments that explore some of the most exciting doctrines of the Restoration.

We’ve all seen a small child at Christmas or on his birthday who is more interested in the wrappings than in the gift.  The bright ribbons and flashy, crinkly paper can be more fascinating to children than what is inside.

And it is sometimes that way with the Gospel.  We can become fixated on the “wrappings” of angels, gold plates, and young prophets and the history and times they lived in, and spend more time and mental energy on trying to understand and figure out and doubt or not doubt these flashy and controversial bows and paper that we don’t focus enough on what is inside—on the restored doctrine and new insights that are the real gifts.

If all we think about is the “hows”—how did Joseph translate, how did Brigham practice polygamy, how did God allow imperfect men to be in charge of His Church—we may never get to the “whats”—what was actually restored, what new relationships with God are possible through revealed doctrine, what more should I understand about the Plan of Salvation, what does this scripture or that conference talk mean to me right now and what difference can it make in my understanding and in my life?

Too many of us sometimes seem more interested in researching “Imperfections of the Prophets” than searching “The Glorious Doctrines of the Restoration.”

My friend Adam Timothy, a young father, put it this way,  “Honing in on patches of darkness is not usually a great way to discover more light and faith….we need to turn the tables from ‘Did you know about this or that historical event that calls belief into question?’ to ‘How do I find the faith and happiness I’ve heard of, but have yet to feel for myself?’ In essence we need to move from Sherem’s flattery of the natural man to Enos’ hungering soul, yearning to know for himself.”

Thought and discussion about the righteousness or lack thereof in other people, or about the nuances and norms of earlier times that we can’t fully understand generally leads to confusion and doubt.  But deep and provocative thought and discussion about doctrine and about principles of the Gospel generally leads to inspiration and flashes of insight…or to deeper prayer for better understanding.

The twelve articles in this series are purposely provocative about doctrine, and they may produce more questions than answers.  They are intended to make us think, cause us to study, and prompt discussion with others we trust and with whom we share a belief in the Restored Gospel.

As you read them and think about them, ask your own questions.  Ask them to yourself, to those you love and respect, and ask them to me if you wish, but most importantly ask them to God. Remember that it is in the questions where the true value lies, and ultimately in your own answers—not the answers of others.

Each Tuesday and Thursday for the next six weeks, these 12 purposely provocative articles, each titled with a question, will appear here in this space on Meridian.  I alone am responsible for them, and for the answers or directions they may suggest; and I do not imply in any way that they are “official” or sanctioned.  Feel free to share them, but only in this context.

The metaphor of “wrappings and gifts” is not my own.  While I was a young Mission President in London, we became well acquainted with a wonderful English statesman, a member of Parliament and the Minister of Education in the British Government named Sir Rhodes Boyson.  He became not only our personal friend, but a great friend to the Church.  Prior to the end of our mission and our return to the States, Rhodes posed to me what I still consider to be the best Gospel question that I have ever been asked.  “Tell me,” he said, “What was restored.” He said he felt that he knew a lot about what he called the “wrappings and the bows” of visions, migrations through persecution, and angels with gold plates.  (He told me that he did not necessarily doubt these wrappings—in fact that he would have expected miraculous and extraordinary means if our claim of a restoration was true.) But he said he wanted to focus on the gifts inside—on the doctrines and principles of the original Gospel that had been lost in the Apostasy and that were brought back in the Restoration.

It was too big a question to answer quickly or verbally, so I thought about it on the plane going home, and ended up, over the next several weeks, writing a forty- or fifty-page letter to Rhodes to try to answer his brilliant metaphor of a question.  A summary of that letter will appear as the concluding instalment in this series.

But the implication of Rhodes’ question is the underlying motive for this whole series.  Are there doctrinal questions that are much more thrilling and fulfilling than trivial detail questions on why things happened the way they did through the people they did?  Not that we should ignore any good question, but it is the ones about doctrine that ultimately matter most.

And there are so many good doctrinal questions!  We are talking about God’s revealed word to mankind, about where we came from, why we are here, where we are going, and how we can find joy and exaltation through this remarkable phase of eternity that we call mortality.

We are this small but so significant third category of Christianity.  There is Catholicism, with its 1.2 Billion adherents, Protestantism with its 1 Billion, and then there is the Church of Jesus Christ of Latter Day Saints with its 17 million members, not even 2% of either the Catholic or Protestant population, but dramatically important in its unique claims that Catholics are right in their belief that the Priesthood of God is necessary in the Church, but that Protestants are right about that authority and many of Christ’s original doctrines being lost through a great Apostasy.  And while Protestants believe in a Reformation, our belief in a Restoration is very, very different, starting with the fact that the Reformation was man-initiated, while the Restoration was God-initiated.  We are part of the one third of the population of the world that professes belief in Jesus Christ and though we represent only about 1% of that Christian Body, we have extensive and beautiful doctrines that the other 99% do not have.

So, what are the doctrinal specifics of The Church of Jesus Christ of Former-Day Saints and the Church of Jesus Christ of Latter-Day Saints? What makes up the mirror-image of the Apostasy and the Restoration?  What particular truths and insights and understandings and teachings were lost, and then brought back?  When we ask questions within this kind of framework, there is a richness and a depth and a stimulation that lesser questions lack.  These questions are universal yet personal, and they can be provocative in the best sense of the word—they provoke us to study and learn and pray and gain faith. Some of the questions that we will explore within this series, not necessarily in order, are:

Next week, as we get into it, this is the little intro statement that will precede each of the articles:

This series of articles by Richard Eyre poses fundamental and intentionally provocative questions about the doctrines of the Restoration, and in many cases includes his own interpretation of certain Gospel beliefs and principles and does not pretend to be official doctrine of the Church.  These articles are intended to stimulate thought and questions that will lead each of us to our own conclusions.

I hope that each of the 12 articles will stand alone and be worthwhile reading on its own, but I also hope that readers will read as many of the 12 as possible because I think it is the cumulative thought, across a wider sweep of the Restoration, that best grasps its magnitude and that ties one question to the others.  Each restored doctrine is important and wonderful, but in their totality, there is a kind of spiritual synergy, where the total equals more than the sum of its parts.

As is often the case with good questions, one can lead to two more—and this is a good thing, because the goal is not to get all the answers right, but to try to ask (and think and pray about) as many good questions as possible. The 12 articles certainly don’t pose all the good questions, but they may represent a good start.

See you here next Tuesday and Thursday for the first two questions.

I prefer to think of the Reformation as working the soil which implies that God was involved (not just a man-driven effort) but of course not in the specific way as planting the seeds of His Gospel and Priesthood, where this could only be accomplished by God-driven means. Thanks for your efforts to produce these articles, I am excited to read them!

I’m looking forward to these articles ! Today’s talk was a great read!!!