Is the Restoration about Salvation or Exaltation, and are You a Perfectible Entity? | Meridian Magazine 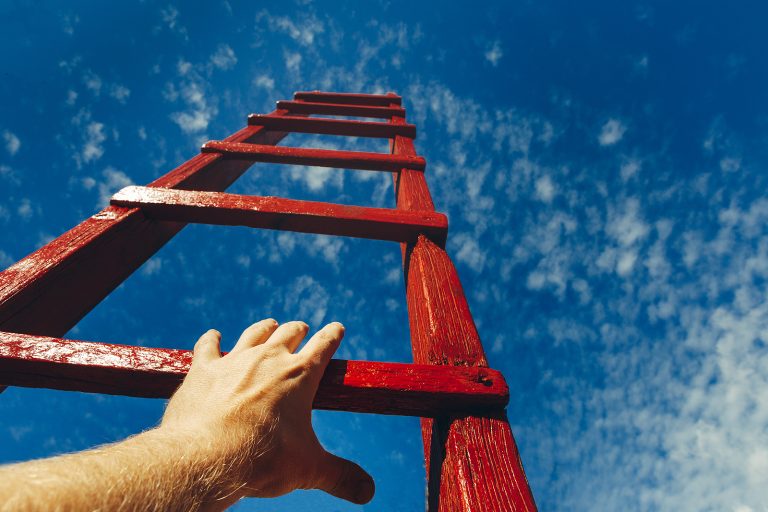 Is the Restoration about Salvation or Exaltation, and are You a Perfectible Entity?

Editor’s Note:  This is the second article in a new Tuesday/Thursday Meridian Series with twelve installments that explore some of the most remarkable and exciting doctrines of the Restoration. Read the two-part introduction to this series here, and here, and read article 1 here.  You are invited to comment and turn these questions into an interactive dialogue or forum here on Meridian.

This series poses fundamental and intentionally provocative questions about the doctrines of the Restoration, and in many cases includes the author’s own interpretation of certain Gospel beliefs and principles that do not pretend to be official doctrine of the Church (or that are necessarily endorsed by Meridian Magazine.)  The intent is to stimulate thought and questions that will lead each of us to our own conclusions.

Our beloved Prophet, President Russell M. Nelson makes a statement that is both beautiful and wonderfully provocative in the doctrinal sense:

“Salvation is an individual matter,
but Exaltation is a family matter.”

What does “salvation” mean to the Christian world?  And what does it mean in the Restored Gospel of Jesus Christ? And how does salvation differ from exaltation?

It is interesting how the definitions sharpen as we move from secular general reference sources to Christian sources and then finally to our own Restored Doctrinal sources.

If we begin where most searches start these days—by Googling “salvation”—the top result is the on-line dictionary which defines salvation as:

“preservation or deliverance from harm, ruin, or loss.”

A second definition follows:
“In Christianity, union or friendship with God and deliverance from original sin and damnation.”

Then comes Wikipedia which says:

“Salvation may also be called “deliverance” or “redemption” from sin and its effects. Salvation is considered to be caused either by the grace of a deity, by free will and personal efforts through prayer and asceticism, or by some combination of the two.”

In the Christian Bible Reference, we read:

“Salvation means being saved from the power of sin and from hell, the eternal penalty of that sin.  Through the process of salvation, we are freed from everything that could prevent us from enjoying the eternal life with God.  Other common terms for salvation are being saved, going to heaven, eternal life, everlasting life, the kingdom of God, and the kingdom of heaven.”

The Restoration clarified these definitions, and added the additional dimension of Exaltation.  Quoting now from the encyclopedia of Mormonism:

“The Latter-day Saint concept of salvation derives from the teachings of Jesus Christ and the revelations given to ancient and latter-day prophets. It is evident from such teachings that there are different degrees or levels of salvation in the afterlife.

“Exaltation is salvation in the ultimate sense. Latter-day Saints believe that all mankind (except the sons of perdition) will receive varying degrees of (salvation and) glory in the afterlife. Exaltation is the greatest of all the gifts and attainments possible. It is available only in the highest degree of the Celestial Kingdom. This exalted status, called eternal life, is available to be received by a man and wife. It means not only living in God’s presence, but receiving power to do as God does.”

It is interesting that when we go back to Wikipedia and look up “Exaltation,” the only reference is attributed to The Restored Church of Jesus Christ,

“Exaltation or Eternal Life is a belief among members of The Church of Jesus Christ of Latter-day Saints (LDS Church) that mankind can return to live in God’s presence and continue as families.”

So, exaltation is our word—the word of the Restoration. We are unique in the Christian world in our belief that there are many levels of Salvation.  We believe in the universal resurrection and salvation promised in the Bible and given to all mankind by the Atonement of the Lord Jesus Christ. “For as in Adam all die, even so in Christ shall all be made alive.” But we do not believe that salvation is the same for all men and women, irrespective of their faith and their deeds.

For each Christian definition, the Restoration adds detail and clarification.  In other words, the truth of the Holy Bible is re-affirmed and expanded by the Restored Gospel.

The explanations and additional insights of the Restoration are more about exaltation than about salvation, because it was the Doctrines of Exaltation that were lost during the Apostasy and the Dark Ages and that needed to come to light in the Restored Church of Jesus Christ.

Indeed, it could be argued that the New Testament gives us most of the information that we need about salvation.  The Holy Bible is clear in teaching that in Christ and His Atonement lies salvation, and most of the Christian world believes and accepts that on some level.

But the concept of Exaltation, of actually returning to the presence of God and of progressing eternally in His kingdom—what we call God’s Plan of Eternal Happiness—was largely lost during the Apostasy and was restored through the Prophet Joseph Smith.  We know through the Restoration that this Plan of Exaltation is a plan for families which involves Eternal Marriage and family commitments and covenants that are made in Holy Temples.

A person can achieve salvation and go to heaven as an individual, but Exaltation in the highest glory where Christ and God the Father dwell—where continued progression toward God’s perfection is possible, and where there is Eternal Lives as well as Eternal Life—can come only to Eternally married, covenant-keeping couples.  We believe in a Heavenly Mother as well as a Heavenly Father and we believe that their kingdom is a family kingdom of which we can become a part.

Again, as President Nelson put it, “Salvation is an individual matter, but Exaltation is a family matter.”

Another way of saying this is that an individual, a man or a woman, is not a perfectible entity in that he or she alone, cannot become like Them (God.)  Only a man and a woman together, sealed for Eternity, can continue to progress toward what God is, in the place where God is, while an individual can progress only toward but not into that place.

To say it even more bluntly (and provocatively), you, no matter how good and strong and righteous you have been, are, or will become, will never be a perfectible entity.  You, as an individual spirit or soul are not even a potential candidate for Celestial Exaltation.

Read as I intended it, that last paragraph is not harsh, it is a wonderfully magnanimous invitation from our Heavenly Parents to become as they are—an invitation they have made acceptable and implementable by their plan, by their covenant path, by the Atonement of their Eldest Son, and by the ultimate fairness of this life coupled with the great equalizer of the Spirit world.

Why must a husband and wife be the center of our progression toward what God is?  Simply because that is what God is—the perfect partnership of our Heavenly Father and Heavenly Mother’s Oneness that ultimately allows all power, even the creation and populating of worlds. One of my friends who reviewed this article explains, ” We often talk of the will of the Son being swallowed up in the will of the Father. Could it be that the will of our Heavenly Father and Heavenly Mother are so deeply woven and welded that speaking of the identity of God we refer to both of our perfect parents?”

With this ultimate goal of Oneness in our minds as the portal to Exaltation, we become aware that we see bright, small hints of it in the best earthy marriages, and we strive to find those glimmers in our own marriage covenant—two people who retain their own personalities and traits but operate with a oneness of purpose and see their differences as strengths and compensations, who joyfully give up independence for interdependence, who show us little indications that they each care more about the other’s happiness than about their own. Magnified a million times over, these may help us begin to glimpse the Exalted Oneness of our Heavenly Parents.

Another reviewing friend describes this Oneness love as “The ‘magic’ of the experience of giving and receiving love—not out of a lack or need but from a profound desire for more mutual joy (that includes sadness and happiness and risk and surprise.)” And still another friend suggests, “Maybe the ‘Godhood’ of our Heavenly Parents doesn’t arise as a sum of their individual qualities, but literally arises from their deep mutual trust and from the synergy of their relationship (After all, the suffix ‘hood’ connotes relationship, as in neighborhood, sisterhood, brotherhood, etc.). So maybe our goal, here and in the eternities, is not to “perfect ourselves.” Maybe it is to create deep and trusting relationships in which our identities can expand endlessly. And the “magic” emerges from those gestalt relationships. This view transcends in a way the “sovereign God” idea of traditional Christianity. It is distinctive to the restored gospel.”

In the messiness and imperfection of even our best earthly relationships, or of the best marriages we have ever observed, it may seem absurd (or maybe humorous) to imagine that they could ever progress to this kind of Oneness, thus qualifying us for Exaltation; but we must remember that the wonderful thing about Eternal Goals is that we have Eternity to work on them.

Now, I am aware that some feel it is not “politically correct,” in a Church where half of our adult members are single, to talk about eternal marriage as a condition of Exaltation.  But in truth, that is exactly why we need to talk about it more, because eternal families should be the goal for all, and we know that all will have this opportunity, if not in this life then in the Spirit World to come.

It is important to remember that it is the family that is eternal, not the Church.  As President Harold B. Lee put it, “The Church is the scaffolding with which we build Eternal Families.” And President Nelson said it in even fewer words, “Home centered, Church supported.”

We believe that the Church or the Kingdom of God on earth is here to prepare us for the Kingdom of Heaven, and to help our families to last forever and ultimately to become parts of God’s Eternal Family.

Thanks for reading, and for thinking.  Rejoin me here next Tuesday for Question Three: How is the Current Pandemic Changing The World, Your World, and the Church World?

Richard Eyre is a #1 New York Times Bestselling Author who served as Mission President in London.  He and his wife Linda are frequent Meridian contributors.

Thank you Bro Eyre for sharing this truth..

Richard, we’ve been at odds over furniture and painting rooms. Thank you for reminding me it’s about us not me!