Because You Asked: The Privilege of Requesting and Receiving Angelic Assistance | Meridian Magazine 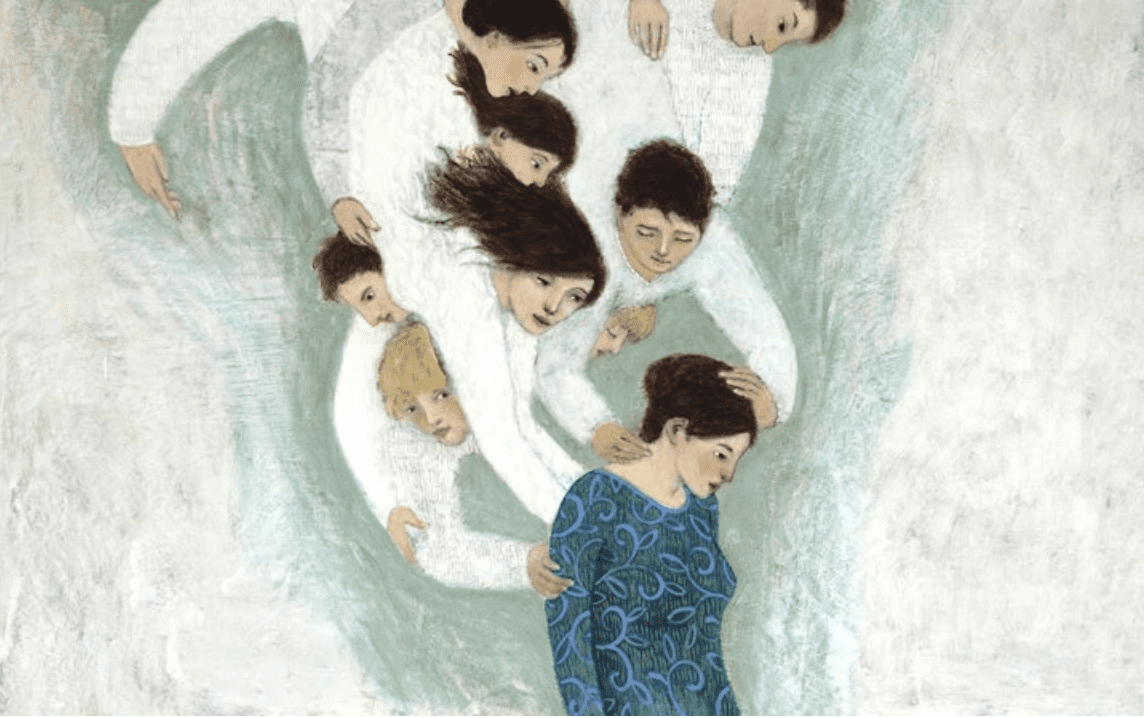 Because You Asked: The Privilege of Requesting and Receiving Angelic Assistance

Cover image: “She Will Find What is Lost” by Brian Kershisnik.

There are privileges afforded us as children of God that many aren’t even aware of. One of these most powerful privileges is accessing the aid and intercession of angels.  I want to share four people’s inspiring experiences illustrating this opportunity that we can all have.

Delores Pack was scheduled to go into surgery in a couple of days.  She was very anxious and worried about it.  As a way to calm her fears she went to the temple and while there began fervently praying for divine help and intervention.  She had a set of marvelous experiences where angels were sent to answer her prayers and minister to her.  She writes:

“I was going into surgery in a few days and was very nervous. I went to the Salt Lake temple trying to help me calm down. I was sitting on the back row. When the prayer began, I felt hands go on my head and I heard a blessing just for me. I felt that the blessing was given by my deceased grandfather and brother. After the blessing, I immediately became as calm as can be and all my fear left me.”

The surgery went well, but the first night after the surgery, Delores’ husband had to leave, and she again became very anxious and unsettled about how she could handle this night alone without him.  Traditionally for that type of surgery, the first night is an extremely difficult one for pain, and she continued to pray intensely for help.  Suddenly, in the darkened hospital room, she became aware that two beings were helping her.  She continues:

“While in the hospital, the first night after surgery, I would start to wake up in pain when I could feel someone’s hand holding my hand, and someone put a cool compress on my forehead.  I knew that it was my mother and mother- in- law who had died. Three or four times I felt them patting my head and heard them say, ‘Just rest, you’re fine, we’re watching over you, go back to sleep.’ It made me so happy to hear them.  I have no doubt in my mind that it was them who were with me and helping me.

“The next morning, the nurse came in to see me and said, “I can’t believe  you slept through the whole night.  NO one does that!”

But Delores knew why it happened and felt extremely blessed to be a recipient of angelic touch, tenderness and healing.

Since the beginning of the Restoration, angels have played a pivotal role.  This time period is a special dispensation of angels.  They came to bring the gospel, revelation, and help to the world, but they also can be dispatched to help individuals in their time of need.  Elder Holland has taught us a lot about angels and their ministry.  He said:

“God knew the challenges we would face, and he certainly knew how lonely and troubled we would sometimes feel. So, He watches over His mortal family constantly; hears our prayers always, and sends prophets and apostles to teach, counsel, and guide us. But in times of special need, He sends angels, divine messengers, to bless His children, reassure them   that heaven is always very close and that His help is always very near.”

Yes, angels are very close and are so willing to help us as the following woman discovered:

Light on her Path and Angels in her Home

Thelma Carbajal was a woman with a job that required her to work the night shift.  She shared a heart wrenching night years ago where she had to place her children in the unseen hands of angels.

“One night I did not have anyone to watch my kids and went to work in  tears. I left them alone (9 and 5 years old) and I told this to the Lord, begging him to please watch over them.

“It was a night where it was raining very hard. As I was praying, crying and driving to work, I saw a brilliant light in the skies, sort of like a bright flashlight towards me. After I saw this, I suddenly knew that my kids were going to be all right.

“As I returned home in the morning, my young son said, ‘Mommy you came home early last night! I said, ‘No I just arrived home.’  He explained that a lady and other people were at our home the night before. I asked him to tell me about this lady. He said. ‘I got up to go to the bathroom in the night, and when I crossed by the stairs, a beautiful lady that looked   like you was standing by my room.  She smiled at me and said, “Hi   Michael.”

“Michael also said that there were people downstairs dressed in white that He was able see them through the bars of the stairs. ‘They were talking and were happy.’ He said,  ‘I thought that you were there mommy!’

“Tears came down my face, because I knew that my kids were not alone that night … This happened 25 years ago, and we’ve never forgotten this spiritual experience.” (Thelma Carbajal story shared by permission)

These angelic intercessions are initiated by our asking for help.  We’re connected to angels, although, in this realm we may not realize it.  We lived for eons in our pre-mortal life and had many associations there. Chances are the angelic help we receive is from family and friends on the other side, who are waiting to be “dispatched” for our good.

Many years ago, Rose Schmutz, described a time when after her fervent prayer, she received her desires through angels.  At this time in her life, she had specifically prayed every night that her home would be protected by the armies of heaven.  One night late, her six-year-old son asked her for a drink of water.  She wrote:

“I told him he could turn on the light and get the water.  He told me that he knew that, but he didn’t want to because there was always a man standing by the door that he didn’t know.  I asked him what the man looked like and he told me: ‘They didn’t all look the same, but they were all dressed in armor, like old time.’

I had prayed every night that the armies of heaven would watch over my home and family and apparently angels from ancient armies did indeed guard the kitchen door.” (Rose Schmutz, story used by permission)

The scriptures are replete with the directive to “Ask, and ye shall receive” This is a universal principal.  Angels are simply a source that God uses to give us answers, succor and aid, but He wants us to ask, because asking shows an active desire to receive.  Elder Jeffrey R. Holland counsels us to ask for angelic help. He simply says:  “Ask for angels to help you.” (Jeffry R. Holland, “Place No More for the Enemy of My Soul,” Ensign, May 2010,45.)

On her wonderful and popular blog, Mary Stallings writes about a miraculous experience she had years ago.

“I had my backpack packed and was headed out the door when my religion teacher at BYU said two words: ‘Expect miracles.’ The phrase hit me so hard I went back to my chair, got my notebook back out, and wrote it down at the top of the page. Then, I promptly forgot about it.

“As I rode my bike quickly to the library to print an essay before class, I saw a car coming. But they had a stop sign, so I kept biking without stopping. I realized too late they were turning right and were not   planning on stopping. I shut my eyes and braced for impact. Then, suddenly, I was on the other side of the car.

“The car pulled over and got out to talk, but I was in shock and just kept biking. I got to the Provo library and was shaking. As I sat there, two    words came to my mind clearly: ‘Expect miracles.’ It’s hard to explain. I know that someone could easily explain this miracle away— but I   personally know that angels were protecting me that day. “

When we experience angelic intervention, there is an essence that we feel, that is indescribable.  It always leaves us breathless and feeling cherished, and with that feeling, we can’t deny what we have experienced.

Sister Wendy Watson Nelson asks us all a very direct question in a now famous quote:

“So, could you use a little more help in your life?  If so, keep your covenants with more exactness than you ever have before! And then ask for angels (a.k.a. your ancestors and other loved ones) to help you… Or ask for them to be dispatched to help those you love! (Wendy Watson Nelson, Covenant Keepers P. 30)

Delores, Thelma, Rose and Mary all discovered how close heaven is and that angels were real and willing to help them in their time of need.  Let’s also tie into that great privilege and honor we have of asking for and receiving angelic support, healing, and protection. Let’s ask!

I would love to hear about your own experiences with angels.  You can CONTACT me at [email protected]

Thank you for this inspiring article. It was just what I needed at this time and although it was difficult to read though my tears, it gave me a calming reassurance that we can ask for help from our beloved families beyond the veil.