How Can We Really Keep the Christmas Spirit All Year? | Meridian Magazine 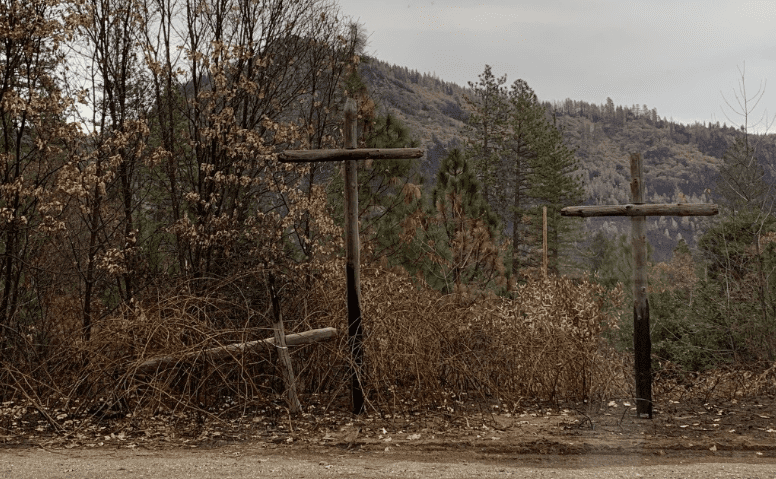 How Can We Really Keep the Christmas Spirit All Year?

Earlier this month, 150 victims of the northern California fires gathered at a Town Hall meeting in Magalia, a community engulfed by the Paradise Camp Fire. They had no power, 80 percent of them had no phone, and they were all running out of food. Roads to stores and gas stations were snowed in. There was a palpable feeling in the air of unrest and worry. Food was distributed and political leaders promised to come back in a week with some solutions to the problems expressed.

Josh Cook, Chief of Staff for Assembly Leader Emeritus, Brian Dahle, was one of those leaders. He also serves as Public Affairs Director for the Roseville Coordinating Council of the Church. When he returned he brought other government leaders who could share news about when roads and schools would open again, when power would be restored, and offer updates about recovery efforts.

This meeting took place at The Old Magalia Church, where fire had burned down one of their three crosses. Pastor Kevin was getting a generator going so that 300 people inside had lights and a microphone. It was cold and the chapel was packed with people, all hoping for services and information.

Then Cook noticed something out of the corner of his eye. It was a blue labeled box being carried out the door by a mother and daughter. Then he saw the logo: The Church of Jesus Christ of Latter Day Saints, in multiple languages. Then another box and then another.

“So often my family has been on the packing end of these service projects,” Cook said. “This time I was where the boxes were being opened, by people who are truly, deeply, and urgently in need of the basics of life.”

In front of the church were pallets of food boxes that had been packed up in Oroville by the California Gridley Stake. Cook says he was overcome with a deep sense of gratitude for the Saints, for the Church organization, and for the many people who had donated fast offerings in the last few weeks.

During the meeting Chester Jourdan, the Executive Director of the Red Cross of Southeast and Deep East Texas, stepped to the stage to give his report, and thanked all of the churches that have been working together to feed, clothe, and comfort people after the fire and floods. He thanked Pastor Kevin for opening his church, he thanked the Baptists, he thanked the Adventists and he spoke specifically of us, The Church of Jesus Christ of Latter Day Saints. He added how he had received help in his community earlier this year, in the floods of Houston, from the LDS church. He then indicated that the food outside had also come from the LDS people.

Cook said he felt deeply grateful to members of the Gridley Stake, and to those of other faith groups in the area. If they want to know “where their boxes went, in case they ever wonder. I found them on the Sabbath, in the hills above you, in the ashes and the mud, at a church full of people who needed them very, very much.”

Members from the Chico stake, all of Butte County, and beyond have also rallied to provide furniture, clothing, food, medical supplies, transportation, and pet food. Many—of all faiths– have opened their homes to displaced families, and have truly shown Christlike love.

When we want to make a difference and really keep the Spirit of Christmas all year, there are many options. But perhaps the easiest one is simply to mark the “fast offering” box on your tithing slip. What a wonderful way to help someone in a true emergency. You never know the lives you will touch.