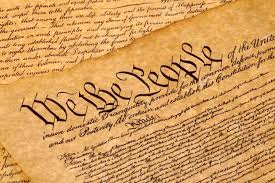 Have Mormons Become America’s Best Advocates For Freedom Of Speech?

According to Forbes.com Mormons may be the best advocates for Freedom of Speech in America.

As the worldwide debate over religion and freedom of speech battles on the Church of Jesus Christ of Latter-day Saints have emerged as patient and tolerant Christians.

Cartoons of the prophet Muhammad have sparked violent and deadly protests in Texas and France among Muslims who believe such depictions insult their religious beliefs.

In comparison, the successful Broadway play The Book of Mormon, created by South Park’s Trey Parker and Matt Stone, which satires and pokes fun of Mormons, but has been met with a very different response. The Mormons have not responded with violence, vitriol, or condemnation. Instead, the church placed amusing advertisements in the playbills with the message, “You Saw the Play, Now Read the Book (The Book is Always Better).”

Read the full article at Forbes.com “Have Mormons Become America’s Best Advocates For Freedom Of Speech?”