Do We Bully Ourselves? | Meridian Magazine 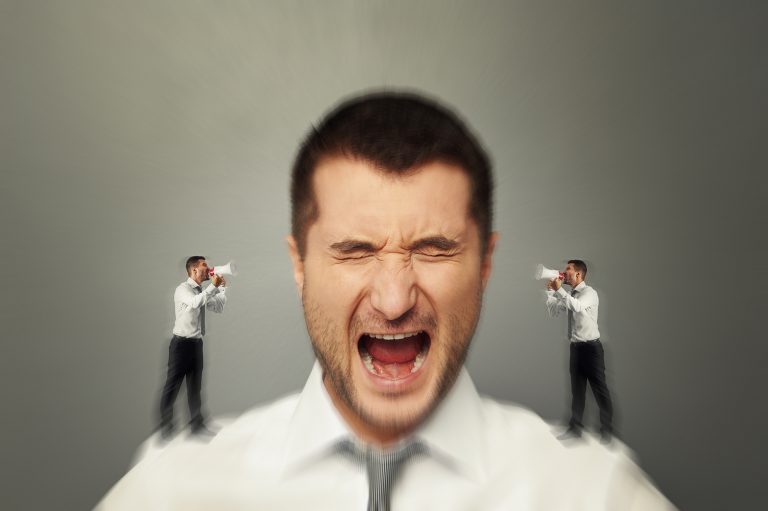 Do We Bully Ourselves?

Mostly I’m seeing this on Twitter and Facebook. In a world where manners seem cast aside, there seems to be one rule of etiquette: It’s rude and disrespectful to criticize others (politicians excepted). If you do, you are pounced upon and corrected by friends and strangers alike who tell you not to judge, not to dis, not to be so hasty. It’s as if we are all protecting one another from labels, bullying, and unfair assessments. Which, I might add, is a good thing. It’s as if everyone has generously adopted the mantra, “If you can’t say something nice, don’t say anything at all.”

BUT… if you say, “I’m such an idiot,” or “I was so stupid,” or “Here I go again,” or “Just my luck,” people will, at most, console you. Often they even identify and share examples of their own equally senseless behavior. The most negative comment you might get is, “Wah, wah, wah, quit whining.”

Where’s the rush to call us out when we put ourselves down? If we point at others, we’re buried in an avalanche. But no one seems as passionate when we heap criticism upon ourselves. Almost no one will shout you down or tell you how terribly wrong you are to say that about yourself. Our self-condemnation stands there as a perfectly acceptable conclusion.

Take it from the internet into “real” life.” If you saw a parent castigating their child in a supermarket cart, saying, “I can’t believe what a dope you are,” you would be alarmed and might even speak up, to save that child from a scarring label. But if that same parent put a box of cereal in the cart—identical to the one they just selected—then caught their mistake and muttered, “I can’t believe what a dope I am,” most of us wouldn’t blink. We might even chuckle. Many of us would think, “Yep, I’ve done that before,” and just keep walking.

As the saying goes, “What would Jesus do?” And I wonder if he would stop and say, “Please don’t say that about yourself. You are precious to me. You are not a dope.”

I’m not suggesting we should catch every self-criticizer by the sleeve and tell them how important and loved they are, but– well, what if we did? What if we expressed the same shock and dismay when we hear self-criticism as when we hear other-focused criticism?

Society has taught us to extend kindness to others, to be polite. But somehow, as they say in agriculture, the water didn’t get to the end of the row. The message stopped short of including ourselves.

And yes, you could argue that seeing one’s own flaws is something that helps us take inventory and improve. But constant self-ridicule doesn’t advance one’s progress; it hammers down our confidence and drive. It makes us feel hopeless and defeated. We begin to wear confining labels and believe them. We bully ourselves.

It’s hard to turn this ship around. People who grew up in homes where everyone self-criticized do it without even thinking. And they do it often. The solution is to take an entire day (or several) and notice every time you speak or think a negative evaluation about yourself. Write it down, if you can find enough paper. Seriously, you will be shocked at how many negative assessments you’ll make.

Just being aware of the habit is a huge first step. I’m a frequent self-criticizer (does that count as a criticism?). Just in one hour I caught myself muttering about putting the car into the wrong gear, later leaving something I needed in that same car, getting into the wrong line (as if you can intuit which line will move fastest), and forgetting to run another errand I meant to. In each case, I was expecting too much of myself. Simple mistakes are not the end of the world, and circumstances—like choosing the fastest line in the store–are often out of our control. Yet we mentally berate ourselves with condemnation we would find hurtful if anyone else had said it.

Jesus told us to love others as we love ourselves (Matt. 22:39), but many decide to ignore that last part, about loving ourselves. We treat ourselves with more carelessness and downright rudeness, than we would ever dream of heaping upon a stranger. We forget our infinite value, our glorious potential, and our Father in Heaven’s belief in us. Jesus gave his very life for us, yet we act as if we are of no value at all.

Next time your children make a mistake, watch and see if you blame yourself for being the worst mother in the world. When you fall short of your hopes at work or in school, see if “I can’t do anything right” enters your head. And then stop it. Just stop it. Take a breath and reframe your response. You are retraining your brain to jump to another conclusion, a positive one. Say to yourself about your child, “He knows better.” Or “I’ve taught her what to do, she’s going to have to learn this on her own.” When you fall short of your goal, say, “Okay, we’ll try that again.” Or, “Now we know what to do differently next time.” Don’t define yourself by your weight, your skin, or your handwriting, to mention only those criticisms I brought up earlier. Remind yourself that you’re a good person, a smart person, a sincere person.

Ask Heavenly Father to see yourself through His eyes. When you put yourself down, notice it, stop it, and reframe it. Ask Heavenly Father what He thinks. It will never be as harsh as your judgment was. And if what you did truly was sinful, He will always offer a hand up, and a path to higher ground. Always. He will never say, “There you go again—you’re a hopeless mess.” He will always have hope for you, and know you can turn things around.

So much of our self-bullying is subconscious, or at least silent. That actually makes it all the more insidious. So we have to make an effort to notice these thoughts, halt them, and then replace them with encouragement and determination to do better.

Watch your loved ones, and when you catch them putting themselves down, tell them how wonderful they are. Remind them of all the good they do, the strides they’ve made, the things they’ve accomplished. Don’t allow them to rake themselves over the coals any more than you would allow a stranger to do it.

At the very least, next time you’re leveling a complaint against yourself, stop for a moment and see how it would sound if you said that to someone else. Chance are, you’ll stop and reconsider.

Beautiful article. I struggle big time with criticizing those close to me. It is definitely part of the cycle of pride that I work on constantly. I don't think criticizing is bad if it's done with love and compassion in order to help someone see something they might need help with. But I do not think that is what most of us do. I've found it is better to compliment what was done right that to criticize what was done wrong.

While driving down the freeway one day, I was accusing myself because I had not accomplished all the things I had hoped I would. It was then it came to me, that this was pride. Who did I think I was? Some kind of a super woman who didn't need time to stop for a breather, or who could just go go, go? Realized I just wasn't a perfect as I thought I was -- if I would have been able to accomplish all I wanted. Thought... I know my Heavenly Father knows how I am loves me the way I am. That has made me much more patient and considerate of myself. Instead of berating myself, I try to do things better next time.