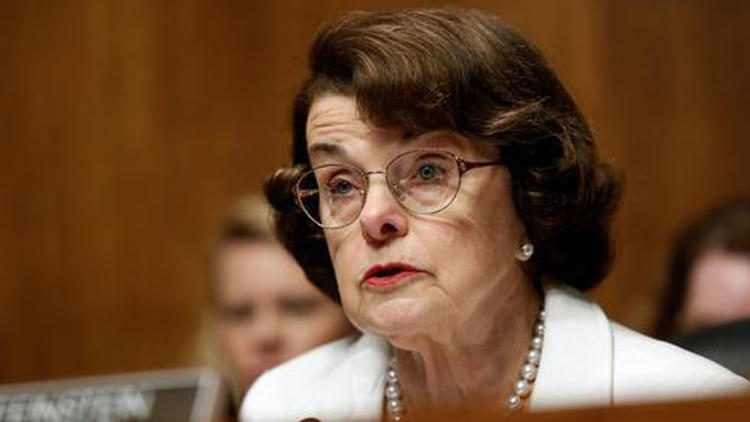 This article is by David Harsanyi and appears in the National Review.

Since Durbin inquired in the form of a question, we can only assume that Barrett’s answer was pertinent to the confirmation. That is problematic, considering that the Constitution explicitly states that no religion — not even a belief in orthodox liberalism — should be a prerequisite for holding a federal office. At least Durbin’s query about “orthodox” Catholicism was based on some concocted apprehension about Barrett’s ability to overcome faith to fulfill her obligations as a judge.

The professor, who apparently takes both the law and her faith seriously enough to have pondered this question in writing, told Durbin, “Any kind of conviction, religious or otherwise, should never surpass the law.” But Barrett’s Catholicism would come up a number of times during the hearing, and in far more troubling ways.

What a spectacle! Democrat Senators asking Notre Dame Law School professor Amy Coney Barrett an appellate court judge nominee to take a religious oath specifically proscribed by Article 6 of the Consitution. “Are you an Orthodox Catholic? Asks Democrat Dick Durbin? You are Catholic religion is too dogmatic to be a justice. Said Diane Feinstein. After all you have seven children!!! Senator Al Franken (D., Minn.) asked Barrett questioned speaking honorariums she received from the religious-liberty nonprofit Alliance Defending Freedom, comparing the group to the late Cambodian leader Pol Pot. We thought these questions of religion had been litigated and put aside by John F Kennedy and Mitt Romney. Apparently not. So here is an irony. 110 years ago after four years of wrangling in the Senate of the United States, Senator Reed Smoot was seated. It took four years and the intercession of President Theodore Roosevelt for Article 6 to be honored. And here ---this week Article 6 is again being dishonored by Democrat Senators. The Senate.gov sums up the Smoot “trial” this way: The investigation into Reed Smoot's right to a Senate seat had in many ways been an American trial of the Mormon Church. In permitting Smoot to retain his seat, the U.S. Senate took a stand in support of religious freedom for all Americans. In practical terms, the staunch support of Republican President Theodore Roosevelt had helped to ensure the margin of victory by encouraging wavering Republican senators to stand firm. Reed Smoot served in the Senate for thirty years. At his death in 1941, he was third in line for the presidency of the Church of Jesus Christ of Latter-day Saints. More’s the irony, Senator Reed Smoot was the instigator of legislation which authorized the funding and building of the current Supreme Court building. For 145 years they had no building of their own.

It is with extreme effort that I have chosen not to express my opinion of Senator Feinstein and her political buddies, being ever mindful of Proverbs 13:3 and many similar scriptures that encourage self-restraint. Their presence in congress says much about the character of their constituents.