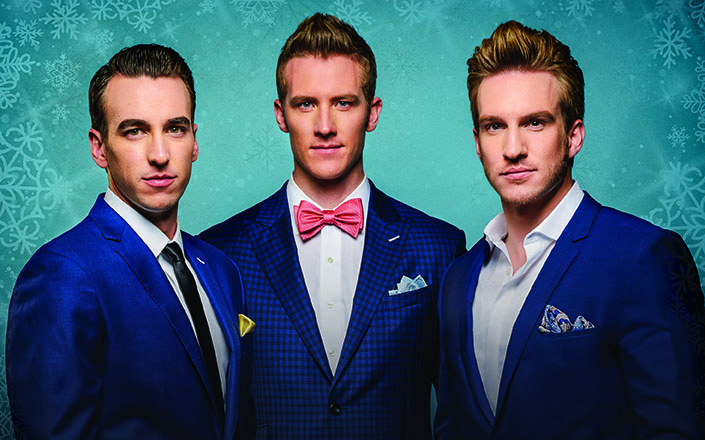 Celebrate Holiday Music with Gentri, Lexi Walker and the 12 Bands of Christmas on BYUtv

With the Christmas season in full swing, BYUtv is celebrating the season by presenting two hour long holiday music specials:  In Performance: Christmas Under the Stars and AUDIO-FILES: 12 Bands of Christmas, airing on Sunday, December 6 at 5pm MT/7pm ET and Wednesday, December 9 at 6pm MT/8pm ET, respectively.

Filmed on location at an old Jerusalem replica set, the one-hour special, In Performance: Christmas Under the Stars, features Gentri -the Gentleman’s Trio- and 13-year old Lexi Mae Walker for a celebration of Christmas music and the true meaning of Christmas. Viewers should prepare to tune in, this Sunday at 5pm MT, prior to the broadcast of the 2015 First Presidency’s Christmas Devotional of the Church of Jesus Christ of Latter-day Saints. This show also features The Snow College Chamber Orchestra, The Snow College Cadence Chamber Choir, The American Heritage Youth Chorus, and other musical guests.

Gentri, featuring Brad Robins, Casey Elliott and Bradley Quinn Lever, perform with a fusion of lush, epic orchestrations coupled with rich, dynamic three-part harmonies. They released their debut album this past March and recently dropped their Christmas EP “Merry Christmas” featuring the #1 Billboard chart-topping single “What Child Is This/I Wonder As I Wander.” 13-year old vocal sensation Lexi Mae Walker who captivates audiences with her powerful voice, is well known for her compellingly mature performance as Elsa in the Alex Boye/One Voice Children’s Choir video cover of “Let it Go”, which has more than 73 million YouTube views. Her Christmas album, “Merry Christmas”, was just released through Sony Music Entertainment.

Airing on Wednesday, December 9 at 6pm MT, AUDIO-FILES: 12 Bands of Christmas is a one hour special that highlights Utah’s acclaimed music scene and features 12 local bands who bring their musical creativity to the screen and help spread holiday cheer with their renditions of Christmas classics. From acoustic ballads to indie rock carols to soulful songs, viewers will be treated to performances from Fictionist, Elaine Bradley from Neon Trees, The Moth & the Flame, Joshua James, Ryan Innes, The Blue Aces, Book on Tape Worm, The Brocks, Mindy Gledhill, The National Parks, Quiet House and The Strike.

In Performance: Christmas Under the Stars