Before Scrooge, there was Marley | Meridian Magazine

Before Scrooge, there was Marley

A new book out this Christmas tells about the “other guy” in A Christmas Carol, who looks for all the world like he’s doomed to wander in chains forever. 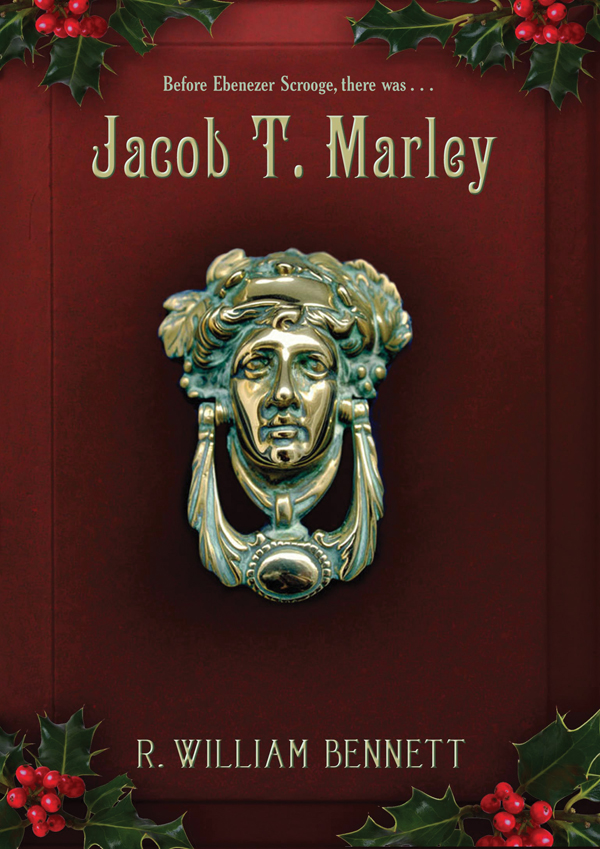 One cold December evening in 1966, ten-year-old  Bill Bennett was watching an old version of Dickens’s Christmas Carol on T.V. with his father. In the final scene when Scrooge begins a new life as a new man, this little boy thought, “But what happened to Jacob Marley? Doesn’t he get a chance at making things right too?”

Through the years, whenever Bill saw or read Dickens’s work, the same question plagued him. Little did he know that he might find himself in a place to offer a plausible answer to that question. 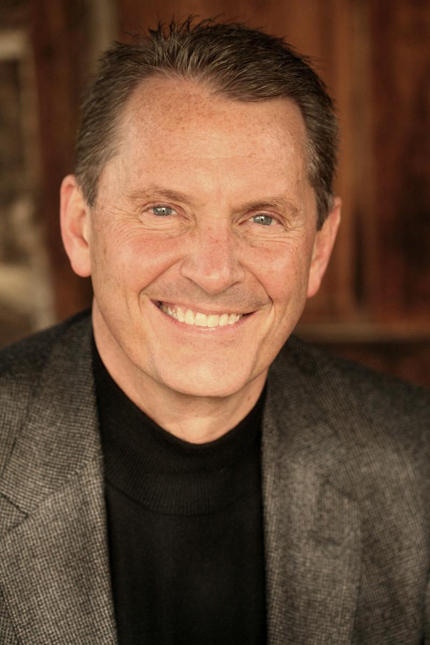 Fast forward many years to August of 2009, to a hotel room in Redmond, Washington. Middle-aged Bill Bennett, away from home on a business trip, is taking a mental inventory of his life. The thought came to him: “If I was told I only had a month to live, how would I feel about my life?” He reviewed his roles as husband, father, provider, church worker, friend, and concluded that though he was far from perfect, he would at least have clear conscience in each of those areas. He had tried hard and done his best.

So what was this restlessness, this feeling that there was something more he should be doing? He had been president of a few companies before settling into his current executive position with FranklinCovey. A good job, a challenging job, yet something was missing. It came to him that if he were on his deathbed, the one thing he would totally regret was never giving time to his dream of becoming a writer. The thought was overpowering and he couldn’t let go of it. When was he going to do it? When was he going to become a writer?  The conviction swept over him: the time was NOW.

Where Do I Go from Here?

By the 1st of September Bill was sitting at his home desk saying, “What do I do now?” His first inclination was to write a book on leadership, and he actually mapped it out in his mind, presented the idea to an agent, and received a favorable response.  But after working on it for a month, he was not sure he was on the right project.

He had written a 12-page Christmas story just for his family earlier and called it The Christmas Gift. The family had loved it, and as soon as he told his youngest daughter, Katherine (eleven at the time), that he was going to be a writer now, she became a great advocate for that story, telling him repeatedly that he should make it into “a real book.” As a result Bill decided to expand that story into a small gift book. He did so, and between mid-October and Christmas he sold enough of that little self-published Christmas Gift book that he decided to get the help he needed to make it into a quality gift book and put some real effort into marketing it the next Christmas season. To his surprise he was able to place that book with a big distributor who got it into Costco and Shopko stores. Before long he was offered a contract for movie rights on the story. Not bad for a first time, self-published author!

But How Did the Jacob Marley Book Come About?

When Bill decided to leave his job to write he hadn’t thought about the Marley story for a long time. Earlier, however, Bill had attended the Broadway play, Wicked with his oldest daughter. Near the end of the show he had the thought, “Wouldn’t this be a great way to tell the story of Marley?” He forgot about it, but the idea came back to him in September 2010.  And the thought wouldn’t let go of him. He tried to start writing it, but soon realized he needed to do his homework before he could write authentically.

He went to work doing exhaustive research about Dickens and the culture and time that made him. He read Dickens’s Christmas Carol story over and over and watched every available version that had ever been made on video. He researched phrases in the text that he didn’t understand. When Dickens put the phrase, “decrease the surplus population” into his story, everyone at the time knew what he was talking about. And Bill found out why. He researched the conditions and history of London at that time in history in order to be able to make his writing credible. Bill said, “I found an 1840 map of London online.  I printed out 20 panels of the map, put them up on my wall, and plotted all my characters movements so that both walking and carriage riding in the story was in realistic distances and down actual roads in London at that time. I also read multiple biographies of Dickens life as well as critical analysis of A Christmas Carol.” 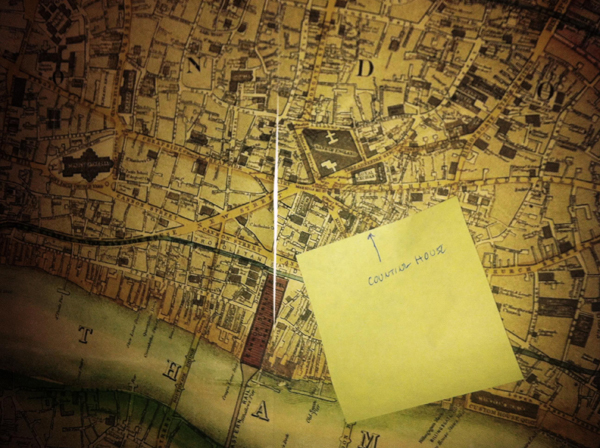 Finally Bill started to write in earnest. Ideas came pouring onto the page, but Bill knew he needed the Lord’s help every step of the way. Every time he sat down to write he would pray, then put his hands on the keyboard. The ideas would flow out and he would be amazed. The words just came. Bill became obsessed with the project and couldn’t think of anything else. He worked on it night and day, feeling an urgency to finish it. For nearly four weeks he did little else but work on this story.  It didn’t make rational sense to do that. He had invested a lot of money into the new printing of The Christmas Gift and knew he needed to be marketing it. He had an agent interested in his leadership book. He had no idea what he would do with a story about Jacob Marley. But he followed his feelings, and saw it through.

A few days after he finished the draft Bill got a phone call from a friend who had begun working at Deseret Book. She knew about Bill’s Christmas Gift book and asked Bill if he had any other Christmas stories. They were urgently looking for a new Christmas book for 2011. Bill nearly jumped out of his chair, realizing that he, indeed, had something to offer them. This friend arranged for Bill to meet with the vice president of Shadow Mountain (Deseret Book’s general market publishing arm).

At the meeting, the editor said, “So, you self-published one book. What makes you think you are a good writer?”  Bill said, “I don’t know how good a writer I am, but I think I’m a good storyteller.

” A few days later Bill had a contract, and the editor assigned to Bill’s book, began working on his manuscript.

This has to be a record. Things do not generally move fast at any publishing house, and it is not unusual for it to take an entire year to move from submission to contract.

The Shadow Mountain people immediately went to work on cover design and a marketing plan. Bill said, “After every meeting I would sit in my car and get emotional and thank the Lord for trusting me with this great idea. Ten months later the book was released for the Christmas 2011 season and is now steadily climbing on the top ten list for sales at Deseret Book.

My Experience with the Book Jacob T. Marley

I began reading the book with great curiosity, which soon changed to awe. The writing feels like Dickens. The story shines with the authenticity of Dickens’s writing. Yet it was written by a writer who readily admits he is a beginner. One of the editors at Shadow Mountain said to Bill,  “Do you know how good this is? This book will outlive you.” Bill said, “That was another one of those moments when I thought, ‘I just can’t believe this is happening.’ I go back and read my book and I think, ‘This isn’t me; I was just fortunate enough to be entrusted with an idea that was this good.’”

Here’s some examples of the text. Where the spirit of Christmas Present is speaking to Marley about Scrooge’s sorrow when he viewed scenes from his past: “True, he feels sorrow, and from sorrow can spring change. But if his sorrow does not become resolve, and his resolve give birth to action, then his lot has not changed”(p. 154.) Later, the ghost of Christmas Yet to Come added, “If he cannot see that he must do more than feel regret—that he must do good—he does not partake of the peace we have to give him”(p. 167).

Time is running out for Scrooge. In Bill Bennett’s timeless addition to the Scrooge story, Jacob Marley recognizes his own contribution to the man Scrooge had become, feels compassion for him, and pleads with the Spirit for Scrooge to have more time. With a sureness he had not known his entire life, he turned to the spirit and said, “If you need to settle a balance, if Scrooge is found wanting in his accounts with you, then balance your scale with me . . .  give me his chains. I will wear them with my own” (p. 170). The results of that unselfish offer play out in the very happy ending of this book.

Here’s my personal opinion: the story of Jacob T. Marley is the perfect vehicle to sound abroad the redemptive nature of God’s love—both in this life and beyond the grave. The Restored Gospel sounds the goods tidings of great joy that Christ’s power to heal reaches beyond this life; that missionary work and repentance and salvation continue in great resounding tones in the spirit world and throughout the Millennial Era. “Every knee shall bow and every tongue confess.” But few in the world today know or understand or believe such doctrine.

Because of the universal nature of this story and its power to cross boundaries of race and religion, the message of redemption beyond the grave can reach the hearts of many who would otherwise remain untouched. No wonder Bill Bennett feels such gratitude to be entrusted with such a message! No wonder the Lord blessed him so profusely in bringing forth this remarkable work!

Bill expressed to me his great testimony of promptings. He knows that it was only because he followed the promptings and ignored his own ideas of what he thought he needed to do that the Jacob Marley book happened.

To me, Bill’s life these last few years is a perfect example of the miracles that can happen when a person is willing to take the Leap of Faith. Bill said it all shows him that the Lord knows exactly what He is doing. The Lord knew why Bill needed to finish the Marley book right away, even though Bill didn’t have a clue. By following promptings, Bill was ready when the opportunity came.

Bill concluded, “I’ll never make the money writing that I was making at my previous jobs, but that’s okay. There is no peace like knowing that you are doing what you are supposed to be doing. I now have a strong testimony that I am doing just what I need to be doing. My advice to anyone would be to find out what Heavenly Father wants you to do and do it, without any fears. Take the leap of faith. Even the bumps in the road are part of the process. It is such a peaceful way to live.”