Take Me Out to the Ball Game: Great Sports Books | Meridian Magazine

Take Me Out to the Ball Game: Great Sports Books

Its baseball season and football season is right around the corner. Soccer is now over and so is basketball. But various sporting events surround these outstanding books. The first three books are picture books and are good for all ages. The rest of the books are good for ages nine and up. 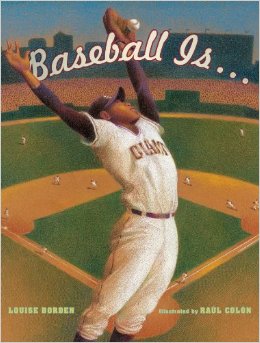 Baseball is…, by Louise Borden, and gorgeously illustrated with colored pencils by Raul Colon, is a well-crafted book that celebrates a sport that began in America and takes the reader through our history in elegant free verse. “Baseball is” many things to Americans. “Oh, the bright happiness of cheering a team on, / of sitting side by side, / of standing hand in hand / with those who share with you / their own special love for this team.” Check out the wonderful fold-out which draws special attention to Babe Ruth, Jackie Robinson and Roberto Clemente.

Soccer Star, by Mina Javaherbin, and beautifully painted with sepia ink and digitally colored by Renato Alarcao, is a tribute to the many Brazilian children who strive to overcome poverty. The author’s note at the beginning of the book pays homage to this fact and the purpose of this perfectly illustrated book that reflects in both word and picture how many children dream big in order to leave poverty behind. The positive message is strong and yet doesn’t diminish the difficulty of growing up in poverty.

The Soccer Fence: A Story of Friendship, Hope and Apartheid in South Africa, by Phil Bildner, and with pages filled with hues of gold, oranges, blues and greens by Jesse Joshua Watson, showcases a boy through his young life and his love of soccer and of dealing with prejudice. A fence is seen as soon as you open the book and a fence is what divides the boy playing soccer on dirt and the green fields of a white boy and his team. The book reflects the gradual acceptance of the country as the sport helped bring the country together. The final pages give a time-line of events helping to ultimately dissolve the fence of apartheid. 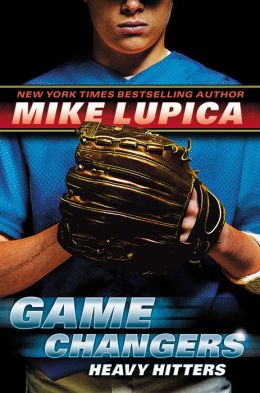 Game Changers: Heavy Hitters, by Mike Lupica, is another richly told sports story that centers on friendship and family. This is the third book in the “Game Changers” but it’s not necessary to read the others to enjoy this exciting story. Four friends are playing in the All-Star baseball game but they find major problems when an injury affects one and something worse affects another. This page-turner will have every fan of baseball not wanting to stop until the very end. Lupica is one of the best authors of this genre! Be sure to check out his other new book about football, “QB1″, which is every bit as good as this baseball book. 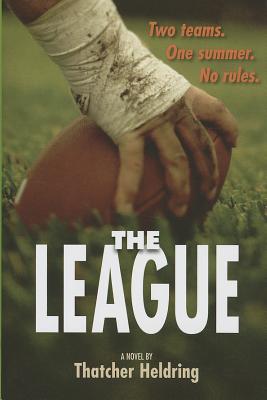 The League, by Thatcher Heldring, is a story about bullying, lying to parents and ultimately redemption. Eighth grader Wyatt is tired of bullies and decides to deceive his parents and play summer football rather than golf. What he learns about himself and finally standing up to those kids who pick on him, as well as relieving the guilt he feels about telling the lie of playing football, will keep kids reading to the end.

Screaming at the Ump, by Audrey Vernick, is a different take on a sports book: from the angle of the umpire. Casey was surrounded with umpiring due to his father and grandfather running the best umpire school around. He wants to become a sports journalist. But when he happens upon a huge story that involves a major-league player at his father’s umpire school, he discovers that finding out every aspect of the story takes a lot of effort. Is he willing to do this much work? What he discovers and how well written this story is, makes this book a real winner!

Crossover, by Kwame Alexander, is a beautifully written story in concrete poetry style about basketball twins who rule on the court. Thanks to the great coaching of their dad, a former professional player, and their supportive mom, who is the assistant principal, they are surrounded with love. “I put the broom down, / wrap my arms around her, / and tell her thank you. / For loving us, and Dad, and / letting us play basketball, / and being the best mother / in the world.” The difficulties they experience on and off the court make this book a great read, especially the lyrical usage and placement of words. This book begs to be read out loud!

Say It Ain’t So, by Josh Berk, centers on baseball, but it involves friendship and the difficulties of middle school. Mike was hoping to be a great pitcher, but has recently suffered a shoulder injury. So now he’s worked his way into becoming an outstanding catcher. But soon Mike discovers that someone is stealing his catchers signals. Reading through to discover who could be doing this, or imagining that perhaps Mike isn’t all that you think he is, will take you all of the way to the end of the book.

The Kicks, a new series by Olympic Gold Medalist Alex Morgan, celebrates girl’s soccer, believing in yourself and working together as a team. The first book, “Saving the Team” is followed by “Win or Lose” and “Sabotage Season”. 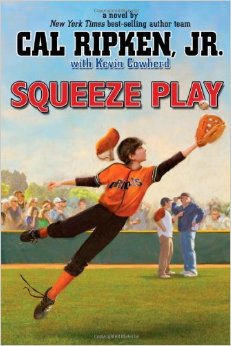 Squeeze Play, by Cal Ripken, Jr., is a baseball story that not only involves Corey and how he handles the pressures of keeping his competitive position on the team, but also about out-of-control parents who feel their child should be playing more or different positions or upset with calls from the umpire. The ultimate message here is the valuable lessons in winning and losing, and getting along with teammates and coaches. But most importantly: relationships and support of parents and child on and off the field. The other new book from this author is “Wild Pitch”.