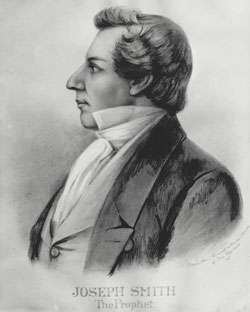 The Joseph Smith Papers Project announces the release of the second volume in its Documents series, Documents, Volume 2: July 1831-January 1833 (The Church Historian’s Press, $54.95). The Documents series presents in chronological order the core of Joseph Smith’s documentary record. This volume contains revelations, correspondence, minutes of meetings in which Joseph Smith participated, and licenses provided to church officers. These documents allow readers to see both the administrative growth of the Church of Christ and Joseph Smith’s maturation as its leader.

Documents, Volume 2 contains over forty revelations, many of which were later printed in the Doctrine and Covenants. By presenting these revelation texts, this volume chronicles administrative and doctrinal developments in the church. These revelations were pronouncements in the voice of Deity that Joseph Smith’s followers accepted as God’s word. Some revelations unfold stunning new doctrines, including an account of the three kingdoms of heavenly glory awaiting God’s children and a detailed delineation of the two priesthood authorities God had bestowed on humankind. Others provide specific direction to church members on the establishment of the city of Zion in Missouri and emphasize the importance of gathering to that area. The volume also contains two letters from Joseph Smith to his wife Emma. These poignant letters depict a family man who missed his wife and daughter when he was traveling and who worried about their safety and well-being. The introductions and footnotes that accompany each document offer new research and provide historical context to help readers understand the circumstances of the documents’ creation.

The editors for Documents, Volume 2 are Matthew C. Godfrey, Mark Ashurst-McGee, Grant Underwood, Robert J. Woodford, and William G. Hartley. This volume, along with all previously published volumes of The Joseph Smith Papers, is available for purchase through Deseret Book Company, the distributor for the project, and many other booksellers.