Some of the best gifts to give at Christmas time are books! Books can uplift, motivate, entertain, inform and educate. Here is a list of non-fiction books that are perfect for the entire family, extended family, neighbors and friends. I’ve divided these outstanding books into animals, people, information and science. 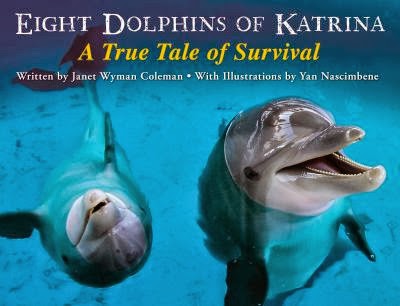 Eight Dolphins of Katrina: A True Tale of Survival, by Janet Wyman Coleman, tells a most amazing story of dolphins who survived the horrific hurricane that hit the Gulf States back in 2005. A forty-foot tidal wave smashed into the aquarium that housed these precious mammals and they swam into the ocean. This was an extreme problem because they would not know how to feed and protect themselves. This book shows their high intelligence and how their trainers were able to locate them. The photos found throughout the book showcase the aftermath of the storm and the animals and their trainers.

The Dolphins of Shark Bay, by Pamela S. Turner, and photographed by Scott Tuason, is another informative and highly enriching book giving insights into these intelligent animals living in the wild. The author traveled to Western Australia to join veteran scientist, Janet Mann, and her research team at the Shark Bay Dolphin Project.  Here they have been studying these animals in their natural environment. They are studying why these mammals are so smart and what reasons there are for their intelligence while living in the wild.  This book gives much to reflect on as you become aquatinted with specific dolphins and their unique and individual personalities. You begin to see their personalities, traits and even humor. The wondrous photos found throughout the book take you to the world down-under. 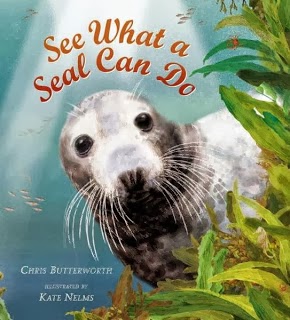 See What a Seal Can Do, by Chris Butterworth, and beautifully painted with mixed media by Kate Nelms, takes you on a journey with a gray seal where you learn about what they are, how they move, where they live and much more. These beautiful sea animals are the only mammals that live both on land and sea. Their torpedo shapes help them navigate through seaweed entanglements and also escape from sharks. The full-spread pictures are filled with aquatic and sand colors of aqua and brown hues. Don’t forget to check out the informative end-pages.

100 Most Feared Creatures, by Anna Claybourne, is a tall paperback that features some of the deadliest animals in the animal kingdom. Included are snakes, wild wolves, deadly insects and raptors. The photos alone will interest kids of all ages, but the kid-friendly text will keep them reading to the very end.

Daredevil: the Daring Life of Betty Skelton, by Meghan McCarthy, is a picture book that tells about a little known adventurer that grew up in the 1930’s.  Ms. Skelton had a fascination with planes and by age 16 attained her pilot’s license. But because there were few women flying planes she wasn’t allowed to fly for the commercial airlines or even join the U.S. Navy Air Corp. But these barriers didn’t stop her when she set an altitude record in 1951. The bright acrylic colors fill the pages with bright hues of blues and reds.

The Great American Dust Bowl, by Don Brown, has a layout with several pictures on almost every page.  This book has a comic book approach, but the approach showcases the impending doom of the storm that is about to hit the Mid West in the 1930’s. The colors are an assortment of yellows and browns until rain finally falls lightening the sky to blue. The text is minimal, but direct, making this informative book a winner! And, there is additional information and sources found at the back of the book. 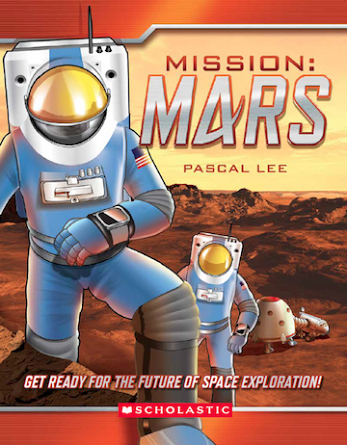 Mission: Mars, by Pascal Lee, lays out the plans of the United States to send astronauts to Mars in about 2035. This thin paperback picture book shows kids just how to begin training to join the first crew to head to the nearest planet to earth. The layout is colorful, interesting and full of information about equipment and the strategies of what is needed for this trip. There is also much information about the Red Planet. So get your spacesuit and rover at the ready.

How Do You Burp In Space? And Other Tips Every Space Tourist Needs to Know, by Susan E. Goodman, and illustrated with a bit of humor in almost every drawing by Michael Slack, is full of information that you’ll need to know to head into space. However, as with the illustrations, the text is also humorous as well as informative.  The chapters include “Planning Your Trip”, “Getting There” and “Dining”. This book is perfect for the astronaut in you.

So You Want to Be a Chef? How To Get Started in the World of Culinary Arts, by J. M. Bedell, is full of encouraging ideas and tidbits to help you begin your vocation of cooking and baking extraordinary foods. The book is set up in a step-by-step direction to help you become the chef you’ve always wanted to be. And, the recipes included are mouthwatering and crowd-pleasing! Included are motivating stories from young cooks who became successful at their art. 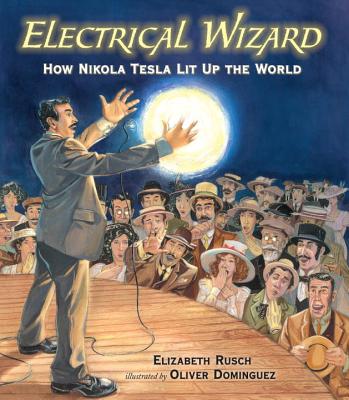 Electrical Wizard: How Nikola Tesla Lit Up The World, by Elizabeth Rusch and beautifully painted with graphite, gouache, acrylic and ink by Oliver Dominguez, is the true story about how young Serbian Tesla had a great desire to harness electricity through an advanced technological means that helped pioneer modern electrical engineering. His revolutionary ideas are what brought about X-rays, remote controls, fluorescent lights and more. He rivaled Edison with his ingenious ideas. This fascinating story is, for the most part, unknown but with amaze you as you read about all of the difficulties he had to overcome to prevail with his inventions. Be sure to check out the back for more information and scientific notes.

Would these books be appropriate for all ages? 10-20 years? thanks