Four years ago George Wythe University began an intensive administrative overhaul and cleanup of both its financial practices and academic records. Today we are pleased to announce the president who will complete final details of the cleanup process and lead GWU into a bold and bright future, Dr. Ashby Boyle II. As General Counsel for the University over the summer, Dr. Boyle is intimately familiar with the full history of the school, from its origins in 1992 to its painstaking turnaround starting in 2009-up to the present. Few match his understanding of GWU’s past, or his commitment to its future. 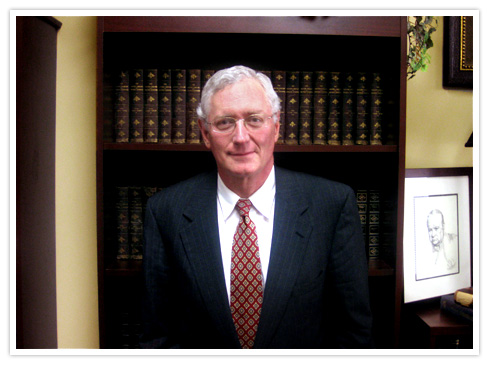 Dr. Boyle holds a total of seven degrees, which he earned at Princeton, Yale, Columbia and Cambridge, and he is intimately familiar with the classical canon of Western Civilization that comprises GWU’s expansion of the Great Books curriculum. A former adviser to President Ford and law clerk for Chief Justice Warren Burger of the United States Supreme Court, Dr. Boyle also taught religious ethics and other subjects at Yale for five years. Utterly committed to the cause of liberty, he has received awards and fellowships to conduct research on Spain’s transformation from a fascist dictatorship to a constitutional form of government, to teach property law, and to publish a critique of religious jurisprudence at Supreme Court. He is also a practicing attorney in New York and Utah. Dr. Boyle is uniquely qualified to both lead and teach at an institution devoted to mentoring the classics for the virtues of statesmanship. You can learn more about Dr. Boyle in his official bio.

Dr. Boyle also brings a host of valuable associates gained over his illustrious career-an asset of reputation and future recommendations that will significantly benefit GWU students as they seek opportunities in their quest to move the cause of liberty. Both administratively and legally, few people are as qualified as Dr. Boyle to serve as president of GWU to complete its cleanup, and to lead its students into a bold future.

As we celebrate new leadership, we would be ungrateful if we did not affectionately thank our most recent president, Dr. Schulthies, for paving the way for this development. During his tenure, President Schulthies introduced a vital ethics component into the curriculum and he raised the academic bar to the present level. At the same time, he tirelessly sacrificed to work on solving the serious administrative problems he inherited, a labor for which we are all deeply grateful and indebted. We anticipate great things of him in his next administrative role as Headmaster of John Adams Academy in Roseville, California. As a favorite instructor among students, we are also pleased that he will remain on the GWU faculty to teach via live video feed into the classroom of future semesters-a use of technology we now utilize with other select faculty as well.

Meanwhile, we are delighted today to announce the appointment of President Boyle. With Fall Semester rapidly approaching he is busily preparing new faculty and expanding our alliances at the State Capitol the Courts and with the media. Having participated in this year’s Statesmanship Invitational as well as Commencement (the highlights from which you can view here), plans are already underway to further enhance these and other inspiring events. We now look forward to a fresh new horizon that is richer than ever-one filled with even greater opportunities for our students as they fulfill their missions while moving the cause of liberty.