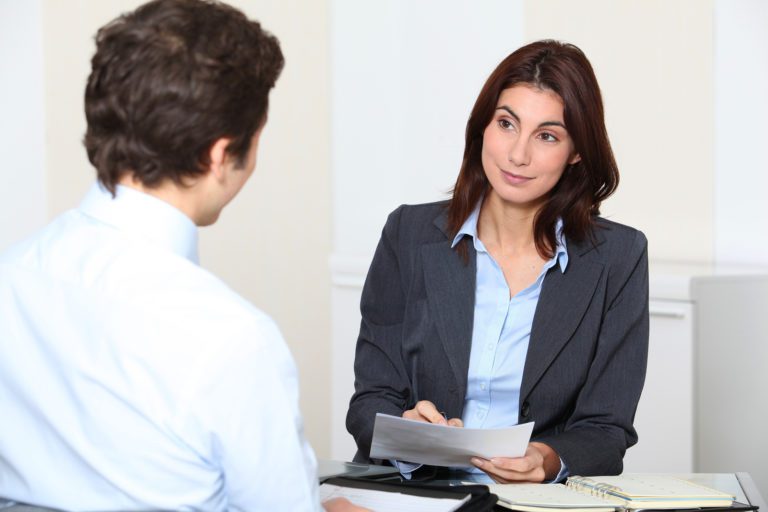 Applying for a New Job

I was working on my graduate degree in mathematics and was struggling to support my little family when I saw an ad in the local paper. A vocational school was searching for a part time math teacher. I thought about how much fun it would be to teach students math applicable to their chosen area of study, so I drove to the school and filled out an application.

A few days later the secretary called and asked me to come in for an interview. I arrived early and was directed to a lounge where I could wait with the other applicants. Jobs were somewhat scarce, and my heart sank as I saw the large number of people who had applied. As a group, we were ushered into a large conference room where all of the school’s teachers and administrators were waiting.

After we were seated, the school’s director addressed us. “Just so you understand, we are not looking for a math teacher because we necessarily feel our students need to learn math, but because the state recently informed us that they are going to require all of our students to have at least a basic proficiency in it or they will cut our funding. To be honest, there are some here who feel that a math class is a big waste of valuable teaching time.”

“You can say that again,” one of the teachers said.

“David,” the director replied. “Since you obviously have a strong opinion on the subject, why don’t you go ahead and express it?”

“I teach auto body,” David said. “Can any of you give me one good use of mathematics for a student who works on cars? No, you can’t, and let me tell you why. There isn’t one. My students should be spending their time learning how to detail and perfect the way a car looks, not wasting their time doing useless math.”

“Now wait just a minute!” another man said. “Yes, I teach engineering, and indeed we use a lot of math, but I use it in simple things, too, even in something like balancing my checkbook.”

David rolled his eyes. “I’ve heard it all before. Blah, blah, blah, you can’t live without it. Well, let me tell you, I’m no math genius, and I do just fine.”

Many other opinions were expressed with some of the discussion becoming quite heated. I learned that the spectrum ran from those like David who felt his students didn’t need it at all, to Bill, the engineering teacher, who wanted his students to have all the math they could.

“Well, we have to do it,” the school director said. “So what room can we use?”

“How about my classroom,” David said with what I felt was a bit of a smirk. “It is the biggest and nicest classroom in the school.”

“Thank you, David,” the director replied. “Knowing how you feel on the subject, it’s nice of you to offer.”

David grinned. “It’s my pleasure. Besides, if my students are doing math, I won’t be using it.”

When that meeting ended, the director and a smaller group of teachers, including David and Bill, interviewed each applicant individually. That was when I learned that the administration only wanted to pay for one class, even though they expected the math diversity to range from simple addition for some, to logarithms and complex numbers for others.

The next morning, the secretary called and said I had the job if I wanted it. I felt proud to think that I was chosen from among all of the applicants. I prepared all morning and went later that day to teach my first class. That was when I found out why David had volunteered his classroom. He moved a car from across the shop to right by where I was teaching, and while his students were with me, he sanded the car, ground on it, or did whatever else he could to make noise. Bill dropped by to see how it was going. Yelling over the din, I told him I felt honored they had chosen me.

He laughed and patted me on the back. “Don’t get too big of a head over it. After the discussion yesterday, every single one of the other applicants withdrew their application.”

And as I tried to teach over the sanding and pounding, I wondered if they, perhaps, were smarter than I was.