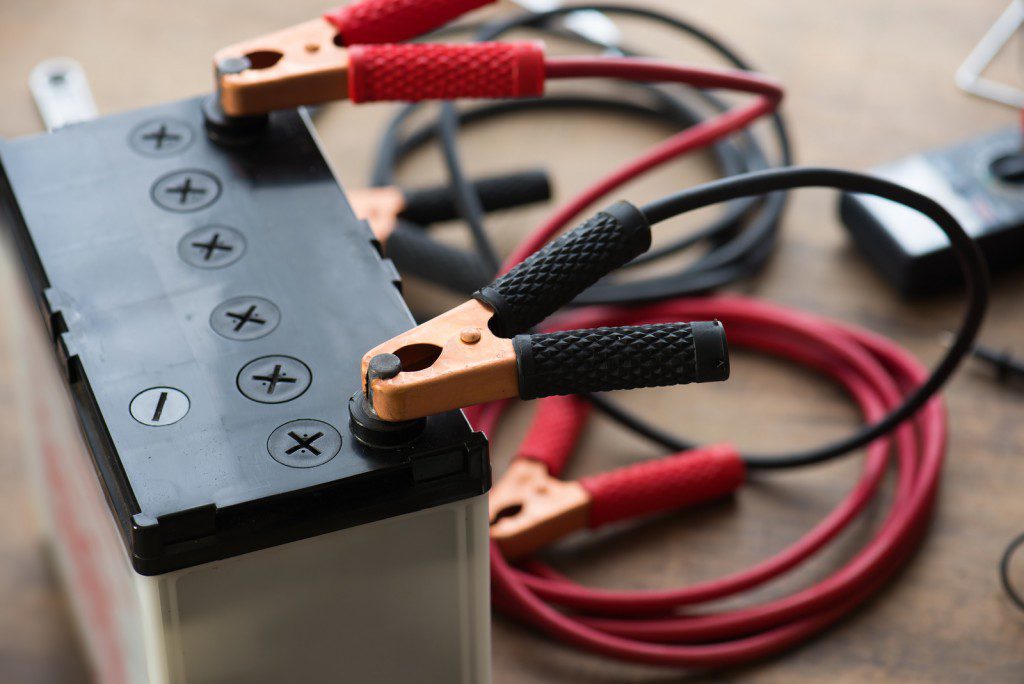 In our mechanics class, Sam had put two powerful chargers on a battery that was already fully charged, blowing it apart and sending a stream of acid down Riley’s back. Riley finished washing, clothes and all, in the emergency shower, just as the end-of-class bell rang. He threw his coveralls on the hook and chased Sam out the door as Sam ran to his next class to get away.

A group of us stayed to help clean up the mess, and as we were finishing, I bumped Riley’s coveralls and the whole back of them fell apart. We were all shocked, and our teacher, afraid that the acid might also have soaked into Riley’s clothes, told us to find Riley and warn him.

We had been so long cleaning that the next class hour was almost over. As we left the mechanic shop, there was a bit of joking.

“Hey,” Lenny said, “maybe we shouldn’t tell him and see what happens.”

“You don’t think his clothes would fall apart like his coveralls did, do you?” Tom asked.

“And for the sake of everyone else who might see him,” Lenny joked.

“So, does anyone know what class Riley has second hour?” I asked.

We all looked back and forth at each other, but everyone just shrugged and shook their heads, so we stopped at the office. The secretary looked at the five of us suspiciously.

“Why aren’t you in class?” she asked. I explained about the acid and how we had stayed to clean up. “Okay,” she replied. “I will verify that with your teacher. Now, hurry to class.”

“We have one more thing we have to do,” I said. “But we need to know what class Riley is in.”

She again looked at us suspiciously and asked why. I told her about Riley’s coveralls falling apart and how our teacher had asked us to warn him in case the acid had penetrated through to his clothes.

“All right,” she said. “I will look up his information. But I don’t think it takes all of you to warn him. The rest of you can go to class.”

The others left the office while I got the information. The secretary told me that Riley was currently in Mrs. Eddington’s Spanish class. I thanked her and headed on my way. As I stepped out of the office, the others were waiting for me.

“I thought you were all heading to your classes,” I said.

Lenny laughed. “Are you crazy? We wouldn’t miss this for the world. If the acid did soak through the coveralls, we want to be there to see what happens.”

We arrived at Mrs. Eddington’s classroom only a minute before the next class bell rang. We looked in and could see Riley sitting, bored and slouched in his seat.

“Well,” Lenny said, “it looks like his clothes are still intact.”

But then the bell rang. The students started gathering their packs. We thought we would simply wait outside of the classroom and talk to Riley when he came out. But then something interesting happened. Riley stretched and stood. When he did, the back of his clothes stayed on the chair, and he was completely bare on his backside from just below his shoulders to his ankles.

Riley turned to see what everyone had gasped at. As he did, he exposed his backside to Mrs. Eddington. Mrs. Eddington, a big, older woman whom the students affectionately called “Mom,” gasped. In an instant she took her big coat that was hanging on a hook near her desk, and in three giant leaps, she bounded across the room and tackled Riley, throwing her coat around him.

“Well,” Lenny said. “I don’t think we need to warn him anymore. I think he just figured it out.”

I loved it; you have more funny experience than anyone else I know. Keep them coming.

I don't find this to be funny at all. Where is your sense of sympathy or concern for your fellow man?