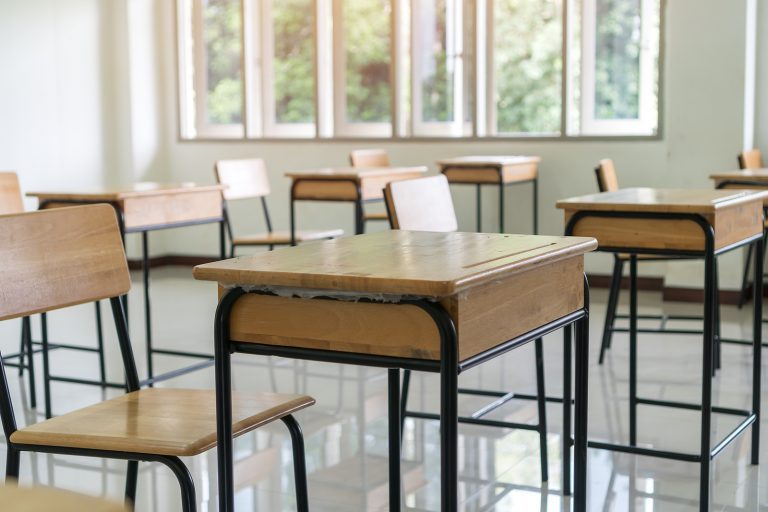 Two girls sat next to each other on the first day of my class.  They didn’t know each other, and their differences were stark.  Melanie was drop-dead gorgeous.  She had blond hair and blue eyes, her hair was styled perfectly, and her clothes were the latest style, indicating she had plenty of money.  Alana was quite plain-looking with dark hair and brown eyes.  Her hair was pulled back into a cute braid, and her clothes, though neat and well taken care of, were not the latest style, and it was easy to see that her family had to be careful with their finances.

But the most notable physical difference of all was that Alana had been born without forearms.  Her hands were where most people’s elbows would be.  During the first day of class, I watched the two girls.  Melanie wrote easily, taking notes quickly.  Meanwhile, Alana struggled.  She had to bend close to her paper to write because of her shortened arms.

Over time, I noticed that almost everything was harder for Alana than it was for Melanie.  Not only was note-taking harder, but social acceptance was more challenging.  The boys swarmed around Melanie and paid little attention to Alana.  As I asked students to form into groups, Melanie was immediately asked to join a group.  Alana ended up in the same group, but she was asked with reluctance on the part of the other group members.

But there was one other huge difference between the girls that wasn’t as easy to see and took time to reveal itself.  That difference was in their attitude.

“Professor Howard,” she would say, “that was a tough homework assignment.  I’m grateful you assigned it so I could learn it.”  One day she said, “Isn’t it a beautiful day?  The sun is shining and warm, and it just makes me thankful to be alive.”  The next day it was snowing, and she said, “Don’t you like the snow?  I am so grateful for the sparkly landscape.”

This had been going on for over half the semester.   Melanie, with everything going for her, was dismal and complaining.  Alana, with her many challenges in life, was smiling and happy.  But there was something else I noticed.  As the semester wore on, the other students were gravitating away from Melanie and toward Alana.  This included the boys.  They would rather be with Alana and her sunny attitude than with Melanie and her good looks.

I dreaded Melanie’s daily report of gloom, but I always looked forward to Alana’s happy thankfulness.  One day the weather was frigid, the sidewalks were slippery, and the sky was gray, and Melanie came in complaining about it all, as usual.

A little while later, Alana came in, smiling, and said, “I am so grateful that the weather changes and adds variety to life.”

I laughed.  “Alana, you always come in smiling and tell me what you’re grateful for.  Is there a reason?”

She smiled and nodded.  “My mother always taught me that it’s hard to feel sorry for yourself if you find something to be grateful for.  And when you’re grateful, life is always better.  She always says, ‘There is nothing so bad it can’t be made worse by complaining and nothing so good it can’t be made better by gratitude.’”

Melanie was suddenly very quiet, and I could tell that she was thinking about what Alana said.  As the days went on, Melanie complained less and less.  Then one day, about a month before the end of the semester, Melanie came in and said, “The snow crunched beneath my feet all the way here.  I’m grateful for fun, crunchy snow.”

Gradually, more and more, Melanie told what she was thankful for.  But on the last day of class, I realized how much of an impact Alana had made on Melanie when Melanie said to me, “You know what, Professor Howard?  I’m even grateful for math.”