A Gringo in Peru | Meridian Magazine 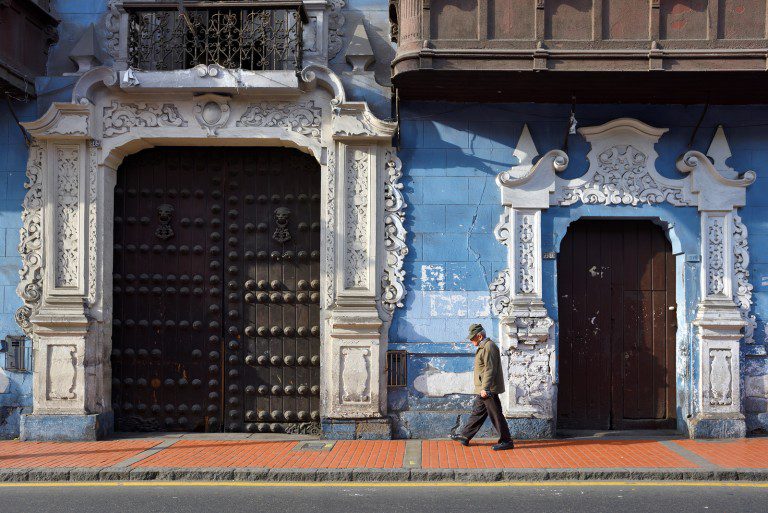 A Gringo in Peru

I looked at the menu, and I didn’t understand a word on it. I hadn’t been in Peru long, and I spoke almost no Spanish. I was traveling with a group from the university, and we were there not as tourists, but to learn. During the first few days the meals had been planned for us, but for this one, we were on our own. I had made my way downtown in Lima and found a restaurant that looked clean and appeared to have local cuisine. The picture of steaks on the front told me they probably served beef. That gave me the confidence that I could order okay.

I joined the line of people waiting to order. I listened intently to what each person was saying, but they spoke so fast I didn’t understand any of it other than a few numbers here and there. A year in advance of our trip, we each received books of key Spanish phrases along with tapes to listen to. I had studied them diligently. But the speaker on the tapes said everything clearly and slowly. What I heard now was a jumble of sounds to my ears.

When it was my turn to order, the menu looked like it was in a foreign language. Come to think of it, it was. But it was even more foreign than I expected. The teenage boy taking orders asked me what I wanted. At least that’s what I assume he asked. I didn’t have the slightest idea what to order. All of the Spanish I learned just disappeared from my brain. The only word I could think of was “banyo” (bathroom). That one was drilled into us on the tapes in case we got into a desperate situation. But it didn’t really apply at the moment.

At least I could read the prices. The numbers were the same as in the U.S. If I could do nothing else, I could consider the cost. Not knowing what else to do, I asked, “What would you recommend?”

The young man looked at me like I had just returned from an alien abduction. “No hablo ingles.”

I had learned the phrase, “No hablo español” and knew it meant I didn’t speak Spanish. What he said was close enough that I was sure he was telling me he didn’t speak English.

I was holding up the line, and I could see that he was getting impatient with me. Finally, the young man called over his manager, and I moved aside so others could order.

The manager asked, “You order?”

I thought to myself, “Finally, someone who speaks English.”

“Can you tell me what some of the things on the menu are?” I asked.

He shook his head. “No understand.”

I realized he had just about used up most of the English he knew. I would just have to read off the menu the best I could. I decided that since I didn’t know what anything was, I would just order something cheap. If I liked it, great. If not, I wasn’t out a lot of money.

I looked at the cheap section of the menu, and I determined it must be similar to a value menu at fast food restaurants in the United States. I decided to order from it.

“Salsa de tomate,” I said, trying to sound as Spanish as possible.

I was sure the surprised look on his face was due to my good Spanish accent. I had listened to a lot of tapes.

That was only a small amount of money, so I thought I’d add more to it. I read something else from the cheap menu “mostaza.”

He nodded and smiled. I decided to add one more item. “Salsa de chile.”

He grinned, took my money, and made change. It cost about the equivalent of a dollar. He left and was soon back with my order. He handed me a sack and a cup of water.

I looked in the bag and found I had a small container of ketchup, one of mustard, and one that had a picture of five chili peppers on it. Apparently, I had ordered off of the condiments menu.

I must have looked embarrassed because the manager grinned.

“Next time,” he said, “you go McDonalds and order chicken nuggets.”

When I got to Peru on my mission, I could understand most of what was said, thanks to the 2 months in the MTC, but I was still translating everything into English in my mind and trying to formulate answers or comments in English and then translating them into Spanish to respond. Needless to say, I was usually 2 or 3 minutes behind in the conversation by the time I had a comment ready. So I listened a lot and said very little. It took me another month or two to begin to think in Spanish without using any English, even in my mind. Then I could carry on a conversation that was not related to the memorized Missionary Lessons.