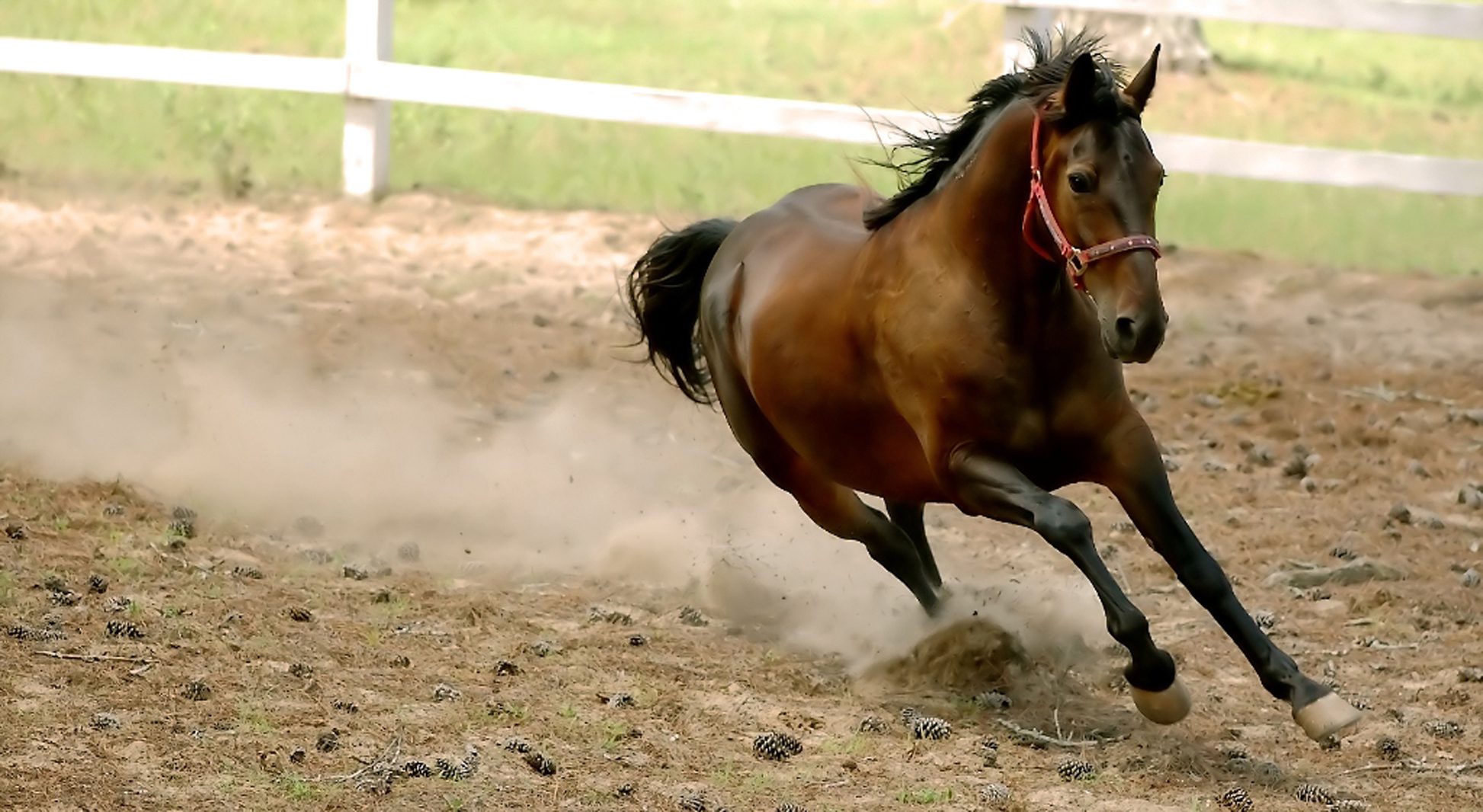 My dad had trained our horse, Annie, well. He had used her in the rodeo, for racing, and for just about everything else someone could want a horse for. The problem was that sometimes she seemed too smart. My dad would throw me on her back and say, “Just show her which cow you want and then hang on.” More than once when she was chasing a cow, I had fallen off only to have Annie take the cow back to the barn without me.

“If I was ever in trouble I’d take Annie over a dozen good men,” Dad told me.

“But she left me in the pasture,” I complained.

“That’s because she was doing her job and knew you were okay,” my dad replied.

I still had my doubts. I figured she would just leave me if things got tough.

I grew older and became a much better horseman. I could stick with Annie chasing cows around brush, over ditches, under trees, and just about anywhere.

But one day I was bringing the cows down from the upper pasture when one cow spooked and took off. She ran across the pasture at full tilt, and Annie and I were quickly after her. Along the opposite edge the pasture was a ditch with lots of large trees growing beside it. On the other side of the ditch was sage brush.

We approached the ditch at a full gallop and were right on the cow’s tail. The cow was moving so fast I was sure she would jump the ditch. But at the last minute she turned under the trees. Annie turned and I turned with her, but there was a branch there that caught me hard in the forehead and swept me from her back.

I hit the ground and the wind was knocked out of me. My head was spinning and hurt terribly. Then I heard a sound that sent a chill through me. It was bellowing from our bull. He was usually a very gentile, docile animal, but if he thought anyone was messing with his cows he could be quite obnoxious.

I was able to sit up just enough to see that he was pawing the ground and looking in my direction. I realized he felt that the little chase we had was my fault, and that I was bothering his cow. Annie was still in hot pursuit of her target, and I was left alone.

I tried to get to my feet to move behind a tree, but when I did, the world seemed to spin, and I fell. With one last snort, the bull charged. I tried once more to stand, only to fall again. I decided to crawl. The bull was coming fast, and I knew I couldn’t make it to the tree in time.

The bull was almost right on top of me when, suddenly, Annie was there. She whirled and lashed out with her back feet, catching the bull hard in the shoulder, causing him to stumble. He immediately came back to his feet and ran out about fifty yards. Annie stepped in between him and me. The bull turned, tossed his head a couple of times, and then charged again.

Annie stood still, unflinching, as he pounded toward us. She seemed to be expertly waiting. Then, just at the right instant, she whirled and smashed her back feet into the side of his head. He crashed into the ground, sliding for a good distance. I was almost hit both by Annie’s flying hooves and the bull’s huge body when he landed.

My brain cleared a little, and I was able to move a distance away in case the bull decided to attack again. But this time he decided he had had enough and only bellowed his threats as he hurried back to the safety of the herd.

Annie stood patiently over me until I was able to recover enough balance to stand. I climbed onto her back and just held on to keep from tipping off while she herded the cows down to the lower pasture with no direction from me. When we reached the corral and my dad saw me, my forehead bruised and swollen and my eyes black, he hurried over.

He helped me down. “We need to get you to the house.”

I nodded. “But I think we need to give Annie an extra helping of oats first.”

That truly was a good, smart horse. Thank you. I love your stories.