A Cat and a Dog | Meridian Magazine 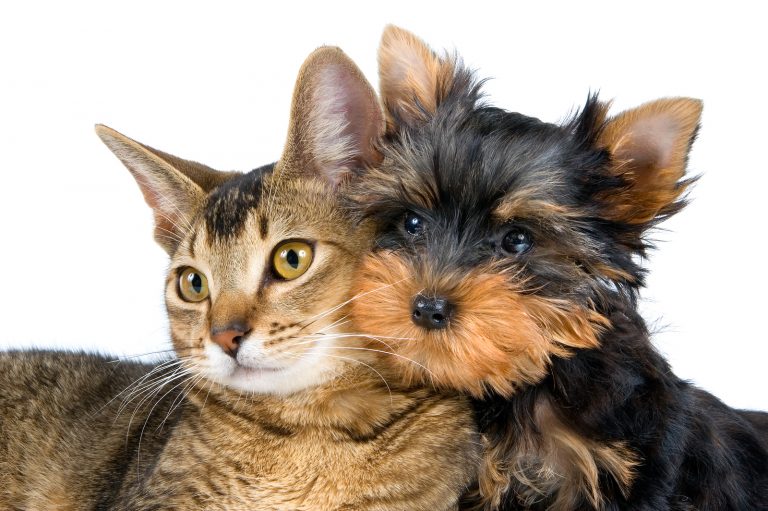 A Cat and a Dog

I was invited to a charter school to speak to the students about writing. I had a fun day sharing stories. It was my first experience speaking to a whole school. I spoke to two grades at a time. The older students, junior high and older, didn’t want to ask questions. They just wanted me to tell them stories. The younger children wanted me to tell a story, but then they all wanted to share one with me.

I loved listening to them. The children had read one of my books in their classes, which was about a boy and his dog. When I told some stories from that book, a precocious seven-year-old girl named Tanya waved her hand excitedly.

“We had a dog and a cat that hated each other,” she said. “They were both the same size and they were always fighting. Sometimes one would win and sometimes the other one would. Then one day our dog had twelve puppies. There were so many that she couldn’t keep them all full. She struggled to have enough milk and would barely get some fed when the others were hungry again. In fact, most of the time the puppies were hungry, and we had to help feed them with a little dolly bottle.

“A few days after our dog had her puppies, our cat had kittens. She was staying out in our garage and some neighbor dogs snuck in and killed the kittens. That made our cat hate our dog even more. She seemed to blame our dog for the loss of her kittens and was jealous of the puppies.

“One day, our dog was so tired from constantly feeding the puppies that she fell asleep in her basket in the kitchen while nursing them. We watched the cat sneak in through the doggy door and take a puppy out to her basket in the garage. She kept coming back for more, taking them out to her basket. We wondered what would happen if the dog woke up. But the dog didn’t wake up until after every puppy was gone.

“When she did wake up and couldn’t find her puppies, she panicked and searched frantically. But once she settled down, she caught the scent of the cat and followed it to the garage. We had gone out to the garage to watch what would happen.

“The cat was ready. She had climbed up on the stair rail and jumped on our dog when the dog came out the doggy door. They fought like crazy, and we finally had to step in to stop them so they wouldn’t kill each other. We started to take the puppies back to the kitchen, but once we had taken half of them, our cat started hissing at us and wouldn’t let us near the others.

“That’s when my mom had an idea. She said that maybe the cat would nurse the rest of the puppies, and we wouldn’t have to help feed them. Dad said that was crazy, but we left half of the puppies with the cat. We did have to lock the doggy door so the cat wouldn’t steal the other puppies and so the dog couldn’t get out to get the ones the cat had.

“The cat did nurse the puppies. And after the puppies had their eyes opened, we unlatched the doggy door and let them go back and forth. At first, the cat would hiss at the dog and the dog would bark at the cat, but eventually they started getting along, and the puppies would nurse from either mother. It was strange to see the dog and cat lying next to each other, both nursing the puppies.”

Tanya shook her head. “My dad always thought it was too weird. But now he says he wishes he had made some videos.”

“Because he says if he had, we could have put them on Youtube and we would be rich.”