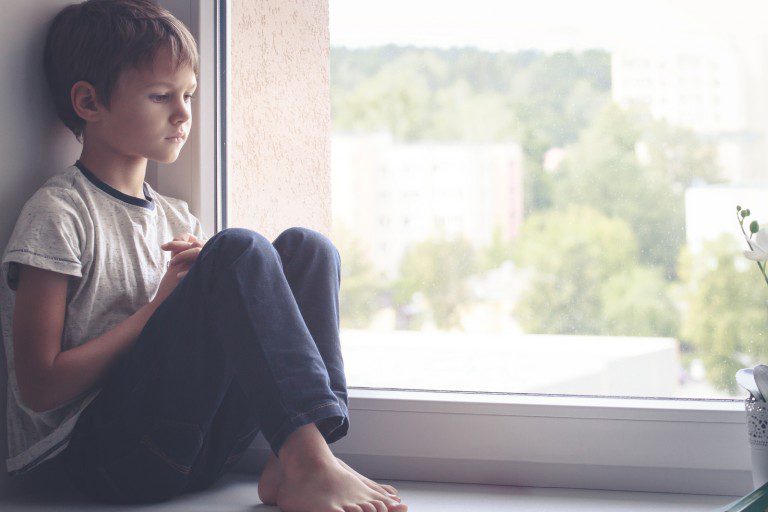 What Children Think of Negative Consequences

I recently asked a group of 10-year-old children what kinds of negative consequences their families have.

“At our house, we sweep the floor and clean,” said one boy.

“Mom gets mad and goes into a bad mood,” said another boy.

“Mom used to send us to time out, but we don’t do that anymore,” said a thoughtful girl.

I asked her what they do for negative consequences now.

She thought for a minute and said, “I guess Mom just does whatever she can think of to control us. Sometimes we get soap in our mouths when we say bad words, sometimes she gets really grumpy and makes life hard for us, and sometimes she takes our stuff away,” she replied.

I then asked the children if they thought negative consequences are bad.

Most of the children in the room said, “Yes” before the first little boy said, “Not necessarily, because it teaches you not to do it again.”

The second boy said, “When Mom is in a bad mood we think we should just do what she says so that she doesn’t get mad. No one likes to be home when Mom is mad.”

Some parents are intentional about how they correct their children, and others find themselves fighting off frustration and trying one trick after another or emotionally manipulating their children into good behaviors. Guess what? Children can tell the difference.

Multiple children I talked to felt their behaviors were meant to either make their parents happy or sad. The majority of the children didn’t connect their behaviors with any principles, such as personal freedom versus bondage, or personal happiness versus sadness or personal empowerment. The majority saw themselves as the reason another person was happy or mad and thought other people had the power to make them happy or mad.

What does this mindset do for the future of children? Will they feel empowered enough to choose their own happiness, or will they think they have to always feel the way people make them feel? Will they think the only way to feel better is to take control of other people’s feelings, like their parents occasionally did to them? This mindset makes them feel vulnerable and unsafe. When people are regularly emotionally controlled, they often see themselves as victims instead of powerful decision-makers.

Upon further discussion it didn’t seem the children really saw their behaviors as anything that impacts their freedom or happiness. Seeing yourself as the means to another person’s happiness or sadness is a sign of being emotionally controlled and doesn’t lead to personal empowerment. It’s a survival of the fittest mindset.

A child can either submit to emotional control or fight it with more emotions. Both demonstrate a survival of the fittest way of seeing parent/child communication. Children who are trying to survive often develop lying habits as part of their survival skills. In contrast, when children are corrected in a deliberate, unemotional manner, they feel empowered to change their behaviors and hearts and seem to have a noticeably different view of the value of negative consequences.

“Negative consequences aren’t bad,” said the little boy who earns chores as part of his corrections. “Chores aren’t bad, either. They’re just things we do to serve the family when we get selfish and forget to do our talking skills. It’s better to be corrected than to get mad and selfish.”

I asked him if he only received chores when he earned negative consequences.

“No. We work all the time. A person can’t keep life going without doing chores and work,” he said. “Think about it,” this very confident boy said to me, not knowing that I totally agreed with him. “One person shouldn’t do all the work for the family. We can all help since we all live there together. How would kids ever learn to take care of their own house someday if they never grew up doing chores?”

He feels grateful for work and chores! This shows that parents shouldn’t worry about their children learning to hate work because the family does chores. Clearly it’s the family’s attitude about work that makes or breaks the child’s future work ethic. This little boy’s parents are doing a good job!

This child was different than his peers. He was more confident in who he was and in his ability to be happy. He was well-spoken and viewed his parents as teachers and not as people who he has a responsibility to keep happy. He’s clearly taking on more responsibilities than the other children are in their families, but he feels less of a burden.

To be empowered like this boy, children need to:

Correcting Effectively Instead of Emotionally

In 1999, our family became a foster family and started taking troubled youth into our home. Prior to starting the foster care process, I was easily emotionally controlled. My two toddlers were, well, toddlers. When they threw fits, I also became grumpy. When they wouldn’t obey, I got emotional to instill fear in them in an effort to stop the troubling behaviors. I quickly learned that emotional correcting was never effective. I knew the children needed to have confidence in me before they would feel empowered. I needed to be the example of a person who could keep calm when things felt stressful and the person who planned her life, even down to the interactions she would have with her family, in order to find power and safety.

Negative consequences aren’t bad. Correcting negative behaviors isn’t bad, either. It’s just part of training a person to become the most secure and powerful person they can be. We should enjoy the process of acknowledging cause and effect in our lives.

On August 18, join me for a three-hour online event aimed at helping families learn the 7 Keys of Correcting Bad Behaviors and answering parents’ difficult questions.