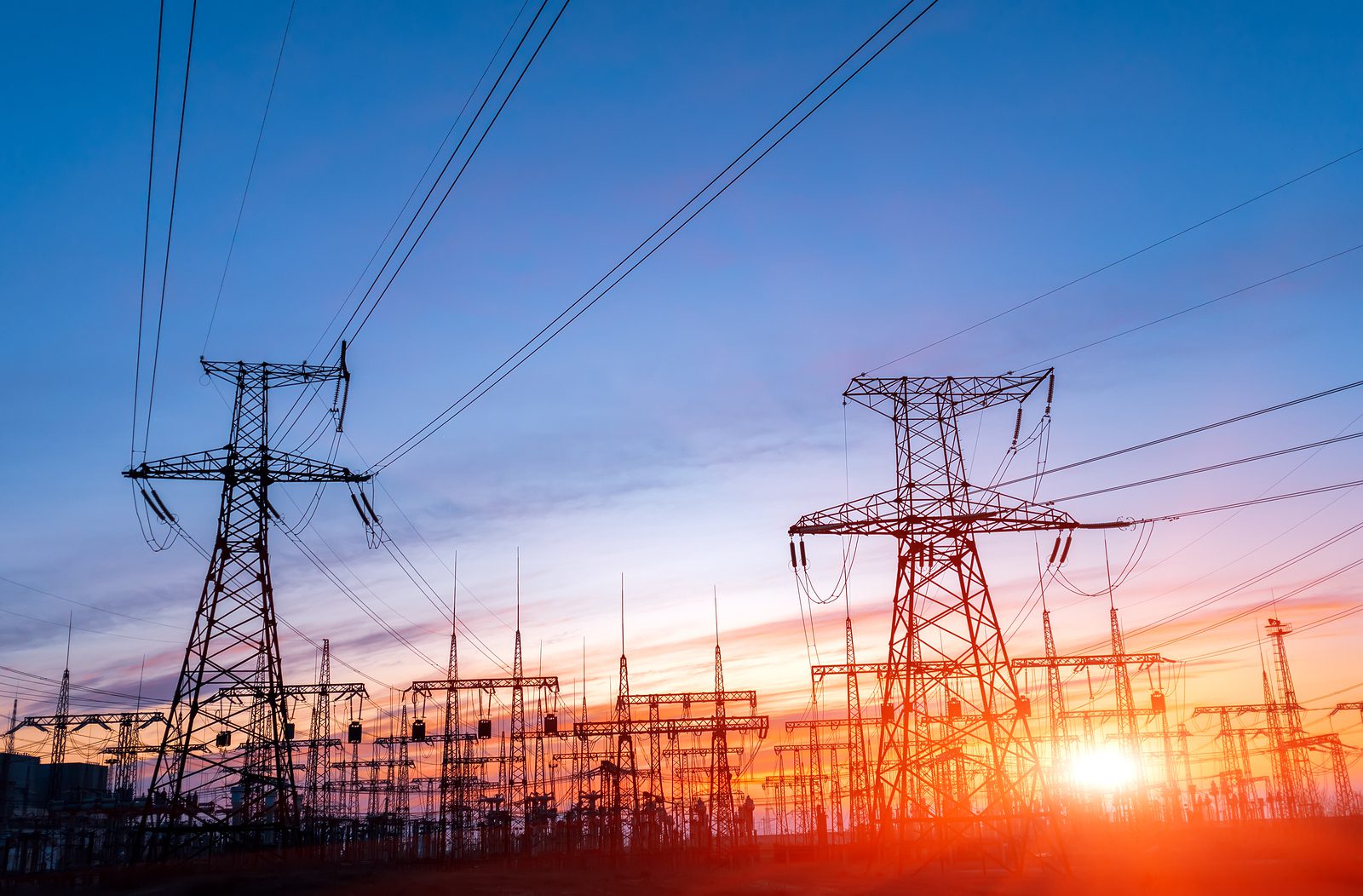 Unleashing God’s Power in Our Lives

On an isolated mesa in northern New Mexico lies a town whose birth was both swift and shrouded in mystery. Los Alamos arose in 1943 during World War II, springing up from man’s desperate need for power—the kind of power that could end the horrific war. The Allied forces desired to have a weapon so powerful that the enemy would be forced to surrender. Thus began the top-secret Manhattan Project. Its purpose: “to design and build an atomic bomb.” (1) While vacationing in nearby Santa Fe last year, I felt drawn to visit Los Alamos and connect with a piece of my family history. You see, my paternal grandfather once lived there.

For security reasons, Los Alamos began as a military base, though most of its inhabitants were civilians—there by invitation only. The city was surrounded by high barbed wire fences and patrolled by mounted guards. Many of the world’s brightest scientific minds were intimately involved in the project, along with a host of supporting scientists and engineers. My grandfather, thirty-seven-year-old nuclear physicist Rolland Perry, was one of those chosen for the job. Security surrounding the Manhattan Project was so tight that in the early stages of the work Rolland could not tell even his wife and children where he was. All correspondence was sent through P.O. Box 1663, Santa Fe, New Mexico.

In the late 1930’s, scientists in Europe had discovered nuclear fission, the “subdivision of a heavy atomic nucleus.” (2) This process released a tremendous amount of energy. The whole focus of the scientists and engineers at Los Alamos was to access and harness the power produced by nuclear reactions, in the form of a bomb. The atmosphere in this unique city was tense at times as scientists raced the clock, but in the summer of 1945, after working feverishly for twenty-seven months, they had accomplished their objective. By unleashing the devastating power of two atomic bombs on Hiroshima and Nagasaki, Japan, World War II was effectively halted.

A simple definition of power is “physical strength and force exerted by something or someone.” (3) Although humans have learned to harness the power of the sun, the wind, and water, we are sometimes deficient in our understanding of how to access godly power. Years ago, my comprehension of how we can unleash God’s power was increased by what I loosely refer to as a “mini vision.” King Nebuchadnezzar saw in a vision a stone cut from the mountain without hands. Father Lehi received a glorious vision of the Tree of Life. Me…well, I saw an electrical outlet cover:

On a Saturday morning, as I hovered between sleep and consciousness, I slowly became aware that the image of an electrical outlet cover seemed to hover inside my eyelids. Nothing else–just a white electrical outlet cover. As I grew fully conscious, I was puzzled why I was seeing such a random object, finally deciding it must have been left over from my dreams. But as I proceeded to slip out of bed, shower, dress, and start the laundry, I continued to see the outlet cover in my mind. Gradually, awareness dawned on me:

God was trying to answer a prayer. All week I had been praying for ideas to help me teach a Relief Society lesson about covenants. As I pondered the image in my mind, the meaning came to me: God’s power is like the electricity behind the outlet cover. God’s children are like an electrical cord with no metal prongs. Covenants are like metal prongs on an electrical cord. Just as the cord accesses power by means of the metal prongs (which conduct electricity), through temple ordinances and keeping covenants we connect to the power of the Lord.

All who have received their temple endowment have taken a critical step toward unleashing God’s power in their life. Truman G. Madsen wrote, “…no covenant is ever required of us that isn’t immediately followed by a divine blessing to further enable us to keep it. So if we are baptized, we receive the promise of the Holy Ghost. If we partake of the sacrament, we are promised the Spirit will be with us…And in the house of the Lord, we likewise are promised an endowment of power, equivalent to the consecration of our own efforts in keeping our covenants.” (4)

Dr. Wendy Ulrich made a thought-provoking analogy that can help us understand our role in inviting God’s power through ordinances and covenants:

“An ordinance might…be compared to a peace treaty signed between two sovereigns. Does the signing of a treaty really do anything? yes and no. It does not mean the sought-for peace will immediately follow. It does not disarm the warriors and return them to their families, rebuild the infrastructure, or renew trade. Yet without the treaty, these actions will not follow at all. The signing of the treaty signals the intent of both parties to enact a change in their relationship, and it specifies the parameters of those intentions. This symbol sets in motion a series of real changes…We alone determine if the treaty really does anything, or if it becomes a meaningless gesture…On his part, God always takes these “treaties” seriously.” (5)

The ordinance makes the power available to us, but it is in the keeping of the associated covenants that we actually “plug in” to godly power. After a person is baptized, they are also confirmed, and told to “receive the Holy Ghost.” This implies that action is necessary to claim this gift. It is interesting to me that we speak of “receiving our endowment” when we first go through the temple, but for many of us, though the endowment ordinance has been performed, we fail to actually “receive” the endowment of godly power made available to us until later in life as our spiritual understanding increases and we’re more intentional about keeping the specific covenants we have made.

Since we cannot keep a covenant we don’t remember or understand, it is crucial to ask the question: what covenants did I make in the temple? Can I list them? Elder David A. Bednar shared them in his April 2019 General Conference address, Prepared to Obtain Every Needful Thing: “Information…is available about following the Savior by receiving and honoring covenants to keep the law of obedience, the law of sacrifice, the law of the gospel, the law of chastity, and the law of consecration.” When was the last time we pondered any of these covenants?

While visiting the Holy Land earlier this year, I was fascinated by what I witnessed at the Western Wall where Jews of many different sects gathered before sundown on Friday evening, in preparation for their Sabbath. I saw in person, for the first time, phylacteries: “either of two small square leather boxes containing slips inscribed with scriptural passages and traditionally worn on the left arm and on the head by observant Jewish men…during prayers.” (6)

An excerpt from the scriptural passages carried in the phylacteries states: “And thou shalt love the Lord thy God with all thine heart, and with all thy soul, and with all thy might. And these words…shall be in thine heart: And thou shalt teach them diligently unto thy children, and shalt talk of them when thou sittest in thine house, and when thou walkest by the way, and when thou liest down, and when thou risest up.” (Deut. 6:5-7) What a beautiful admonition to let our love of God and our desire to show that love be paramount in our lives. Though endowed Latter-day Saints do not use phylacteries, we do wear a sacred garment as a constant reminder of our covenants. “We…get into the habit of treating the Lord’s things lightly, and then He will not open up to us. But when He sees that we are taking Him seriously, then He takes us seriously.” (7)

Elder D. Todd Christofferson has taught, “In the covenant path we find a steady supply of gifts and help.” (8)When we show by our thoughts, words, and actions that keeping our covenants is a priority, we may be surprised at the kind of help made available to us. We may receive callings or assignments that allow us to participate in building God’s kingdom in significant ways. We may gradually notice that we’ve been blessed with a gift of the spirit which we had not previously enjoyed–a gift bestowed in order to help us do heaven’s work. God’s power may manifest itself through material assistance, unexpected opportunities, the help of loved ones on the other side of the veil, or a new talent which emerges, all of which allow us to gather Israel in different ways than we have done before. And when God asks hard things of us, “our faithfulness to our covenants allows us to expect the Lord’s assistance, even by miracles.” (9)

A vivid example of the Lord providing help for a covenant keeper is the story of Lehi, who–at the Lord’s command–“left his house, and the land of his inheritance, and his gold, and his silver, and his precious things, and took nothing with him, save it were his family, and provisions, and tents, and departed into the wilderness.” What a marvelous example of living the law of obedience and the law of sacrifice. Then came a surprising gift to enable Lehi and his family to fulfill the difficult assignment given them:

“And it came to pass that as [Lehi] arose in the morning, and went forth to the tent door, to his great astonishment he beheld upon the ground a round ball of curious workmanship; and it was of fine brass. And within the ball were two spindles; and the one pointed the way whither [they] should go into the wilderness.” The pointers “did work according to the faith and diligence and heed which [they] did give unto them.” (1 Nephi 16:10, 28) Certainly, this was an unexpected gift–physical evidence of godly power–provided to assist a covenant keeper in doing what the Lord had commanded.

This is what God desires of us: that we live and breathe our sacred covenants. He delights to bless His children. If we don’t actively try to access the godly power available to serious covenant keepers, we are living beneath our privileges. Who knows the exact ways godly power will flow into ourlives as we make it our daily quest to keep covenants? I end with my favorite scripture, a promise to those who make the Lord the true center of their lives: “…they that wait upon the Lord shall renew their strength; they shall mount up with wings as eagles; they shall run, and not be weary; and they shall walk, and not faint.” (Isaiah 40:31)

Well done. I love the analogy of the electrical outlet in our ability to connect into God’s power, and the comparison of the treaty to our covenant relationship with God and our actions to make the covenant effective in our lives.

That is just beautiful writing and insightful concepts. There is real meaning there and inspiration for knowing our covenants and really keeping them I love it. The title captured my interest as well.and I enjoyed the very personal analogy, Thank you so much for a meaningful contribution and for influencing our lives with the magazine.