Truth: Can it Be Known? | Meridian Magazine 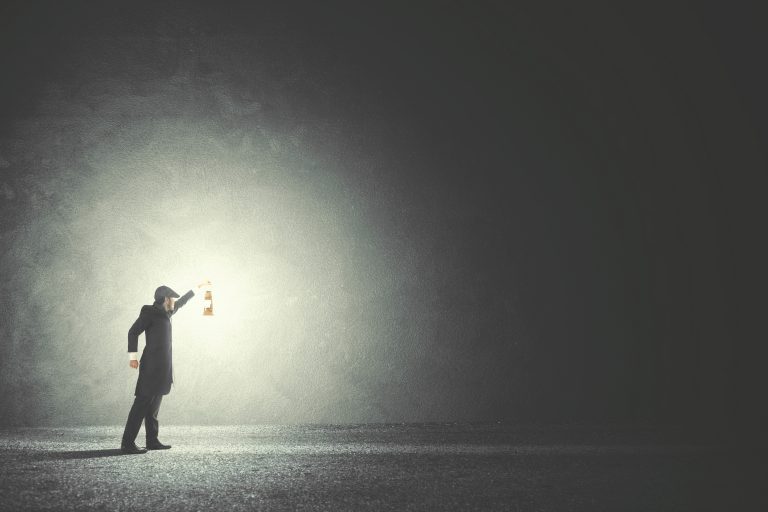 Truth: Can it Be Known?

This is part 1 of a 4-part series that will follow over the next few months.

Words on a page! Some words seem like antonyms while others seem connected but, how?  Is there such a thing as absolute truth?  Is certainty possible or only a hopeful claim?  Does belief demand evidence before it is proffered? Is doubt a necessary part of questioning or questioning part of doubt? Is faith a lazy substitute for knowledge or something entirely different?

The content of this article can be found in video format at the bottom of the text. We will first deconstruct the concept of certainty, of knowing truth, insisting though, that it is the pursuit of certainty that is vital.  Then in a second video, part 2, we will explore the tools by which we pursue knowledge and their limitations and potential.  In yet a third video, part 3, we will discuss a rational empirical approach for the use of faith as a tool in the pursuit of knowledge, allowing skepticism and avoiding self-deception.  In a final video, part 4, we will examine how to more effectively use the tool of faith to tap its potential power experientially.

“Expectation can be a trust thief or an exercise of faith.”  Doesn’t faith demand that a hoped-for result be expected?  Yet certainly if one expects one thing and gets another, trust can be destroyed!

In a recent podcast by “Leading Saints[i],” Leo Winegar from Facebook.com/Uplift, shared stats from the last public survey on the question of, “why are people leaving the Church of Jesus Christ of Latter-day Saints.”  Many of its results were common to all other Christian Churches. The answers were many, but they seemed to have “dashed expectation” as a common thread. His group offers support to those slogging through the negativity of faith crises no matter the source.

There are many such organizations that offer answers and support to those actually seeking answers to explain the cognitive dissonance that drives so many into depression instead of research such as www.FairLatter-daySaints.org  or http://leadingsaints.org/ with their library called “Questioning Saints.”

One day back in the sixties or seventies, a Japanese newspaper photographer was taking pictures of Mount Fuji, in Japan.  After a day of It, he returned to his lab to develop the pictures.  To his surprise, as he watched the image of one of the snowfield photos emerge from the solution, he found himself so deeply moved with the loving facial image of Jesus Christ that he converted from his native religion to Christianity.  I personally cut this story from the newspaper then had the photo reproduced by a copy artist.  I have shown it to many students, some of whom still can’t see the image while others have also been moved by the loving visage.  A digital overlay can help but the fact remains, it is a picture of melting snow.

When two or more people witness something, we might just call an event, each person forms their individual perception.  That perception is followed by conclusions or judgements concerning what they witnessed.  Their conclusions evoke feelings.  As an example, let’s suppose that you were waiting for your significant other to arrive home.  It is getting late and despite the TV program you are enjoying, you check you watch repeatedly.  Suddenly you hear footsteps approaching.  What personal feelings do the sounds of these footsteps cause?  Relief or joy might be expected and normal.  But let’s suppose that just before you hear the footsteps an info banner scrolls across the screen warning you of an escaped, armed, and dangerous convict in your neighborhood.  Then you hear the footsteps.  Though the sound is identical the feelings aren’t.  Were the feelings really caused by the footsteps? Despite how many times you might have accused someone of making you mad or sad, etc.  The meaning is never in the footsteps or the environment or the other person.  The meaning is always in you!  It is those feelings that motivate action.  As your actions inform your behaviors, they aggregate to build the library from which your perceptions are drawn.  And the cycle reenforces itself over time and repetition.  As you can see, to change your or another’s perceptions would require more than just desire, or even attempts at persuasion.  But there are two questions that can assist us in this perception cycle to avoid deception or unjust judgements: 1) Do I have all the information or data from credible sources? And 2) Are there any other possible conclusions I could draw?

As one author put it: “We form our beliefs for a variety of subjective, personal, emotional, and psychological reasons in the context of environments created by family, friends, colleagues, culture, and society at large; after forming our beliefs, we then defend, justify, and rationalize them with a host of intellectual reasons, cogent arguments, and rational explanations.

Beliefs come first, explanations for beliefs follow. I call this process belief-dependent realism, where our perceptions about reality are dependent on the beliefs that we hold about it. Reality exists independent of human minds, but our understanding of it depends upon the beliefs we hold at any given time.” We come to understand that we see the world, not as it is, but as WE are.

After all, if our world exists by divine design including moral agency, God could not force perception by proving His existence.  Rather, He would hold Himself responsible to keep our alternatives balanced to that we have legitimate choices that then reveal the changing condition of our heart.[ii]

As generations form, they have been divided into groups, each with about 15-20 years of common experience and thereby sharing paradigms and values:

Though there is no hard and fast boundary between these groupings they do offer some help in understanding their influence and how to influence them.

For example, here are some facts revealed in a 2013 survey, the last one I could find posted that revealed social science research: [iii]

So why should we talk about doubt and mental maps?  Here are a few reasons:

Ministering or assisting someone from another generation requires an ability to temporarily shift paradigms and see things as they do.  For example, here are two different paradigms about roses.  How to help each understand the other is always our challenge.  Let’s experience shifting paradigms to better understand the process.

If you are like most of us the second was slower and more difficult.  It is not easy to shift paradigms.  Stephen Covey, famous author, and business consultant said, “Every break-through begins with a break-with.”

As we have seen in the perception cycle, our values, our conclusions, our beliefs about life come from our life experiences and associations.  Carefully study this sample of the life-realities of each generation.    You might notice that:

With each generation speaking from their own paradigm as if it were actual reality, it is no wonder that inter-generational support which allows one generation to stand on the shoulders of the past generations and share wisdom, which is more than knowledge, has become a labeling, finger-pointing, accusatory non-support, resulting in a rise of mental illness and loss of confidence in a hopeful, happy future.

It is interesting that even under a reported divine influence this is what paradigm shifting apparently requires:

“The dark veil of unbelief was being cast away from his mind, and the light which did light up his mind, which was the light of the glory of God, which was a marvelous light of his goodness—yea, this light had infused such joy into his soul, the cloud of darkness having been dispelled, and that the light of everlasting life was lit up in his soul.“ Book of Mormon, Alma 19:6

Even Atheist and physicist Stephen Hawking legitimized the need to understand differing paradigms, a process often called reframing.  He said,

“To deal with such paradoxes (between experience and physics) we shall adopt an approach that we call model-dependent realism. It is based on the idea that our brains interpret the input from our sensory organs by making a model of the world. When such a model is successful explaining events, we tend to attribute to it, and to the elements and concepts that constitute it, the quality of reality or absolute truth. But there may be different ways in which one could model the same physical situation, with each employing different fundamental elements and concepts. If two such physical theories or models accurately predict the same events, one cannot be said to be more real than the other; rather, we are free to use whichever model is most convenient…it is pointless to ask whether a model is real, only whether it agrees with observation. If there are two models that both agree with observation… then one cannot say that one is more real than another.”

For many of us, as we think church, a whole flood of expectations enters our minds because of the model-dependent reality we assume is the truth.  For traditionalist and boomers, it is a beautiful gallery of neatly framed answers and doctrines, principles that govern our lives and fill us with hope for a future beyond mortality. But to the GenX and millennials who don’t appreciate the brushstrokes or understand the impressionistic symbols of our framed artwork, church becomes repulsive and doctrine complicated.  The anthropomorphic Godhead may seem repugnant and tithing, simply evidence of business motives and even exploitation.

A different paradigm or model might evoke totally different expectations and conclusions.  What if the church were seen as a hospital, where all present, were both patients and staff each suffering from something and each called to give care and relief to each other?  It would be a place where we serve as each other’s clinical material, and we were comfortable with others knowing that we needed and welcomed help.  It would produce a different unity with less pretense to perfection.

In fact, we could then see that in learning eternal truth,

“How unsearchable are the depths of the mysteries of him; and it is impossible that man should find out all his ways.”  Jacob 4:8

The solution to more doubt about the unseen spiritual realm is more information, but from what source?  Why the only source available who knows the future, God.  Armed with an internet full of information, a lack of patience, low loyalty, and a hefty price to pay, many are electing to just walk away unless someone can provide what they so desperately need.  But distancing yourself from the Kingdom of God during a trial of your faith, is like escaping the furnace in search of comfort before you have become the diamond of your potential.  It is like giving up on electricity after several bad experiences with dead light bulbs or a frayed cord.

[ii] Paraphrase of Church leader, Elder Bruce C. Hafen speaking at the Institute adjacent to The University of Utah