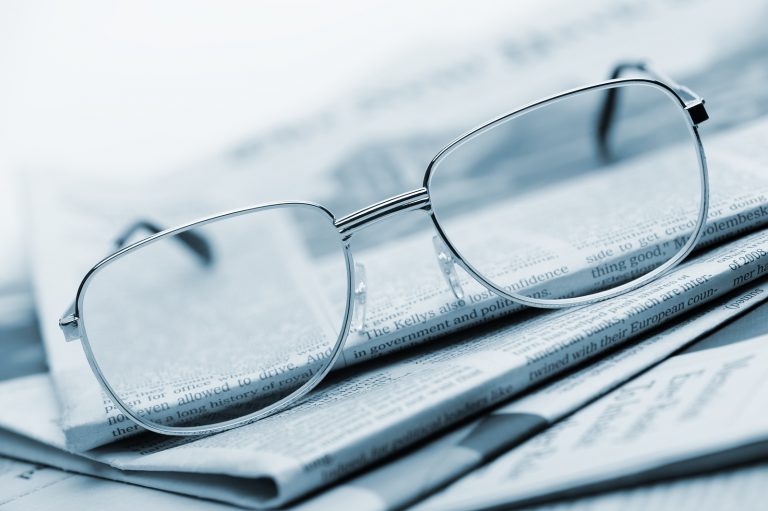 Recently, Salt Lake Tribune readers were greeted with this headline in the print and online editions: “Black students at BYU report ignorant comments, cultural isolation.” While the story is certainly driving record Web traffic, it’s “gotcha journalism” at its worst.

To be clear, there were exactly two students which the Tribune relied on as sources for this article. So instead of thorough reporting about African American students and diversity issues at BYU, reporter Alex Stuckey took some isolated comments about an uninformed male student talking about African American hairstyles. There is also mention of a video that reports widespread misunderstanding and isolation of blacks on campus. The article doesn’t reflect the tone of the video which is filled with honest assessments, suggestions for change and measured optimism.

That’s not to say that racial issues aren’t present at BYU, but such an important topic deserves more thoughtful and sophisticated reporting. The simplistic framing never left any room to talk about efforts to increase diversity at BYU or the complex issues that hinder such progress. Most importantly, none of the more mundane suggestions or the stories about how students cope, the stories of finding unity within the LDS Church and sincere affinity there that appeared in the video ever made it into the Tribune article. Instead, the article emphasized how one of the student producers has decided to leave BYU.

Furthermore, this recent article is parachute journalism – the kind of journalism where a journalist pops in and then writes with no context. Stuckey comes to campus, finds a couple of students to support a story about discrimination and isolation, sets up a photo, throws in a couple of stats and then goes back to the newsroom thinking she’s done the public a service.

Two versions of this story have run since November. Ironically, this story was a warmed-over version of a story reported in November by religion reporter Peggy Fletcher Stack. This time, however, it was topped off with photo of black students standing next to photos of white professors. It must be that since the first story drove a lot of web traffic and hate-filled comments on the Tribune web site back when it originally ran, it was good to go again. The first, less provocative story, garnered a mere 528 comments. The most recent story, on the site since Friday, Feb. 24, has nearly 900 comments at last check. The vast majority of comments beat up on Mormons as bigots. While many newspapers across the country are employing new ways to improve the quality of article comments, the Tribune harbors a Wild West of hate, usually aimed at the LDS Church and Mormons.

The video article relies on faulty framing including the assumption that white professors are incapable of thinking about diversity and welcoming diverse students. If Stuckey failed to discover that most departments and schools on campus are accredited by outside accrediting agencies. Most of these agencies require some kind compliance with diversity standards including hiring and recruiting a diverse student body. Many departments on campus must show they have made efforts to improve teaching about diversity, made efforts to recruit diverse students and attract a more diverse faculty. Stuckey also singled out African Americans. Most college diversity standards count many backgrounds of people, including people of color and international students. BYU ought to get some credit for its far-flung travel study programs and myriad of missionaries who’ve lived among various cultures in the United States and globally.

Unlike, the student Stuckey quoted, many would be surprised at the appreciation and acceptance of multi-culturalism students exhibit in many classes. Yes, there is ignorance, but unlike the Tribune stereotype, there is likely more knowledge and appreciation of world cultures at BYU than most college campuses. Yes, the presence of people of color on campus is important, but finding them and getting them Provo is still a hard sell, particularly when most LDS students of color would come from urban centers to BYU. Recruiters have found that economics, attachment to home and unfamiliarity with BYU are barriers to getting students to attend the school.

Even so, was there any attempt by the Tribune to talk to the Black Student Union, black and white professors, Africana Studies program and, perhaps, even pay a visit to the new African American art exhibit at the BYU Museum of Art which includes a timeline of the Civil Rights movement?. Did Stuckey take the time to note that diverse speakers frequent campus. For example, a recent talk by Jeanetta Williams, the leader of the Utah NAACP, drew a standing-room-only crowd. Why didn’t the Tribune spill any ink on BYU’s candlelight vigil and commemoration on the Martin Luther King Jr. holiday?

Unfortunately, its symptomatic about how the Tribune views BYU and Provo. BYU is only worth visiting when the story involves a sports score or students or faculty want to complain about something including the school’s Honor Code. Next time, the Tribune wants to talk about diversity at BYU, please leave the parachute and preconceptions at home and come with an open mind and spend some time.

Thanks for you excellent response the usual anti-Mormon mantra of the Salt Lake Tribune. It amazes me, one who has seen the relationship of the Deseret News, Tribune and LDS leaders since the 1950's. If it wasn't for the LDS Church the Tribune wouldn't even exist. Decades ago and even more recently, advertising is shared, distribution is shared and the relationship with the publisher and Chief Ediitor in the 50's was close friends with then President David O. McKay. Today, much, but not all of their reporting is shallow, uninformed and anti-Mormon. But, as a former journalist in the late 50's and early 60's who provided high school sports stories for both the News and the Trib and all TV stations, I've found modern day journalists are very shallow in their reporting and DO NOT research thoroughly a complete story. Their writings fit their political agenda or biases of life. Integrity in journalism is, for the most part, non existent. Sadly, I even shudder reading some Deseret News stories that wreak of non investigative, serious research journalism. The author of this Triib diatribe of racism on the BYU campus is queen of shallow journalism. And, those who want to believe without investigation believe every word. That brings power to the writer! Lies suddenly become truths to the shallow minded reader. Thanks for an excellent response to this baseless Trib article on racism at BYU!