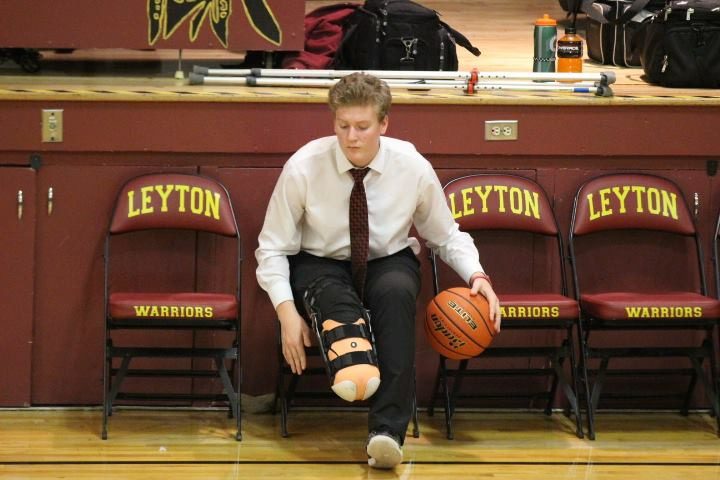 Any parent witnessing their son or daughter score 26 points in a high school basketball game is surely going to feel a jolt of pride.

But after Matt Haley watched his 17-year-old son, Drew, hit that lofty bucket total in a recent game for Nebraska’s Layten High, he avoided even making eye contact with his wife, Alison.

Simply trading glances with Drew’s mom, he knew, would trigger cascades of tears.

Drew’s unforgettable game was about far more than stats sheets and a victory over visiting Hay Springs High.

Take a look at the the game photos attached to this story of Drew playing basketball. You will immediately spot something’s different. A metal prosthetic leg is secured just below the young Latter-day Saint’s right knee.

The story of Drew Haley — a priest in the Sidney Ward, Cheyenne Wyoming East Stake — and his prosthetic leg doesn’t actually begin with a basketball game but rather during a game of 8-man high school football.

During the game’s opening quarter, Leyton quarterback Josh Kruse scrambled out of the pocket before zipping a pass to his tight end. Drew caught the ball and planted his right foot just as a defender hit him from behind.

Drew’s right knee buckled and he collapsed to the turf in awful pain.