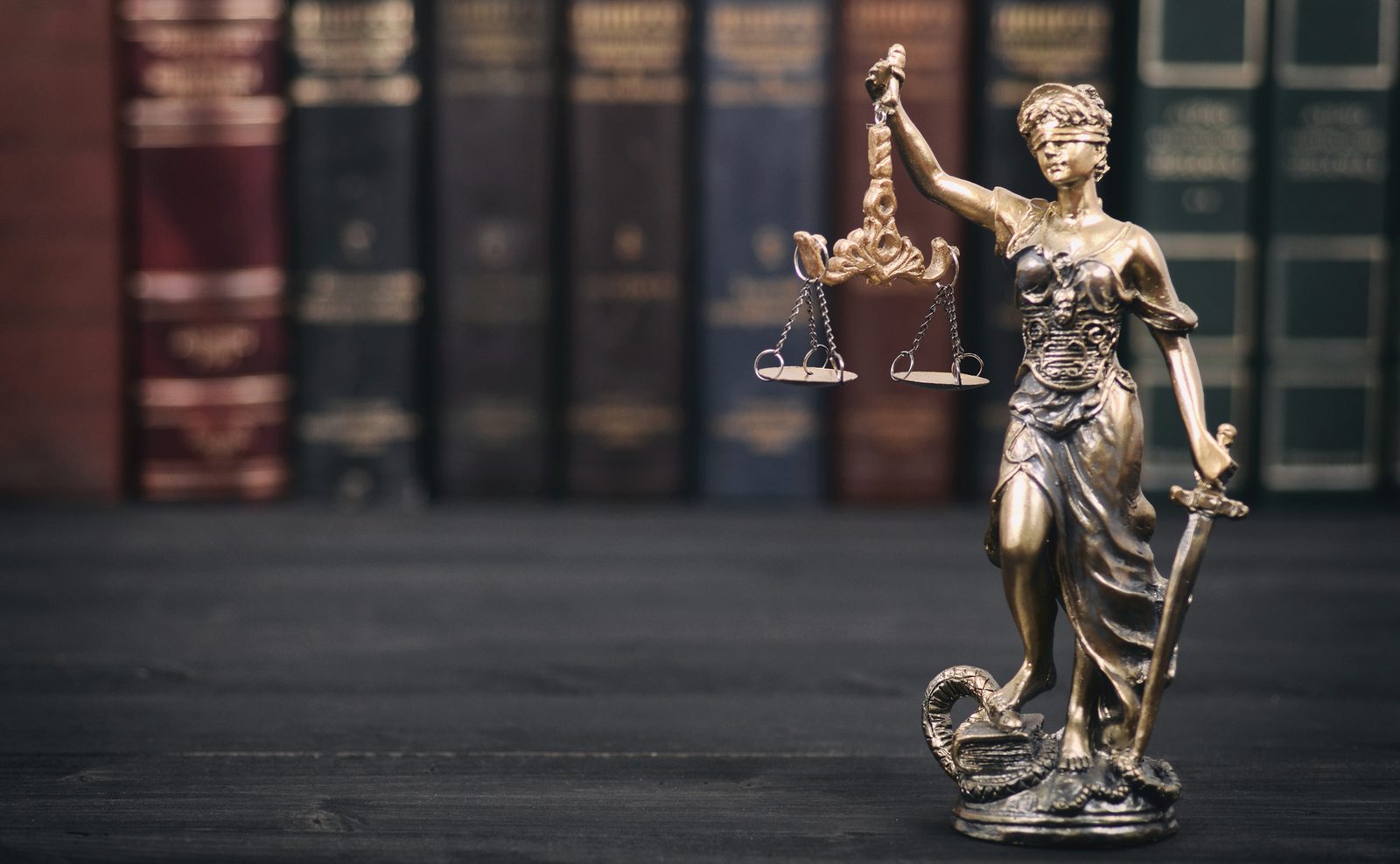 Professor Dallin H. Oaks, the Illinois Constitutional Convention of 1970, and the Liberating Power of State Constitutions

This article was coauthored by Anthony Jackson.

On May 7, 1970, the Bill of Rights Committee formally offered a written tribute highly commending Professor Dallin Harris Oaks for his service to the committee as Legal Advisor. In that commendation, the full committee, which was chaired by Elmer Gertz, a nationally respected lawyer, “extend[ed] its sincere appreciation for a job well done under frequently adverse circumstances.” The Committee added, “Working under extreme time pressure, often on less than 24-hour notice, Mr. Oaks and the students under his direction carried out research into fundamental issues before the Committee resulting, over a period of four months, in forty-nine memoranda totaling some 652 pages. Mr. Oaks further provided invaluable on-the-spot advice and counsel to the Committee during its deliberations.”

Professor Oaks, supported by a group of able students, worked for hours, for a period of four months in his capacity of legal advisor to the Bill of Rights Committee. Hard work was nothing new to Professor Oaks. June Oaks, Dallin Oaks’ first wife, who sadly died of cancer at the age of sixty-five, once noted, “[During law school, Dallin would] come home and say, ‘There may be smarter guys at that law school, but nobody studies as hard as I do.’” Professor Oaks’ hard work paid off, and he graduated first in his class and went on to serve as a law clerk for Chief Justice Earl Warren on the United States Supreme Court. That irrepressible work ethic is a characteristic of Dallin Oaks that has served him well, including in his current service as First Counselor in the First Presidency of the Church of Jesus Christ of Latter-day Saints.

As our students are learning, the Illinois Constitution framed by the Sixth Illinois Convention added significantly to the liberty of the people of Illinois. The ways in which the Convention and the Bill of Rights Committee increased liberty are too numerous to account for fully in an article of this length, so we are limiting our examination to a brief discussion of the following areas in which the Convention expanded liberty: equality or equal protection under the law, increased protection for prisoners, gun rights, and eminent domain. We will also discuss the Convention’s use of so-called hortatory language in a manner largely intended to inspire the people of Illinois. As we explore the Illinois Convention, we trust that the reader will be left with a more complete understanding of and appreciation for state constitutions as repositories of liberty.

Sections 2 and Sections 17-19 of the Illinois Constitution expand equal liberty for all Illinoisans. Section 2, much like the U.S. Constitution, provides that, “No person shall be deprived of life, liberty or property without due process of law nor be denied the equal protection of the laws.” Interestingly, the Bill of Rights Committee initially added “rights of the unborn” to help define whose equal rights were protected. In Roe v. Wade, the United States Supreme Court considered the right to life of the unborn to be a mere interest that may be but does not have to be recognized by legislators or judges, effectively relegating the right of the unborn to nothing more than a mere interest. The Bill of Rights Committee’s recommendation of a “right to life for the unborn” was defeated by the Committee of the Whole of the Convention and never became law in Illinois. Had it been adopted and ratified, it would have required that the right of life of the unborn be balanced against a woman’s right of privacy or choice in the abortion context. It is hard to imagine a more significant or controversial addition to the panoply of rights than recognition of the right to life of the unborn. Even though the Committee of the Whole failed to adopt this new right, they could have followed the lead of the Bill of Rights Committee and done so. In doing so the Illinois Convention would have illustrated the immense power of state constitutions to serve as repositories of rights at the state level.

All persons shall have the right to be free from
discrimination on the basis of race, color, creed, national
ancestry and sex in the hiring and promotion practices of any
employer or in the sale or rental of property.
These rights are enforceable without action by the
General Assembly, but the General Assembly by law may
establish reasonable exemptions relating to these rights and
provide additional remedies for their violation.

Section 18 prohibited “discrimination based on sex,” by the state, local governments, and school districts, which expanded the rights of women in Illinois beyond those then recognized under the United States Constitution. Section 19, in turn, enshrined the rights of the handicapped, protecting them from discrimination in hiring and the sale or rental of property. These rights of the disabled were not then recognized in the United States Constitution.

The rights of “criminals” and “victims” were strengthened based on the work of the 6th Illinois Convention and the Bill of Rights Committee. Section 11 provides, “All [criminal] penalties shall be determined both according to the seriousness of the offense and with the objective of restoring the offender to useful citizenship.” This provision declared, as a constitutional matter, that the purpose of the criminal system was to “restor[e] the offender to useful citizenship.” As noted in The Free (Legal) Dictionary, restorative justice places emphasis on “an equal concern for crime victims and offenders, while deemphasizing the importance of coercion [and retribution].” It also focuses “on the harm done to persons and relationships rather than on the violation of a law.”  Illinois adopted a version of this “restorative” model, to deemphasize punishment as a goal of the criminal justice system, while emphasizing victims’ rights (reparation) and restoring the criminal to a productive role as a citizen in society. Not surprisingly, and consistent with the restorative justice model, in Section 8.1, the Convention added a broad array of victim’s rights, to ensure that the victim had access to and could be a participant in the restorative ends of the criminal justice process.

The Bill of Rights Committee and the Convention also secured gun rights in ways that may protect gun owners if the federal government passes legislation designed to weaken those rights. Section 22 deals with the “Right to Arms” and provides simply that, “Subject only to the police power, the right of individual citizens to keep and bear arms shall not be infringed.” Interestingly, the Committee and Convention used a variant of the term “infringed” just as was done in the First Amendment of the United States Constitution in protecting the free exercise of religion. What is evident is that the Illinois Constitution provides a more vibrant right to bear arms to people of Illinois than is the case under the Second Amendment of the United States Constitution.

A final example of the liberty-expanding force of the Illinois Constitution framed at the Sixth Constitutional Convention is Section 15: “Private property shall not be taken or damaged for public

Illinois also added a few so-called hortatory (exhortative) provisions that were largely intended to increase public understanding and civic education. One of the most significant of those hortatory provisions was Section 23, which was entitled, “Fundamental Principles,” and declared, “A frequent recurrence to the fundamental principles of civil government is necessary to preserve the blessings of liberty. These blessings cannot endure unless the people recognize their corresponding individual obligations and responsibilities.” One can imagine a teacher in the Illinois classroom engaging her students by examining whether the “Fundamental Principles” enshrined half a century ago in the Illinois Constitution, including the idea that rights should be exercised responsibly, are still relevant in Illinois today.

Professor Oaks felt his time was well spent toiling with the Bill of Rights Committee in the Sixth Constitutional Convention held in Illinois. His work and the work of that committee, led by Elmer Gertz, resulted in increasing the rights of the people of Illinois, rights that remain vibrant today and stand as a reminder that state constitutions can and ought to be repositories of increased liberty. In his exhaustive exploration of rights, as legal advisor to the Bill of Rights Committee, Professor Oaks was unknowingly preparing for his future service as a justice on the Utah Supreme Court and some for his service as an Apostle and as a member of the First Presidency of the Church of Jesus Christ of Latter-day Saints during perilous times when rights are often under attack.

Rodney K. Smith directs the Center for Constitutional Studies at Utah Valley University and is the author of two recent books, JAMES MADISON: The Father of Religious Liberty and  Dolley and James Madison: An Unlikely Love Story that Saved America. Antony Jackson is a Wood Assistant at the Center for Constitutional Studies and is the team lead of students working to make the proceedings and commentary regarding the Sixth Illinois State Constitutional Convention available on www.quillproject.net. 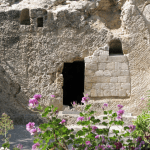