Only a Child of God? | Meridian Magazine 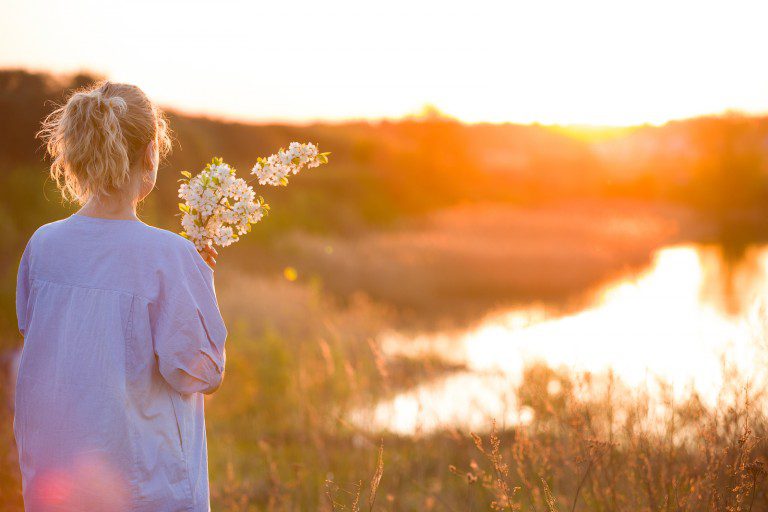 Only a Child of God?

We sing the doctrine filled with hope that it is true. We listen to our precious little ones who, holding to the front railing of the podium, sing with enthusiasm, “I am a child of God.” We take great comfort during moments of struggle and trial to hear the divine voice say:

“Verily, verily, I say unto you, ye are little children, and ye have not as yet understood how great blessings the Father hath in his own hands and prepared for you; And ye cannot bear all things now; nevertheless, be of good cheer, for I will lead you along. The kingdom is yours and the blessings thereof are yours, and the riches of eternity are yours.” DC 78:17-18

A little child is learning to walk, talk, and think so when they trip while toddling, it is not seen as a crisis. We comfort, encourage and help them stand to try again. Even with older children, the tripping is followed by much parental compassion, with no thought that child needs punishment or reproof for falling. Some stay down, overwhelmed with skinned knees and hands, but we know that with time and encouragement and even those nasty natural consequences, they will rise to toddle or run again, under loving parental coaching. We cannot bear all things, and He does lead us along, but do we remember the “good cheer” part? And then, why would He give the kingdom to children? Christ started in DC 29 by saying,

“Lift up your hearts and be glad, for I am in your midst, and am your advocate with the Father; and it is his good will to give you the kingdom.” DC 29:5

Then He repeats it sixteen times until now in DC 78, He has given us the kingdom and all the blessings, power, and possibilities of royalty. Father isn’t raising puppets but kings and queens. He let’s us toddle, trip, and learn as we navigate both mortality and growing the Kingdom of God, His church, which He has given to us.

But wait, in the beginning section of the Doctrine and Covenants we find Him addressing His leaders, not as children, but six times as His servants.[i] From child to servant; doesn’t this transition signal something significant? As parents with children we rejoice in the transition. When our tween or teen takes out the garbage just because it is full, or tomorrow is garbage day, without being asked, we rejoice and know that they are maturing nicely. We then incrementally add adult responsibilities and the accompanying privileges that guide them into adulthood.

This “servant” label is then continued through the revelations until DC 84. That may just seem like a numerical fact, but it is more.

What does it mean to be called, “my friend,” by Our Creator? When said to the ancient apostles they understood something about the word “friend” we need to know. They knew that when a young man wanted to marry a young Jewish woman, he went to her father who asked to see the marriage contract and know the bride price. The marriage contract detailed what he offered this man’s daughter and how he would treat her. The bride price, unlike some movie representations or modern apostate tribal traditions, was money or property meant for the bride, not the father and uncles. If the groom failed in his commitment and divorce ensued, the woman would then have a life with property. Once the father and the groom agreed on terms, the groom drank a cup called the “bitter cup.”[ii] Then the perspective bride was invited to discover what the groom had brought both to and for her. Once she had read the contract, knew the price offered, and she accepted, she would drink a cup called, “The cup of acceptance.”[iii]

At this point the couple was officially betrothed, bound by covenant which would take a writ of divorcement to break. Then for an undetermined period of time known only by the father of the groom, the couple could not be alone together. During that interim the bride prepared herself, and the groom was busy building or finishing the home and bridal chamber. He then chose one called, “the friend.” The role of which included chaperone, messenger, he was charged to help the bride prepare for her covenant day with the groom, and finally the one who announced, to the public, “behold, the bridegroom cometh!” But until signaled by the Father of the groom, none knew the day nor the time of the wedding. Only the Father could determine if all was done to make that day, great! So, as the bride-groom the Savior instructed His apostles by saying,

“Henceforth I call you not servants; for the servant knoweth not what his lord doeth: but I have called you friends; for all things that I have heard of my Father I have made known unto you.” John 15:15

To be called His friends was to be appointed to prepare the bride and warn the community when the bridegroom was coming. It therefore required that the friend be knowledgeable of what the groom or lord was doing. They needed to know “all things that I have heard of my Father.” So, for the transition from servant to friend to occur in DC 84 is instructional. We know the section best due to what we call the “oath and covenant of the priesthood.” But reading carefully from the beginning we find that the section is focused on the center pillar of Zion, the temple, wherein that oath and covenant is resident.[iv] Verses 19-21 verify this context of Melechizedek priesthood ordinances whereby we are endowed with knowledge and power; the knowledge and power of godliness – the power to exalt all we create. It is here that we learn “what the Groom doeth and where He makes known to us all that He “has heard from His Father.“

Like Abraham, known as “a friend of God”[v] includes for us, all that we loved as “a child of God,” all that we were promised as “a servant of God,” to whom the kingdom is given, and now all the capacity and responsibility of being His friend!

[ii] DC 19:18 “Which suffering caused myself, even God, the greatest of all, to tremble because of pain, and to bleed at every pore, and to suffer both body and spirit—and would that I might not drink the bitter cup, and shrink”

“Saying, Father, if thou be willing, remove this cup from me: nevertheless not my will, but thine, be done. Luke” 22:42

Something to consider while taking the sacrament!

[iv] DC 84:2-4 2 Yea, the word of the Lord concerning his church, established in the last days for the restoration of his people, as he has spoken by the mouth of his prophets, and for the gathering of his saints to stand upon Mount Zion, which shall be the city of New Jerusalem.

3 Which city shall be built, beginning at the temple lot, which is appointed by the finger of the Lord, in the western boundaries of the State of Missouri, and dedicated by the hand of Joseph Smith, Jun., and others with whom the Lord was well pleased.

4 Verily this is the word of the Lord, that the city New Jerusalem shall be built by the gathering of the saints, beginning at this place, even the place of the temple…

[v] “the scripture was fulfilled which saith, Abraham believed God, and it was imputed unto him for righteousness: and he was called the Friend of God.” James 2:23