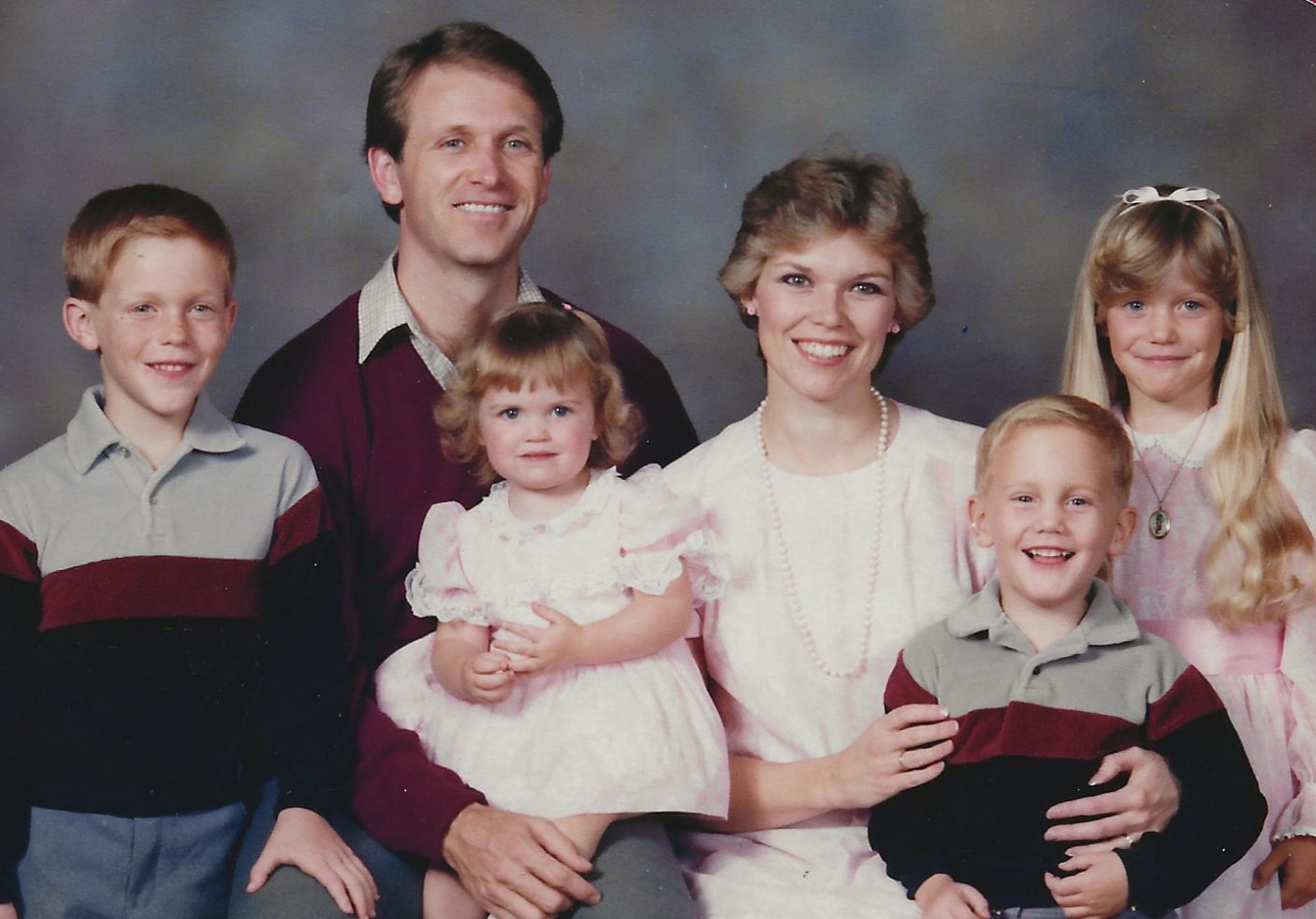 The room was a blur as Diane Hunter slowly woke up from surgery. Anesthesia was slow to release her from its grasp, as if trying to protect her from what she would hear when she was finally fully lucid. A ruptured ovarian cyst had brought her and her husband to the hospital the night before, and as Diane lay in the recovery room, she assumed only the cyst had been removed during her surgery.

But with serious tones, her husband Logan sat beside her and told her the doctor had found so much endometriosis in her uterus that during surgery, the doctor came out of the operating room to tell him the safest thing to do for Diane was a full hysterectomy. Knowing that Diane had previously been told as a 19-year-old that her heart problems wouldn’t allow her to healthily give birth, reflecting on the four beautiful children they had already had together, including the youngest who had miraculously come to them through adoption, and trusting in the doctor’s concerns, he signed off on the hysterectomy.

All Diane wanted was to be a mother, and her dream was to have six kids. She sat there in quiet shock and disbelief at the news. How could it be true? She had never experienced any signs of endometriosis in her life, and suddenly, at 33 years old, her reproductive organs were gone. As the hours of the day wore on into night and Logan went home to let her sleep in her hospital room, she lay awake, her bed facing the window and her eyes looking into the sky, praying for comfort and strength from Heavenly Father.

She came in and out of sleep all night, and in these hours of struggle with the Lord about this news, somehow Diane couldn’t get her maternal grandmother out of her mind. Her grandmother was a mother of 10 and was one of the greatest influences in her life. This woman meant everything to Diane and helped her become who she is. But one trait of her grandmother’s taught her something she didn’t want to be: bitter.

Her grandmother lost one of her sons suddenly and since then had always had a negative view of things. Diane watched her grandmother as a young girl and counteracted her grandmother’s pessimism with attempting to look for the blessing in every situation. But now, laying in the hospital, having been sterilized against her will, could she find a blessing in this situation? She would never be pregnant again or feel the flutter of baby kicks in her womb. She wouldn’t have any more biological children.

“It was then I had the strongest impression that this will either make or break me,” Diane said. “You have a choice here. You always have a choice. You know who you are and you know who you belong to, and you can either choose to move forward or turn into a bitter person.”

By the time her husband came to visit her the next morning, Diane had made her decision. She was going to move forward and not let this impact her or any of her relationships, especially her relationship with her husband who was doing his best to help her with the information he had. Though she walked away from her surgery with something precious and irreplaceable taken from her, she gained an even greater trust that God would give her opportunities and blessings she could not yet even imagine. She had to trust that.

Diane’s decision not to be bitter became even more important when she was recovered enough to go back to the doctor for a follow up appointment. Every question she asked about the surgery he seemed to blow off, confirming repeatedly the endometriosis was too serious to ignore.

She went from her appointment immediately to the hospital to retrieve her own medical records. Before her mission, she had worked in California typing medical records and pathology reports, and she wanted to see what specifics about her surgery she could find on her report. When the stack of papers was in her hands, she flipped through them and her eyes fell on one line:

The doctor had lied and coerced her husband into believing a hysterectomy was a necessary procedure while she had been under anesthesia. Somewhere inside of her, she had already known, but those two words confirmed her suspicions. In fact, she later learned that this doctor had done this to dozens of women, and she was invited to join many of them in a class action lawsuit against him (which she personally chose not to participate in). Yet her decision not to be bitter was sure, and with that decision she invited faith.

In Relief Society on one of her first weeks back at church after surgery. During the lesson, the teacher asked, “If you could write your own epitaph, what would you write?” Reflecting on all that she had been through, Diane chose three words she wanted as her spiritual standard moving forward—words that have now encompassed her whole life. “Believer, Nurturer, and Teachable.”

Her pain at her loss—the greatest trial and heartbreak she has ever had to face next to the loss of their son—was swallowed up in gratitude for the three biological children they did have and for their baby girl Lindsey they miraculously adopted two years before Diane’s hysterectomy. When Lindsey had been sealed to them in the temple at nine months old, she stared into Logan’s eyes the entire ceremony and placed her little hand on theirs without any prompting. They knew she was heaven sent to grow their family, and now they could see just what a blessing she was. So much had been lost, yet it opened Diane’s eyes to all that she had be given.

“This really isn’t about me. This is about the Savior,” Diane said. “He is so magnificent and so powerful. When has He ever failed me? NEVER! He has always put me back together, whatever the tears, whatever the heartache.”

Remembering this has helped her through many days of recovery and isolation during chemo treatments for cancer, undergoing 19 surgeries and coping with the loss of her son.

“Why should we not hope that righteous desires and Christlike yearnings can still be marvelously, miraculously answered by the God of all hope?” We all need to believe that what we desire in righteousness can someday, someway, somehow yet be ours.”

As a health care professional, I tend to view tort liability lawyers with a degree of suspicion. But in this case, legal action was clearly an appropriate way of sending a message to both the doctor and the hospital that deliberate malpractice is not something which can be allowed to stand unchallenged.!

This beautiful story is a perfect example of my favorite saying: "Don't let what you don't have spoil what you DO have". This is not just for big, hard events in life, as in this story, but can be a daily choice.