Here Are Some Smart Ways to Work Smarter | Meridian Magazine 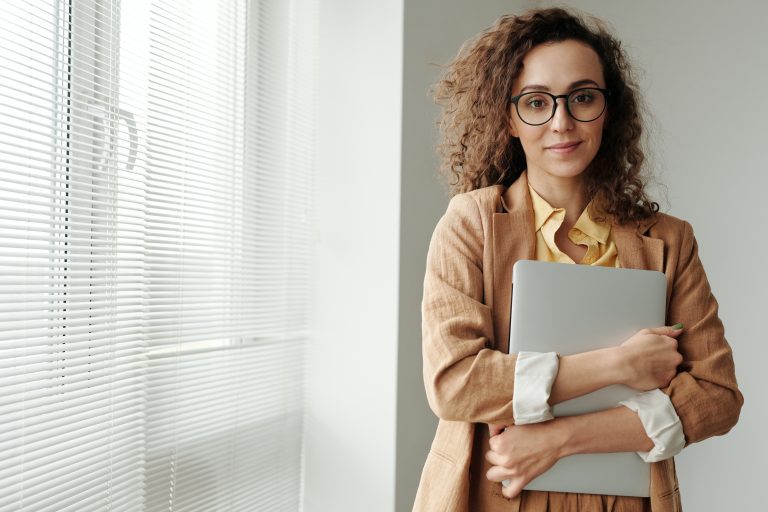 Here Are Some Smart Ways to Work Smarter

Management guru Peter Drucker had a knack for aphorisms that stop you in your tracks. One of my favorites is “There is nothing so useless as doing efficiently that which should not be done at all.”

Ouch! Been there, done that.

When mapping out my plans for each day, I ask myself “Does this project or activity really matter? Does it advance any cause that I value? Does it get me closer to any of the goals or outcomes that I’m seeking?” If the answer is no, I move on.

But here’s a catch. I sometimes make things more complicated than they need to be.

Admit it: so do you.

Greg McKeown can help. The bestselling author of Essentialism provides an empowering guide to achieving your goals without wrecking your health, your sanity, or your relationships. His clients include many of the biggest names in business and he’s an in-demand speaker at conferences around the world. He studied at Brigham Young University, Stanford, and Harvard.

Greg’s latest book is titled Effortless: Make It Easy to Do What Matters.

Do you want to turn tedious tasks into enjoyable rituals?

Prevent frustration by solving problems before they arise?

Work at a sustainable pace instead of powering through and exhausting yourself?

Make one-time choices that eliminate the need for many future decisions?

If so, Greg has some ideas that are well worth your attention.

Rodger Dean Duncan: Our culture seems to glorify burnout as a badge of honor and as a measure of success and self-worth. Why do so many people fall for that delusion, and what price are they paying?

Greg McKeown: It’s a virtue gone too far. People have been taught that hard work will lead to success, but they start to think that hard work equals success.

One example of this is a man named Patrick McGinnis. He had done all the things he was supposed to do. He’d graduated from top schools. He put in 80-hour work weeks. And he never called in sick. He had been taught that hard work is the key to everything you want in life.

Then one day he woke up to find himself working for a bankrupt company. His workaholic nature had taken a toll on his health as well. All his sacrifices had been for naught.

He knew things had to change. He stepped down from his role at work but stayed on as a consultant. He stopped working 80 hours a week. He started walking, running, and eating better. He lost 25 pounds. He started enjoying his life and his work again. And the type of work he is doing is more rewarding and less intrusive.

As a society, we’ve gone beyond thinking that hard work is a virtue to learning to distrust ease. But that shouldn’t always be the case. The lesson we can learn from Patrick McGinnis is when you simply can’t try any harder, it’s time to find a different path.

Duncan: Smart, well-intended people are often pretty good about adding activities to their projects and processes while failing to do much subtracting. What assumptions seem to be driving that kind of behavior?

McKeown: High achievers often believe the way to create more value is to go the extra mile. In other words, to be perfectionists about everything. They’ve been rewarded in the early days of their careers for going above and beyond.

For example, Kim Jenkins is a manager in university administration who felt that even taking time to eat lunch seemed selfish. She told me that the other day she was up at 4:00 o’clock in the morning for an unpaid church commitment the next day. She felt that if she wasn’t exhausted, she wasn’t doing enough.

So, I coached her to take on a new question. Instead of asking, “How can I go the extra mile to impress someone?” just ask “What is the effortless way to do this? What if this could be easy?”

She soon had the opportunity to put this method to the test when she was asked if she could have her videography team record a full semester of a class. In the past she would have jumped into the project, creating special intros and outros. But this time she wondered if there was an easier way to get the desired results.

A brief conversation revealed the videos were intended for a single student who couldn’t make every class due to a sports commitment. He didn’t need a highly produced recording; he just needed a way to avoid falling behind in his class. Kim asked another student to record those lectures on a smartphone. It cost her just a couple of minutes of planning instead of months of work for her whole videography team. And the professor was delighted with the solution.

In summary, I’ve found it useful to take on the rule that just because you’re asked to do X doesn’t mean you should add Y.

Duncan: A common view seems to be that there is work and there is play, and never the two shall cross. What’s the key to rejecting this false dichotomy, and what are the rewards?

McKeown: Almost all of us know about the idea of rewarding yourself for good behavior. But what if you could make the good behavior itself rewarding?

One example is the British activist Jane Tewson. She was determined to do something about the suffering she had seen firsthand in the refugee camps in Sudan. She knew the challenge charities face when trying to change people’s perceptions, build support, and ultimately raise money.

But Tewson had an idea to make charitable giving more active and fun by pairing something people already liked to do with contributing to the plight of people in need. In this case she partnered with more than 150 celebrities and comedians for a televised event to create “Red Nose Day.” More than half the country tuned in. People in every corner of the country bought red clown noses, with the proceeds going to the charity. It raised £15 million in a single day.

Giving to charity is important. Participating in a day of comedy is enjoyable. By bringing charity and comedy together, Tewson made giving easier.

Not everything we do is inherently enjoyable. But we can make it more so by pairing it with something that is.

Duncan: You write about outdated goals, suggestions, or ideas that live rent-free in our minds. What are some examples, and how does one replace them with a more useful mentality?

McKeown: We all have goals or ideas that no longer serve us.

Just recently I found myself in a store fully dressed in an authentic Stormtrooper costume. It was the culmination of a dream I had harbored ever since one of my older brothers planted an idea in my six-year-old mind: “Wouldn’t it be so cool to own a real Stormtrooper costume like they have in the movies?” It resided there quietly, unquestioned, until I was standing in the store 30 years later.

In that moment I clearly saw that not one part of me actually wanted to own a Stormtrooper costume. The idea had been added as a “to-do” in my brain three decades before, then had slipped beneath my consciousness. Evidently, it had been in my head all this time, taking up mental space.

To reclaim this space, we need to ask ourselves if this goal or idea is still worth pursuing.

Now when I think of acting on some suggestion without giving it the proper consideration, my wife, Anna, will ask me, “Is this a Stormtrooper?”

Duncan: As an important step to increased productivity, you recommend mastering “the art of doing nothing.” This seems counterintuitive. Can you give us an example?

McKeown: Joe Maddon, is the manager of the Los Angeles Angels. According to Maddon, a lot of players are taught to arrive at the ballpark early, participate in batting practice and prepare for a game hours before the first pitch. But at 162 games, the baseball season is long. Players can arrive at the playoffs totally spent. So, Maddon sees the advantage of a different approach.

He has implemented “American Legion Week” during the dog days of August, when player performance often dips. Instead of cramming in hours of pregame practice, he tells his players to show up just for the game. He encourages them to sleep in, take naps, and arrive fresh, the same way they did when they were teenagers, as amateurs.

Maddon’s approach has had a transformative impact not only with the Angels, but in other teams he has coached. After he launched American Legion Week with Tampa Bay, the Devil Rays made it to the World Series within a year. When he brought it with him to Chicago, the Cubs won the most games in the league over the next four years, including the World Series in 2016. Incredibly, over a five-year period, Maddon’s Cubs won 21 of 24 games during American Legion Week.

When our minds are fresh and we’ve had a chance to rest and rejuvenate, we perform better.