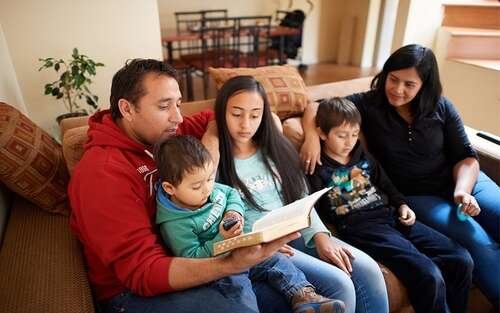 Below are the links to all of the Come Follow Me resources from Meridian for the 2021 Doctrine and Covenants curriculum. Lessons will be published one week ahead of when the lessons are scheduled.

When the angel Moroni appeared to Joseph Smith in September 1823, he foretold the restoration of the Aaronic and Melchizedek Priesthoods in connection with the translation of the golden plates. “When they are interpreted, the Lord will give the holy priesthood to some, and they shall begin to proclaim this gospel and baptize by water, and after that they shall have power to give the Holy Ghost by the laying on of their hands.”

Come, Follow Me for Sunday School: “That You May Come Off Conqueror”, Doctrine and Covenants 10-11

The word “desire” appears eight times in Doctrine and Covenants 11. Like any tender parent, the Lord is interested in what we are interested in. He wants us to have the desires of our hearts if they are righteous. And in the end, we will be judged as much by what we have desired as by what we have accomplished.

Come Follow Me #6: “That You May Come off Conqueror”, Doctrine and Covenants 10-11

As you read the Doctrine and Covenants, section 10 seems out of place chronologically. Since it talks about Martin Harris and the translation of the 116 pages, shouldn’t it come after Section 3? What happened? We’ll tell you today.

As we seek to, as President Nelson described it, “grow into the principle of revelation,” we can learn an important lesson from a legend told among rabbis about unlikely, everyday courage as the children of Israel stood at the banks of the Red Sea.

Come, Follow Me Podcast #5: “This is the Spirit of Revelation”, Doctrine and Covenants 6-9

By the end of September of 1828, the Prophet Joseph had repented of his sins in succumbing to the pressures of Martin Harris. The Angel Moroni had restored the Plates and the Urim and Thummim back to him and he was ready to begin translating again. He was promised by the angel that a scribe would be sent to assist in this work. We don’t always understand the Lord’s timing, because a scribe would not be sent for nearly seven months.

Come, Follow Me for Sunday School: “My Work Shall Go Forth”, Doctrine and Covenants 3-5

Several years ago, my son and I attended a father’s and son’s basketball camp at BYU. The camp was held over Memorial Day weekend and on Sunday we went to sacrament meeting in the Assembly Hall. The speakers for our meeting were Joe Christensen and L. Tom Perry. Elder Perry gave one of the most memorable testimonies that I can remember.

Joseph does not shy away from humbly including Section 3 in the Doctrine and Covenants, where he is severely chastened by the Lord for a failing. He could have hid it or polished it up to preserve his image, but because he is so honest, we not only get to see firsthand, the spiritual development of a prophet, but he also gives us all a deep teaching.

Come, Follow Me for Sunday School: “The Hearts of the Children Shall Turn to Their Fathers”, Doctrine and Covenants 2: Joseph Smith History 1:27-65

Come Follow Me, Podcast #3: “The Hearts of Their Children Shall Turn to Their Fathers”, Doctrine and Covenants 2, Joseph Smith History 1: 27-65

Do we know every scripture that Moroni told Joseph Smith on his September 21 visit in 1823? Our first answer is, “They are listed right here in Joseph Smith’s history.” Yet Oliver Cowdery told us there are many more. And here’s another surprise—all but two are from the Old Testament.

In every dispensation of the world a witness is called to testify to the people of that day and age that he has seen God and has talked with Him and has received instructions and guidance from Him. Faith comes and is increased by listening to and heeding the testimony of that witness. In our day, in this, the dispensation of the fulness of times, that witness is Joseph Smith.

It’s hard to leave our intense Book of Mormon studies behind, but we are now given the immense privilege of studying the Doctrine and Covenants and the early history of the Church and the Restoration of God’s Kingdom here upon the earth in our day. What could be more exciting?