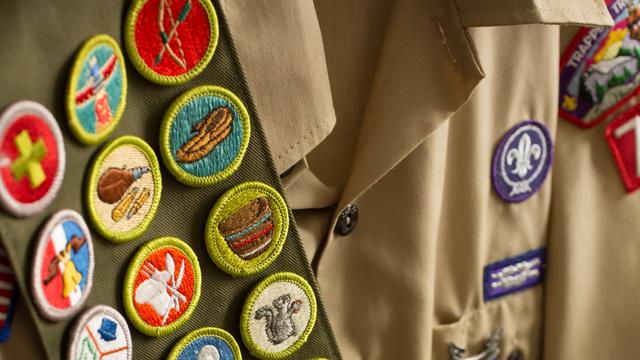 The Church of Jesus Christ of Latter-day Saints has announced that it will continue its 102-year association with the Boy Scouts of America in a statement made Wednesday from the Council of the First Presidency and the Quorum of the Twelve Apostles.

This relationship has been in question following a July 27, 2015 resolution by the Boy Scouts allowing openly gay leaders in the organization, which the Church said “is inconsistent with the doctrines of the Church and what have traditionally been the values of the Boy Scouts of America.”

Though the Church welcomes all boys into its Boy Scout units regardless of sexual orientation, its earlier response said it was “deeply troubled” by this vote of the Boy Scouts and needed to examine its relationship.

The Church of Jesus Christ of Latter-day Saints appreciates the positive contributions Scouting has made over the years to thousands of its young men and boys and to thousands of other youth. As leaders of the Church, we want the Boy Scouts of America (BSA) to succeed in its historic mission to instill leadership skills and high moral standards in youth of all faiths and circumstances, thereby equipping them for greater success in life and valuable service to their country.

In the resolution adopted on July 27, 2015, and in subsequent verbal assurances to us, BSA has reiterated that it expects those who sponsor Scouting units (such as the Church) to appoint Scout leaders according to their religious and moral values “in word and deed and who will best inculcate the organization’s values through the Scouting program.” At this time, The Church of Jesus Christ of Latter-day Saints will go forward as a chartering organization of BSA, and as in the past, will appoint Scout leaders and volunteers who uphold and exemplify Church doctrine, values, and standards.

With equal concern for the substantial number of youth who live outside the United States and Canada, the Church will continue to evaluate and refine program options that better meet its global needs.

Despite the Boy Scout’s best assurances that the Church can continue choosing leaders “according to their religious and moral values”, however, there are already indications that LGBT advocacy groups have not finished their work reinventing the Boy Scouts.

This was clear in July when the Boy Scouts changed their policy but allowed the religious exemption. Human Rights Campaign President Chad Griffin said, “Today’s vote by the Boy Scouts of America to allow gay, lesbian and bisexual adults to work and volunteer is a welcome step toward erasing a stain on this important organization,” said HRC President Chad Griffin. “But including an exemption for troops sponsored by religious organizations undermines and diminishes the historic nature of today’s decision.  Discrimination should have no place in the Boy Scouts, period.”

The Sutherland Institute reported: “Kenneth Upton, a lawyer for the LGBT-rights group Lambda Legal, questioned whether the BSA’s new policy to let church-sponsored units continue to exclude gay adults would be sustainable.

“’There will be a period of time where they’ll have some legal protection,’ Upton said. ‘But that doesn’t mean the lawsuits won’t keep coming. … They will become increasingly marginalized from the direction society is going.’”

Tim Sweeny told leading business activists attending the Out & Equal Workplace Advocates executive forum, “We are at a crossroads where the choices we make will mean we will fight religious exemptions for two to three years or have a protracted twenty year struggle on our hands.”

Despite the LDS Church’s statement today, we may not have heard the last of the story about the Boy Scouts.

What do so many Latter Day Saints try and second guess the Leaders of the Church. I see where some say they support the Prophet 100%, if we do, then don't worry about the decisions they just made. It will all work out ... just follow their lead.

I support Church Leadership 100%. As a local leader in a state other than Utah, we are having a fight continually with the Non-LDS BSA leadership. I was disappointed that the church is staying with the BSA. I know in our area, members are fed-up with the politics and beuracracy of the BSA. Friends of Scouting drives have been very hard in recent years and now, I fear, will be unbearable.