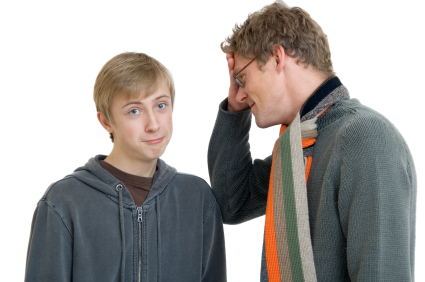 The conflicting voices in society about raising children leave many parents feeling confused about what their parental focus needs to be. Should parents focus on autonomy and let children guide their own lives and make their own choices? Or should parents train children with exactness; requiring that children learn how to behave for self mastery and future happiness?

Child led living sounds pretty ideal if you think of it in terms of the children taking on all the burden of raising themselves. They get to feel when they want to tell themselves no. The parent never has to be the bad guy, and the child is always happy right? Not to mention, that the parent doesn’t need to be bothered with teaching their children moral lessons and doesn’t need to worry about consequences or examining the child’s decisions. All decisions are based on feelings and emotions.

After the child grows older, the parent can look on as the teen spends countless hours entertaining himself on the Xbox, phone, computer, or with friends. With these distractions the parent is free from having to discuss too much and knows they have given their child exactly what they want to feel content and included in society. Or do they?

Child led parenting is extremely common in all kinds of house holds. Parents are doing anything to ‘keep the peace.’ Especially in step-parenting situations parents are likely to ‘hold their tongues’ when they see children misbehave. These parents are even more confused about what their role as parent should look like, and they are very concerned with being viewed as likeable. Isn’t indulgence likeable? Yes, but depth, understanding and sound principles are more secure to hold on to than a friend.

Child led parenting might pacify children for a time, but in the end is it really best for the child?

I know some people may not like the word training. They may think a parent who focuses on the child’s development by training is somehow thinking of themselves as breaking a horse or teaching a dog to stay in the yard. And, they may be. But, that doesn’t make training wrong. Just because the word training can be applied to a pet or animal doesn’t make it a wrong principle for raising children. I’ve always had to be trained for new employment and leadership positions. Training is just part of life.

If a child tells a lie, should a parent let it go or laugh it off? If the child lies a second time should the parent just ignore the behavior? What would happen if a child were not trained to tell the truth? Would the child have meaningful friendships and good future relationships? Would this behavior lead the child to happiness? I don’t know any parents who wouldn’t teach their children about telling the truth. Parents just seem to understand that honesty should be taught.

As with learning honest behaviors, other behaviors also require some training in order to be mastered. Learning to communicate calmly instead of whining is another useful skill to train children to use. After mastered, the child is emotionally free, more confident with communication, and generally happier.

I believe in training children. It is my opinion that training is one of the reasons God gave children parents. A loving God would never leave us alone to figure out what is right and wrong, good and bad, true and false all on our own without any guidance. He gave us sacred scripture and spiritual leaders to help us identify these opposites and choose correctly.

Similarly, parents should not abandon their children when they need them most. Following the example of God, I feel it is my duty and calling as a mother to train my children up in goodness, righteousness, and truth. However, to do this requires training and exactness.

Exactness is the part of training that parents tire of. They feel they are some how oppressive when they tell their child that they won’t talk to them until they are calm, or that they need to show respect by being able to follow the parent’s instructions. Telling children to “be calm” or “follow instructions” are examples of training in exactness. The parent is establishing a standard for the behavior to meet in order to be considered learned. By doing this, the parent teaches the child confidence. When a person masters a skill they realize that they are in control of their own destiny and feel empowered.

Where Does Happiness Come From?

Without going into a lengthy discussion on the many ways people view happiness, this are my simple findings about it. Happiness is a feeling of contentment, purpose, unity, love, peace. This feeling comes from emotional control. Some argue that happiness comes from other people’s actions or emotions, but I believe it comes from the ability a person has to control themselves; to have self-government.

If this is the definition, a person can grieve or sorrow and still have happiness. Emotions are not removed from a person who has self-government, they are simply understood and appropriately used to convey honest ideas, instead of being used for manipulation, attention, or power struggles. A person who owns their choices can focus on their purpose, understand others, feel gratitude and experience true happiness. This is what I want for my children.

Without question, training takes more time, acknowledges more parent responsibility, and can seem like it even hurts the child’s feelings at times when they attempt to power struggle out of their portion of the behavior responsibility. However, training a child to walk uprightly and virtuously is always worth it for the happiness it brings.

Even with the best training, a child could still choose to stray away from the training and teaching of his parents. He always has his agency. But, experience shows that over time the majority of children who stray away from what is right, good and true eventually return to the teachings of their parents. The voices from the past seem to echo in their minds and soften their hearts when they need it most.

What if there were no parent voices from the past to remember? Finding truth and goodness without ever being told what truth or goodness is would be a very difficult task in deed. People shouldn’t have to invent the ‘truth and goodness wheel’ generation after generation. Once goodness is found, teach it to the children so that they can focus on fulfilling their mission in life rather than just on trying to figure out life in general.

The parent confusion which has been addressed above is confusing because both ideas are based on true principles.

All people have agency and are able to make their own choices and should not be overly controlled. And children, as well as all people, should be trained in their youth in order to live happily and confidently in their relationships. The error comes when parents forget the role they are supposed to fill in the life of the child and abandon the child in the name of convenience or indulgence.