A Founding Moment: Our Most Sacred Property at Risk | Meridian Magazine 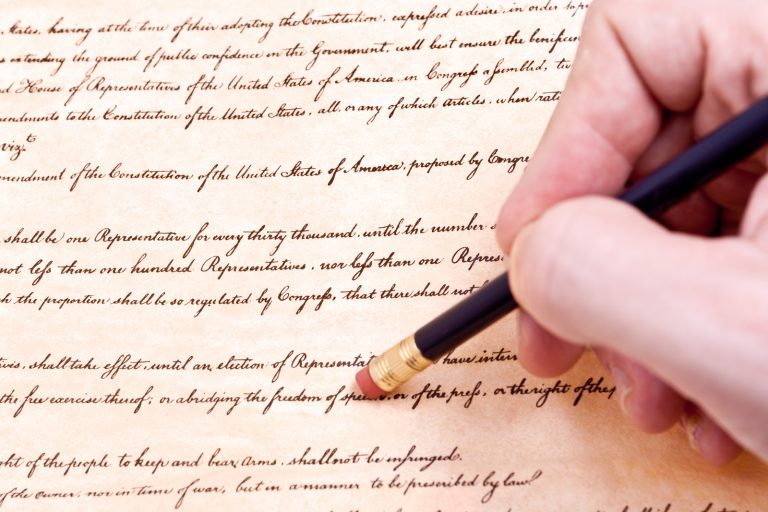 A Founding Moment: Our Most Sacred Property at Risk

Many Americans, including an increasing number in the rising generation, are more concerned about March Madness, the NCAA’s Division I basketball championship, than they are about religious liberty. Some share the view of Martin R. Castro, Chairman of the United States Commission on Civil Rights. Castro claims that cries for “religious liberty” are nothing more than “code words for discrimination, intolerance, racism, sexism, homophobia, Islamophobia or any form of intolerance.”

Not surprisingly, in a recent talk to Catholic lawyers, Supreme Court Justice Samuel Alito warned, “We are likely to see pitched battles in courts and Congress, state legislatures and town halls. But the most important fight is for the hearts and minds of our fellow Americans. It is up to all of us to evangelize our fellow Americans about the issue of religious freedom”

James Madison, the father of the U.S. Constitution and the primary author of the First Amendment, together with others in the founding generation, shared similar concerns. A review of the principles that motivated Madison and the framers of the First Amendment to protect the right of religious conscience from the slightest touch by government may increase understanding regarding the importance of religious freedom.

In advocating for religious liberty in the Virginia Declaration of Rights, Madison proposed that, “religion, or the duty which we owe to our Creator,” could only be limited by government when the existence of the state was itself “manifestly endangered” or when “equal liberty” of another is at risk. For Madison and members of the founding generation, religion was a duty owed to God, a natural right; as such, citizens must be “entitled to the full and free exercise of it.”

In an essay regarding property rights, written at the time of the ratification of the First Amendment, Madison explained that, “Conscience is the most sacred of all property.” Madison explained that other property was founded in positive law, the laws of men, whereas “the exercise of [conscience was] a natural and unalienable right.” Madison added, “To guard a man’s house as his castle, to pay public and enforce private debts with the most exact faith, can give no title to invade a man’s conscience which is more sacred than his castle.”

Madison understood that religious conscience is the most sacred of all rights, because it based on a duty to God, a duty central to who we are and desire to become, to our souls. Frederick Douglass put it well when he added, “I prefer to be true to myself, even at the hazard of incurring the ridicule of others, rather than to be false, and incur my own abhorrence.”

In a landmark article in the Harvard Law Review, Professor Michael McConnell, who teaches at the law school at Stanford University, examined the issue of whether religious conscience should be exempt from general laws. McConnell concluded that the original intent of the framing generation dictated that it should be. President John Adams was more emphatic when he declared, “Nothing is more dreaded than the national government meddling with religion.”

Martin Castro and others claim that recognizing the right of religious conscience will lead to the unequal treatment for women and the LGBT community. In truth, every woman and member of the LGBT community is an equal recipient in the most sacred of all rights, the right of conscience. To exempt individuals from general laws on the ground of religious conscience and to protect religious institutions from the heavy hand of the government leaves ample space for the exercise of every other right and for equal treatment for others. Failing to recognize religious conscience, on the other hand, threatens the souls of individuals and of our nation.

Joseph Smith taught, “It is a love of liberty which inspires my soul – civil and religious liberty to the whole of the human race.” May we teach the principle of religious liberty in our homes and be ready to defend it in the world.

Note: The Center for Constitutional Studies will be hosting a conference regarding religious liberty at UVU on April 6. The public is welcome. Contact Rod at [email protected] for more information.

Michael Neuhauser, the title contains superlative because it is from a James Madison quotation cited in the article.

"Our Most Sacred Property at Risk". I feel urged to say that I disagree with the use of the superlative in this context. Thank you for your understanding.