Your Hardest Family Question: How can our son thrive in a marriage with a disabled wife? | Meridian Magazine 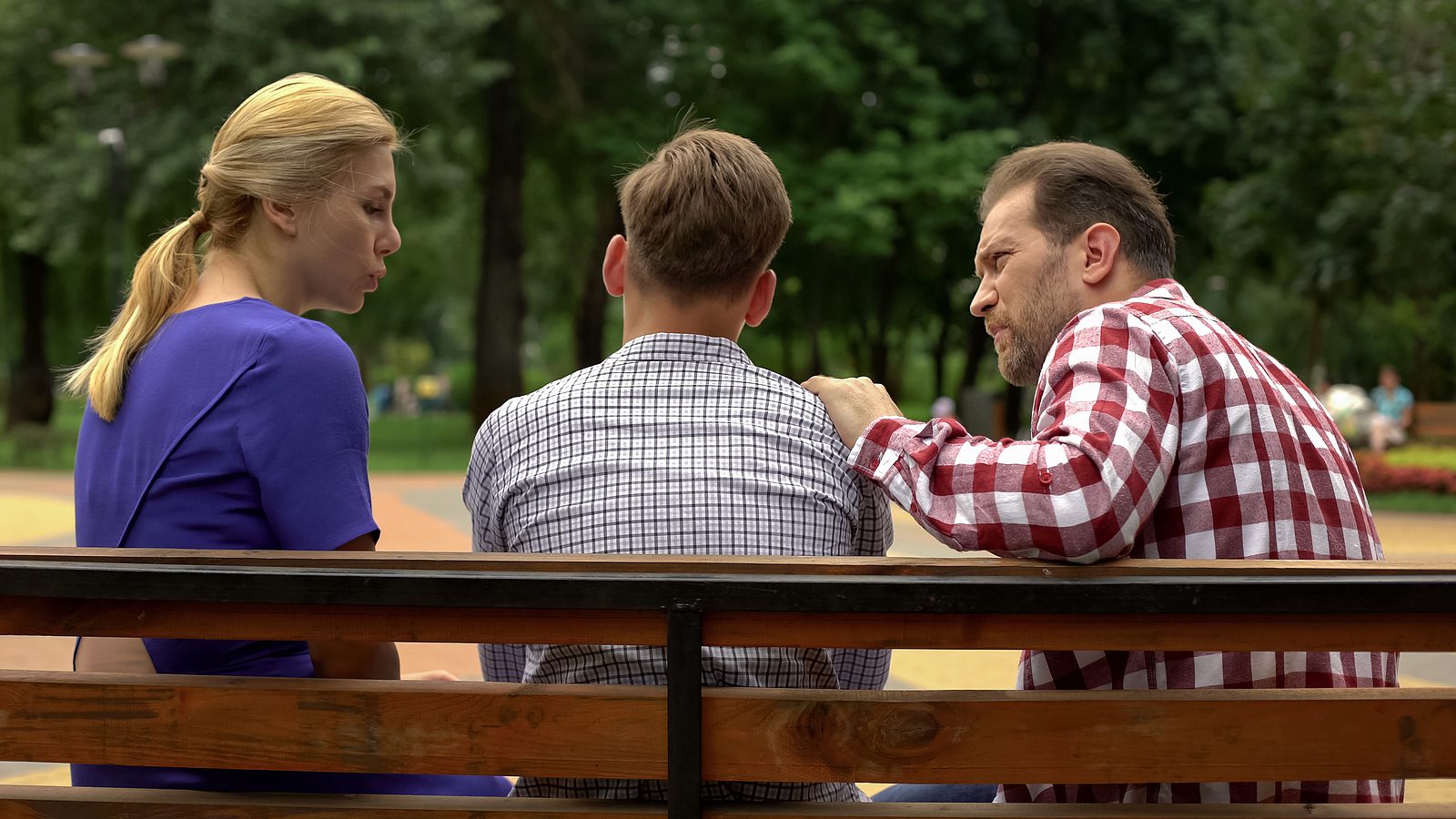 Your Hardest Family Question: How can our son thrive in a marriage with a disabled wife?

Our son’s last visit home was filled with despair. His wife is from another country. He speaks her language and admittedly says you cannot possibly know all the nuances of a culture without growing up in it. Most of their time has been spent in her country. They have three children. The couple of years my son has been reaching out to my wife and me, in more detail. His growing depression and despair are evident. He says she has an intellectual disability that he did not know about until after the marriage. I asked him how he could not know this while dating.

Apparently, they were constantly surrounded by others who would speak up for her. They have been married 13 years. One evening, he told me his greatest desire was to be in a partnership and be loved. Despair and loss of hope has hold of him with a grip he cannot shake. He has been faithful to his wife and the Lord. As parents, we are at a loss to counsel or comfort him. I have told him there’s more at stake here than his marriage. He holds the tender trust of children in his family and of what being a good father means. We have discouraged divorce because of the children. This last trip home we could see this is affecting his physical and mental health. At this point, we are out of helpful advice and would appreciate any counsel you could give.

The isolation of not only living in a lonely marriage but also a foreign country is clearly taking a toll on your son. It’s nice to know he’s able to trust the two of you with these deeply personal challenges. You worry that you’ve run out of helpful advice, but please don’t underestimate the importance of the lifeline you’re providing for him. While I can share some additional ideas to offer support, my belief is that your love and support is doing more for him than you might realize.

I respect your son for choosing to stay in his marriage to provide stability for his wife and children. Of course, it’s not her fault she has an intellectual disability, but I can see how crushing it must be for him to experience the constant loneliness of not having emotional and intellectual reciprocity from his wife. I don’t know how long into the marriage he discovered this, but I have to believe he’s known about her intellectual disabilities for some time. Surely, he’s already made some ongoing accommodations through the years as he discovered her limitations. Perhaps he’s now just realizing how difficult it is to be more of a caretaker than a partner?

It’s likely he started out his marriage noticing some of her limitations, but optimistically assumed that his love would be enough. Of course, his love and commitment do matter, as this is what will power his ability to keep his commitment to her and their children. However, if he was hoping she would change as he slowly discovered her very real limitations, now is the time to shift from hoping she’ll change to accepting her for who she is. This is sacred grief and loss work that takes time as he adjusts his dream for what he hoped for in marriage.

Granted, we all have to do this to some degree in our marriages. We all start out believing our partner will meet certain needs or stay a certain way. A significant part of maturing in long-term marriage is accepting those things that will likely never change. These can be small irritating things or significant changes that impact daily functioning. If your son chooses to stay in his marriage, his peace and joy will depend on his ability to accept and embrace his wife with all of her disabilities.

We’ve all been moved by examples of spouses who stayed faithful and dedicated to a disabled spouse after going through illness or accident. One of the major risks of completely giving ourselves to another person is accepting the possibility that our partner will change in ways we never anticipated. I’ve witnessed couples wrestle with significant changes that stretch their capacity in ways they didn’t anticipate. Some of the changes I’ve witnessed have involved physical deformities, traumatic head injuries, changes in religious beliefs, changes in career, significant weight changes, and many others. All of these have pressed the affected spouse to go through their own grief process as they’ve surrendered the script they had written for their life and accepted a new reality.

In the Doctrine and Covenants, the Lord connects priesthood power to long-suffering.[i] We often believe that long-suffering isn’t fair and needs to be eliminated entirely. At the same time, we worship a Savior who bound himself to us through his incomprehensible suffering. While none of us want to invite additional suffering (the Savior even asked if the bitter cup might pass from him), we do want to be purified. Your son, like all of us, has a sacred opportunity to step into a purifying process for him and his family as he courageously accepts what is.

It’s true that some surprises in marriage cannot and should not be tolerated. Affairs, addictions, abuse, and abandonment diminish the dignity and well-being of other family members and need serious attention.[ii] All of these involve choice and need to change.

Even though your son is going through a difficult grieving process, it doesn’t mean that he has to spend the rest of his life gritting his teeth in agony. There is peace and joy on the other side of acceptance. Invite him to see where his wife already responds to him. Ask him how she tries to show her love toward him. Identify how she works to bless his life and the lives of their children. He might be grieving elements of their relationship, but I imagine there are some areas where she is a blessing in his life. Yes, he needs to grieve and accept areas that will never change. At the same time, he can be freed up to see her as she really is.

Hopefully he’s building a social network of support for himself where he can surround himself with good men and loved ones who are responsive to him and give him a place to express himself. He needs to know that he can be seen and understood by others. This is a basic human need that will do much to boost his mental and physical health. It’s also important for him to see if there are ways he can support and encourage community and support for her.

He may also have tendencies toward being a caretaker, which is why he may not have seen some of her disabilities early on in the marriage. This is also an opportunity for him to examine and change caretaking patterns that may be out of balance and creating burnout. Are there things he can delegate or outsource? Can he stop over functioning in some areas and allow her to do more? I don’t know the details of their situation, but he may be overcompensating and creating the very imbalance he believes can’t change.

I recognize there aren’t easy solutions to these challenges. Your love and support for him and his family matters tremendously and can’t be overstated. Please don’t believe that you have to rescue him from the soul-stretching challenges of his marriage. He has done tremendously hard work and can continue growing and learning in his marriage. I respect and admire him for his deep commitment to his family and his courage for recognizing that he can’t do this alone.

Loved this. The sensitivity and tenderness in the authors response, validating and encouraging those in this situation was beautifully done.

This is not an easy road. But it can be a consecrating road. My experience is different in origin, but the lessons may be parallel. Her disabilities, and inabilities, whatever they are exactly, are not eternal. How does she show her husband that she loves him? What daily actions or responses demonstrate her heart? Is there substance there, and can he see the eternal future in the joy of that day when all these mortal handicaps fall away? I was just rereading 2Corinthians 4:17 this morning: "For our light affliction, which is but for a moment, worketh for us a far more exceeding and eternal weight of glory." We feel the affliction is not 'light' now that we're living it, but before we came to this earth we saw and understood the 'glory' as we cannot on this side of the veil. That was a powerful insight to me at a point of need. Who is your wife as a daughter of God who will have all losses restored in that glory which is to come? Can you learn to place the burdens of those present losses at the Savior's feet, and through the power of his love and presence find lightness of heart? Ask and keep asking to be able to see her as the Savior sees her. Create, use, and recognize a support system. Get care for yourself, get medical or counseling support grounded in the gospel, remember that your own needs matter--don't just subsume them in being a caretaker, that's unsustainable and not what God requires of you or wants for you--but there may be a path of happiness here still. Prayers and hope go with you.