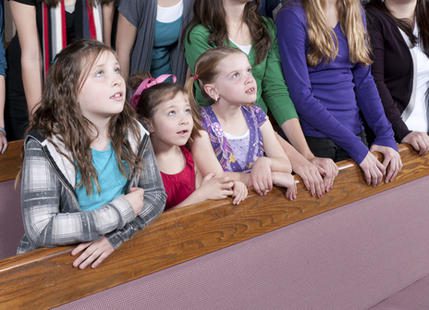 Why some religious ‘nones’ still take their kids to church

Christel Manning has been on a spiritual journey in recent years.

She attended a Unitarian Universalist church, but it didn’t speak to her heart. Then she ordered some books about Buddhism to read at home.

Manning, a professor of religious studies at Sacred Heart University, didn’t do these things out of a sense of spiritual unrest. She did them because she had a daughter.

“I felt compelled to really think about (my religion) and sort out” what I believed, she said.

Manning is a self-described religious “none,” a category of people who don’t affiliate with a particular faith that comprises nearly 23 percent of the U.S. population, according to a recent Pew Research Center survey. Instead of joining a particular religious group, nones choose to cobble together a unique set of spiritual practices or reject religion altogether.

As Manning’s experience with her daughter illustrates, parenthood presents a challenge to none parents, who often worry about the consequences of keeping their children away from faith communities. In her new book,Losing Our Religion: How Unaffiliated Parents Are Raising Their Children, Manning explores the various ways members of this group sort through their spiritual conundrum, which includes attending church as a family.

“Parents must consider whether to raise their children with the value system they have now,” or allow them to make their own choices, she said.

And if they decide on the second option, parents have to accept that their children might follow a more faithful path than them, according to other sociological experts.

To read the full story on the Deseret News, click here.