Why should I Consider the Lilies? | Meridian Magazine 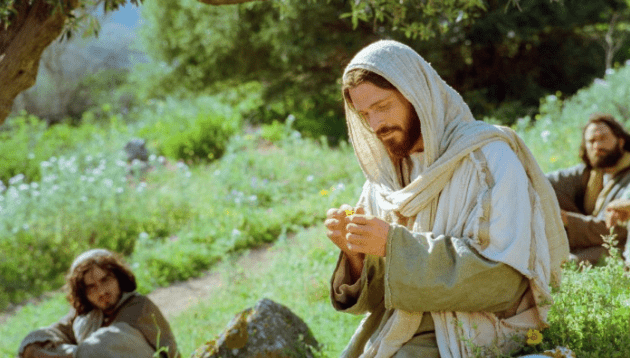 Why should I Consider the Lilies?

The following was written by KaTrina Weyerman for MormonHub. To read the full article, click here.

Melanie and Roger have dedicated their lives to writing music for the Lord’s kingdom. Roger gave up a regular well-paying job to start composing full-time. They didn’t have a lot of money, but they knew that’s what the Lord wanted them to do. They saw little miracles frequently that witnessed to them the power of the Lord—how He will take care of those who trust Him.

It was shortly thereafter when Roger was playing in the chapel (as they didn’t have a piano at their home) and a melody came to his fingers, which he replayed until it solidified. Then words came into his mind.

“Consider the lilies of the field, how they grow…”

He wrote the first and second verses and thought he was finished. But then, as he was about to get up, he felt that he needed to sit back down to finish composing. So he did. And he started writing:

“Consider the sweet, tender children
Who must suffer on this earth…”

In his own words, he said, “I panicked. I was afraid to tackle so large a subject. I thought, ‘My pen is too small to deal with a problem so great.’ The thought came into my mind, ‘You’re not writing this, anyway.’ I then remembered someone very dear to me who once said she had a hard time understanding why God would allow little children to be abused, and I had a great desire to help her understand this subject better and be comforted. This urged me on.”

Then he completed the sweet verse:

“The pains of all of them he carried
From the day of his birth.
He clothes the lilies of the field,
He feeds the lambs in His fold,
And he will heal those who trust him,
And make their hearts as gold”

There are so many wonderful gospel nuggets in this song that have led me to ponder this song repeatedly, asking myself “Why should I consider the lilies of the field?”

First, let’s look at lilies. Did you know that the white lilies that we often think of are not the lily Christ was referring to? Gloria Seuss, a former writer for Jerusalem Perspective, discusses in her article “Lilies of the Field” different types of flowers that are native to Israel and could be a candidate for the flower Jesus references.

“The Dog Chamomile has more than twenty varieties in Israel. This member of the daisy family blooms from January to June throughout the land. It is quite distinctive from the previous candidates, having many branches with small blossoms. Often under foot along paths and roadsides, this daisy is usually taken for granted. When viewed seriously, the brilliant white outer petals and golden-yellow center are very beautiful.”

Seuss goes on to say that these flowers are very brief in season, but that the people of Israel are well acquainted with these flowers.

“God the Creator has adorned these brief and seemingly valueless parts of his creation very beautifully. He is much more willing and able to clothe and adorn man, whom he created in his own image with an eternal soul.”